This is my 1st Blender project, and the last time I tried to learn a 3d program was around 2008. So 1K thanks and props to Blender and its communities that produce tools and educational materials to hone our skills, allowing us to manifest our ideas into concrete forms. Shout out specially to Blender Discord, and SheepIt Render Farm: If I did render with my own PC alone it would have taken me nearly two years!

An animated visualisation composed to respond the lyrics of a pop-cinematic duo’s song, Tarahese, which talks about the concepts of Microcosm and Macrocosm. They point out the structural similarities between the small order and the great order of the cosmos: Human beings and the universe.

The lyrics of "Manifestations" talk about the concept of Microcosm and Macrocosm, which points out the structural similarities between the small order and the great order of the cosmos: Human beings and the universe.

To strengthen the pull, the vocal melody was composed to have an orderly disposition, reflecting the systematic structure in our universe. At its initial creation, the music was inspired by the moods felt in a small bar/café with a sole acoustic piano accompanied by a singer. The steady rhythm of the piano chords serve as a base for this song, while the lead vocal dances slowly on top of it. In the middle part, there is an instrumental section which uses the sounds of mellotron to represent something “unfolding”, a “realization” moment.

They reckon that the blending of old sounds (piano, bass, acoustic drums) with the “new” sound synthesizers (mellotron, FM synth) pave the way to this unfolding and realization process, which ultimately connect to the frame of mind mapped out in the vocal note and lyrics.

Based on the characteristics of the song, a virtually steady camera angle and movements are used to reflect the "order" of it.

Visually, the environment is an amalgamation of several Asian and European cities, which in turn are places of living for people of diverse cultures. The various colours emanating from the inhabitants represent the diversity of their psyche. Moreover, we see a city as a collective manifestation of people's minds living among its spaces; it reflects their behaviours and projects their aspirations.

A couple of words used on the neon signs are trivialities about our duo. For instance, Regalia and Noce Moscata are the duo's birth name in Italian. But the majority are excerpts of the lyrics translated into a number of languages (Sundanese, Javanese, Korean, Japanese, Italian, Turkish, Arabic). Likewise, the actions made by the elements present in the video are again reflections of what is being told in the lyrics. Some of which are as follows:

“Just like projections folded thrice”, is what the city does: it folds three times to recall the dimension we currently living in.

At the same time, “Dying mind, shine and find” reprise our aforementioned idea of what the city represents: a collective manifestation of people’s mind, and that is why it is pictured as malleable; while its rising up movement illustrates a process of searching for something.

The passage “Finest sign, trillion of a kind” is represented by the neon signs; how we have enough information to find what we seek, but often ignore that very data surrounding us, on purpose or unintentionally.

Ultimately, “Far nearby, in a circle line” is being portrayed by the route the city is folding: it searches what is already near or inside the human being, so it is kind of folding on itself, mirrored; in a cyclical process.

Thus, the animated video aims to go in tandem, if not reinforces, those feelings the song tries to convey.

Learning Blender (and basically, 3d) from scratch, the amount of tutorials available online was an enormous help, along with the helpful Blender users in several forums and Discord channels.

Initially the chosen render engine was Eevee because of its speed, but the need to show the sun's movements and the shadows it creates later emerged; Nishita Sky was essential, so Cycles was used.

The modeling and animation were made using basic tools/techniques. The realism was bumped a notch by using 2K and 4K textures techniques.

OTHER WORKS BASED ON THE PROJECT

A couple of artworks for the Single and Profile:

“Tarahese” ― An introduction made for the musical duo’s debut with the very name:

Thank you for viewing, listening, and manifesting ~ 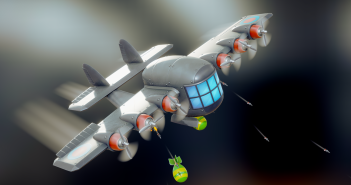 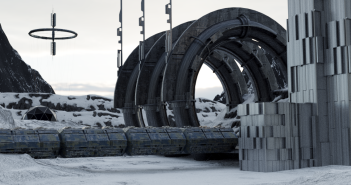 Next Article The Environmental Kitbash [$]