My name is Ninon Ringenbach Trifilieff, and I wanted to show you the short film that I made, alongside three other students, for our end of Bachelor's degree's project. Their names are Rodolphe Savolle, Paul-Adrien Butty and Alexis Lainé. The music and sound design was made by Chaper.

I wrote the story of Broken Token with the limitations of our time, means and knowledge in mind. I also wanted to do something ambitious, challenging, and something that was exiting to do for all four of us, as it is our first 3D short film, I wanted us to be proud of what we created.

This short film was mostly made in Blender, and animated with Maya. The rig was also made in Maya. With the use of Alembic exports, we managed to include these animation back in Blender, in order to render them trough Cycles. The modeling was made in Blender, and the texturing mostly in Substance Painter, even though the procedural textures came in handy when it came to the background objects.

This film was made possible by Blender's scatter and instances tool, as the dump was pretty heavy and the computers that we used were not really up to date.

Please keep in mind that we have studied Blender for little less than a year, and that this project was made in two months, so anything is possible with a lot of work ! What i love about Blender, is that the possibilities seem endless, and that it's community is so active and passionate that there is a tutorial for anything that comes to mind ! It really is refreshing to experience.

Here is the link to our film, please take a look at our work and to hesitate to provide any feedback, we would love to read your comments :)

I'm a 3D student in Condé Lyon, beginning my master's degree in september. I've been learning Blender for little less than a year, and my interests are 3D modeling and texturing. I also try to learn how to sculpt organic characters on the side. 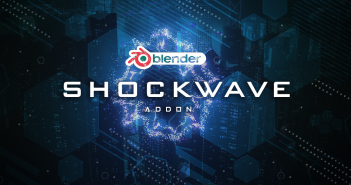 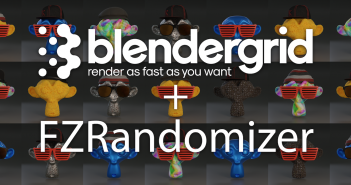