As my first post here, I'm thrilled, and a bit nervous, to share my first animated short movie.
It's called SPOON and was done for a contest called Nikon Film Festival. It's now one the 50 finalist of this contest (on 1600 movies),

As I am more a live action director, I've tried to transfer this way of working to the 3D world; which mean that I bought a lot of models, including character and rig (Kudo to Alexey Drozd for amazing rig). I have done, for whatever reason, this film alone, in about a week, and it was a stunning adventure for me.

Blender is such an amazing tool, and the community is outstanding. It's a whole new world for me, and I'm excited to learn more and more, in community like this one.

There are 2 ways to see the movie: On the contest site (it's in french with EN subtitles), or on Vimeo, with an updated, and a bit longer version, with shot re-rendered:

If you're interested, I have a short making of.

Some details: Render on Cycles on blender 3.0

Samples varies beetween 500 and 3500. No denoiser on blender, but on Davinci Resolve, less intrusive.
Render online on ConciergeRender.

I've discovered Blender about 2 years ago, and immediately felt in love with. It's a whole new world for me, a perfect tool to iterate, create, and discuss with passioned people. 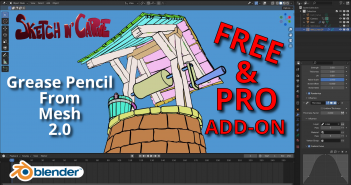 Previous Article"Grease Pencil From Mesh 2.0" Free and Pro versions are Out! [$] 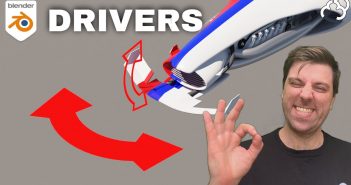 Next Article Using Driver to Control a SCIFI Vehicle in Blender