The Blender Studio has just announced that Sprite Fright is part of the official selection of three major Academy-Qualifying Festivals:

The Blender Studio team is proud to announce that Sprite Fright is part of the official selection of the Academy-qualifying @ciff, @itfs and @annecyfestival! #b3d pic.twitter.com/B3vLDIdjgc

Since its release on the 29th of October 2021, Sprite Fright received a lot of praise from Blender and Animation fans alike, garnering millions of views online in a few short months. Watch the film on the link below, and subscribe to the Blender Studio for a ton of behind-the-scenes content on the film. 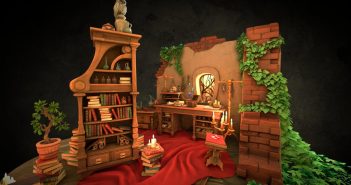