VictorG reported a cool story about how Framestore usec Blender during the preparation stages for Venom 2:

Newton teamed up with Ben Kovar from Framestore’s art department to begin development. Together, they started from scratch, testing different kinds of inks and pencils on paper, comparing textures to find a line style that fit the film’s narrative. “Weirdly, the hardest thing from a design standpoint was getting the level of ‘artistry’ correct,” says Newton. “We knew we could go childlike and naive, but simultaneously imbuing that dark sense of malevolence and violence into the linework was a big challenge.”

Finding a unique look for the drawings and animation was a challenge. “We had nothing to base it on” says VFX supervisor Stuart Penn, “as the closest thing was probably the ‘Tale of the Three Brothers’ from the later Harry Potter films, but this was much more abstract.”

Once the team had created the right look and style, they moved to Blender; the visdev team, led by visdev supervisor Horacio Mendoza, was already well-versed in software, so they started off by creating an animatic before pushing the development of the design elements even further. 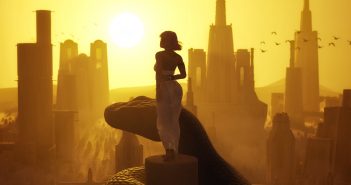 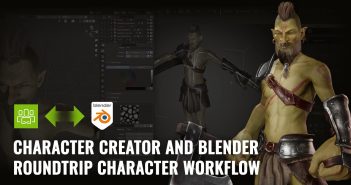