The Blender Cloud was launched in March 2014 to support the ongoing Gooseberry Open Movie project (Cosmos Laundromat), as a way to provide a stable funding platform for the Blender Studio, especially when compared to more sporadic funding campaigns such as DVD sales. This allowed for the hiring of full-time permanent studio members, and the increase of the production value and ambitions of the studio.

This is one of the main reasons behind the name change, to accurately reflect the purpose and standing of the online platform, which is intimately tied with the Blender Studio. All "Blender Cloud" subscriptions remain unchanged, they will just be referred to as "Blender Studio" subscriptions.

Check out the full announcement by Francesco below for more in-depth information on this change and the road ahead on the link below: 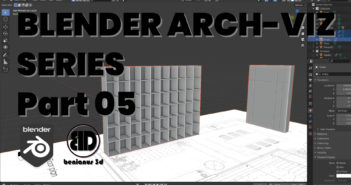