Tired of FBX import errors and clunky add-ons when working from Blender to Unreal Engine? Well... Mr Mannequin has raised his standards!

This update heralds a new age of rigging and animation for the Unreal Mannequin within Blender. We've got totally modular and agnostic rigging with automatic per chain IK to FK and FK to IK alongside many other advanced rigging features.

The best thing? This rigging can quickly and easily be applied to almost any armature! I manually rigged the mannequin from only deformation bones in under 10 minutes using these tools, and so could any semi-experienced rigger.

I've also created a much more efficient pipeline for updates so i can implement them very quickly so there will be more of them.

Over the next few weeks i'll be bringing UE4 Mannequin compatibility for ANY humanoid into the add-on... I've got the code, it works, i just need to present it in a way that other people can use!

So stay tuned for the separate releases of my Rigging, Compatibility and Retargeting add-ons as well as their future implementation into Mr Mannequins Tools and all the short guide videos that go with everything.

You can get it for free on Gumroad! Donations appreciated. It's also on Blender Market if you feel like giving 10% of proceeds to Blender.

Jack of all creative trades. 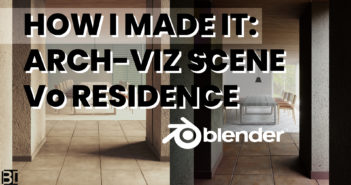 Next Article How to Create Fog using Blender's Mist Pass