It is a tool for texturing by projection mapping from multiple cameras to one UV layer.
Initially it was an in-house tool in our studio, but then I decided to polish it and make public.

It works just like a ray-tracing render engine but vise-versa: instead of taking a color of pixel from texture on UV map, project it to surface of object and then to camera, Eyek picks a pixel from camera's background image and renders it to UV map.

Back-end of Eyek is compiled from Rust code and it allows a fast execution as well as multi-threading, which means that on CPU with 6 cores and 12 threads making a texture from one camera projection or ten would took pretty equal time.

You can find it on Gumroad.

Please feel free to contact me with your suggestions about features for further versions or any questions about Eyek.

By the way let me tell you a short story about the name.
Eyek named after Netherlandish painter Yan van Eyck, who supposedly first started using the camera obscura in painting, and this principle is similar to how my add-on works. 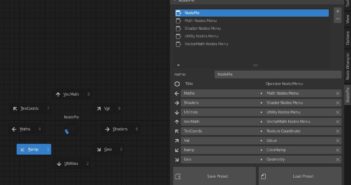 Previous ArticleNodePie - A better way to add nodes in your shader 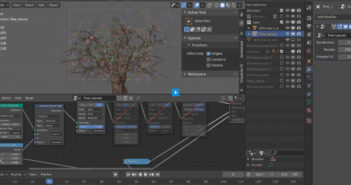 Next Article Leaves and Moss With Geometry Nodes