Hi everyone, I wanted to share this music video I made with Dadbod Films late last year for the Irish music project known as For Those I Love. The video was just released today.

The director at Dadbod Films, Sam Davis, reached out to me after seeing some of my blender experiments online. He had an idea to produce an entire music video using photogrammetry. In October and November we did a series of tests to develop a pipeline for the video's production. To get the look that Davis envisioned, we set up a system of taking about 200 photos of each character and up to 3000 photos of each scene with either a DSLR camera or a phone and used Meshroom to process the photos into usable meshes which were then imported into Blender and built into sets. Davis liked the gnarled, broken look Meshroom provided as it supported the video's concept of exploring decaying memories.

The production used about 25,000 photos to get the final look. We had only six weeks to complete the six-minute video. Eevee was key to our success as it allowed rapid iteration of each scene's development and the realtime Eevee viewport permitted us to collaborate on the production together across two continents using platforms like Discord and Google Meet (I'm in upstate New York and Davis works in London). We are currently producing a behind-the-scenes of the video and it should be out soon. The production was a blast to work on and I managed to recruit some new folks into the Blender community in the process.

I'm a multimedia artist and teacher based in Buffalo, NY. I have been using Blender since 2006. 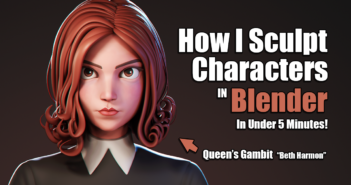 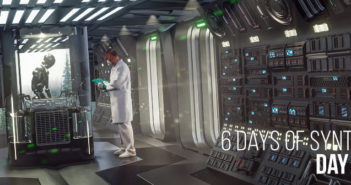