It's only been a couple of weeks since we last checked up on "Sprite Fright", Blender's latest and most ambitious Open Movie to date, but there's already a ton more to talk about! Make sure to check out the full blog posts linked at the end of the article.

The films that influenced Sprite Fright

In a discussion with co-director Hjalti Hjalmarsson, Cristian Bunyan reveals Sprite Fright's biggest influences in a blog post on the Blender Cloud. Here, Hjalti reveals that nostalgic 80's horror will be the film's backbone, with films such as "Gremlins" and "American Werewolf in London" being notable examples.

Other references include more modern horror interpretations such as Shaun of the Dead, and even Wes Anderson's Isle of Dogs for its hyper-real take on the animated Genre.

In another blog post,  Cristian talks with Sprite Fright's art director Andy Goralczyk about his efforts to give the latest Open Movie a distinct style and language, one that is distinguishable from familiar tropes in recent animated movies.

Andy outlines their approach to stylization, which is the defining factor in the visual style of the film: "Chunkification". This design philosophy has been fine-tuned over the previous Open Movie projects, notably Cosmos Laundromat and Agent 327: Operation Barbershop, 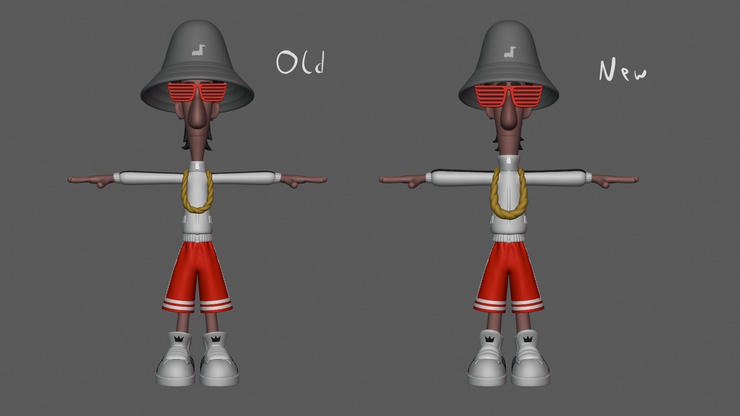 Cristian writes: "The subtle art of Chunkification, before and after. With extra chunky necklace, shades, and other tiny details to make Jay fit into a coherent reality."

According to Andy, chunkification is best described as the following:

"...Chunkification is about looking at things through the lens of a model maker. What would happen if we built something from the real world, but on a smaller scale? Certain features would get bigger, other features would disappear altogether, and you wouldn’t get such sharp corners.” In other words, “Chunkification” does what it suggests. “We’re trying to simplify stuff and make things more, well, chunky.”

The first thing I worked on when Sprite Fright started were the Sprites themselves :3
They were meant to look cute, innocent and childlike.
But since the movie is a horror comedy there is of course more to it than that ;)
Find way more and support us on the @Blender_Cloud!#b3d pic.twitter.com/gm4KDzc94f

Here's a good look at the size of the Sprite next to our main character Ellie. More on her soon :)
This previz artwork was done for the recent Blender exclusive issue of 3D World magazine!
The characters were not final but this still fits the style and direction very well.#b3d pic.twitter.com/Q5OZWDbZbh

Now on Blender Cloud! Download sculpting files for the stars of Sprite Fright, the new Open Movie. Subscribe to follow the project and up your skills! ?https://t.co/cvqF0tOmFv#b3d pic.twitter.com/h2LgK6QjW8 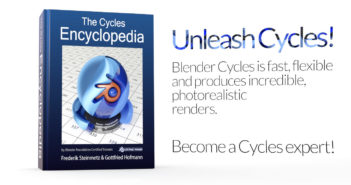 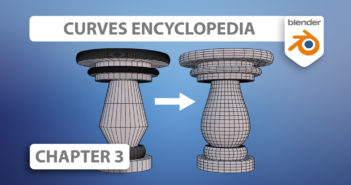