We're barely two weeks into the New Year and Pablo Dobarro has already wowed us with a new sculpt mode improvement. He has just revealed his redesign of the Mask Expand operator which is poised to become more powerful and versatile than ever before in this new iteration.

Expand now supports most sculpt gestures functionality and shortcuts. Pressing F flips the active area, ctrl snaps the mask area to the Face Sets, and the spacebar moves the mask through the surface. #b3d #devfund pic.twitter.com/acNFe9o2Yr

The operator now supports most sculpt gesture functionality, as well as having the ability to create multiple mask shapes while the operator is active.

Like the previous version, Expand can also create Face Sets, but this new one can resize, reshape and delete the existing ones (including content-aware filling when shrinking and deleting). #b3d #devfund pic.twitter.com/Sj54S0l5YR

Similar to its boundary brush sibling, it is now able to detect mesh boundaries, but also reshape resize and delete existing ones!

And finally, in a "one last thing"- style tour de force, the operator supports recursion, allowing the operator to start expanding from its current state.

Finally, the new Expand operator supports recursion.
Each time the R key is pressed the operator starts expanding again from its currents state.
Combined with the rest of the options it can create all kinds of colors, masks and Face Sets patterns. #b3d #devfund pic.twitter.com/oDxjGpLEKo

If this incredible redesign is anything to go by, 2021 will be an even wilder ride for the sculpt mode with our trusty Spanish captain at the (perfectly retopologized) helm. 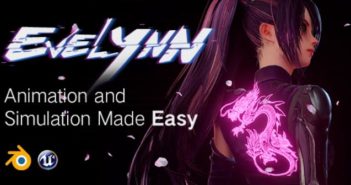 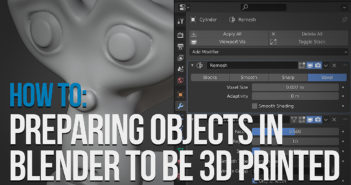 Next Article How to Prepare Your Model for 3d Printing