With a big help from my friend and my girlfriend I managed to create my first animated short film called The Last Beer. It is a story of one very unlucky knight, who wishes to enjoy his last last refreshing drink but runs into a bit of a trouble with it. Enjoy.

The creation process was very experimental. I came up with the story idea some time ago and decided to model the knight and give him some Slovak flair (chess cross). After that I was a bit stuck on design, as I could not give the scene a feel I was searching for.

After a while I decided to try toon shading in Eevee as part of a separate project and created shader for the table you can now see in the scene. I thought this might go along nicely with the knight and so I returned to The Last Beer project, modeled the scene, shaded and lit it using this toon style and the result was exactly what I was looking for. I also experimented with Freestyle outline but in the end decided against it. The node setup was uploaded in my BlenderArtists post.

Animation was a bit tricky. I had had very limited experience with it until then and was not sure how to approach it. I understood the principles though, so with a bit of a trial and error iteration I managed to (in much longer time than I was hoping for) bring the knight to life. It still did not feel right but adding all the environment animation made it look more natural. In the end I realized I made lots of mistakes while rigging the arms, which I will remember now when I work on some new project.

The biggest unknown was the sound. I had never mixed sounds for any animations, let alone edit them to fit correctly. In the end I raided my girlfriend's dad's workshop for wood, metal and chains, threw everything into my car and went to Prague for a weekend with my friend, where we used all of that material, his microphone and free sounds from the internet we could find to mix and cut the final product in DaVinci Resolve. (We also played some FIFA, I lost, but some of the matches were pretty close).

I found out about Blender when I was 14, working on a school project and my teammate decided to add a Terminator to our scene. I immediately found it fascinating and stated to learn it. Years passed and I have always kept it as my hobby but moved into computer science and now I work as a software developer for a Swiss company on tunnel surveying projects. I still love to create art with Blender though and would eventually like to make it my full time job. 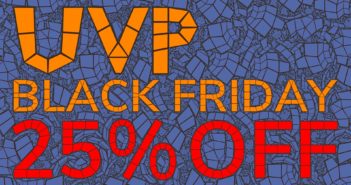 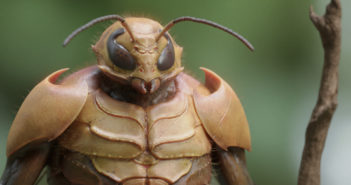 Next Article Behind the Scenes: Warrior Wasp