Iconem was created to offer an answer to the destruction of built cultural heritage around the world. Indeed, Yves Ubelmann, the co-founder and CEO of the startup is an architect trained in the survey of historical sites across the Middle East and Central Asia. Prior to the creation of Iconem, he worked across various countries and witnessed the physical destruction of traditional monuments, a process already then going on at an alarming pace. For instance, a statue, a caravanserai, or even an entire palace that had been identified the previous year, could entirely vanish de to urban encroachment, climate change, or armed conflicts, phenomena that are unfortunately accelerating today. To protect this fragile heritage, Yves worked on a way to record these sites digitally. Indeed, while it is not always possible to prevent the physical destruction of monuments, it is at the very least crucial to design new field protocols to accurately scan them to create very high-resolution 3D digital replicas. Thus, Iconem was created to make this idea come true. By combining several technologies (drones, photogrammetric processing of very large datasets) Iconem can now produce 3D scans at an unprecedented resolution. This way, we can record the memory of endangered heritage sites and make sure they can be studied by scientists, historians, and passed on to future generations. This is the whole purpose of the startup.

It all started in Syria during a scientific project. In April 2017, just after the end of the fights in Aleppo, our team was able to carry out a full survey of the Old City. The objective was to scan the post-conflict urban area in order to produce a large-scale damage assessment and cartographic documents to be studied by the scientific community. Using a drone and high-resolution cameras, we could capture data on the whole Old City at a medium resolution and scan several landmarks (the Citadel, the suks, the Umayyad Mosque, the Hammam Yalbougha…) at a very high resolution. 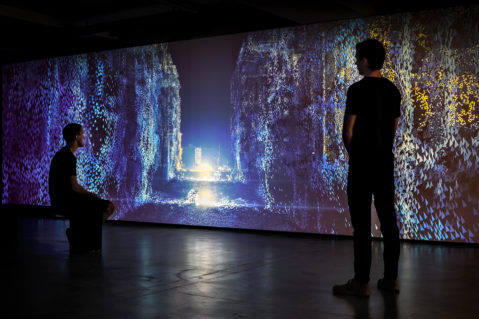 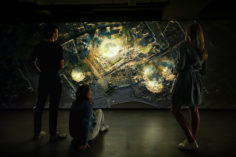 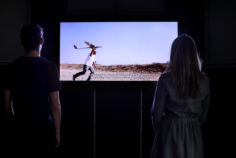 Following this mission, we realized that the very data used by scientists to study sites and assess damages could also be used to transmit knowledge to the public at large and raise awareness about the fate of heritage sites in conflict areas. Therefore, a scientific endeavor evolved into a cultural one: an exhibition showing the city of Aleppo in its post-war state. We worked hand-in-hand with the Boghossian Foundation to produce the experience. The Boghossian family, today based in Brussels, London, and Geneva, originates from Aleppo, so this exhibit was, of course, very important for them. Our team of 3D artists could use our huge datasets to create another kind of experience and offer the audience a journey into a war-torn city. The images of destruction presented in the exhibit are, of course, heart-breaking, but we also wanted to convey a feeling of hope and resilience. So we also present the monuments in their pre-destruction state—we used archival images to 3D model them as they were before—and show how this World Heritage city might one day be again.

Several challenges can be listed on this project. We can, for example, cite the import of our photogrammetric models, which were used for the first time in Blender. In itself, it is a big challenge, because our 3D scans often exceed billions of points.

These point clouds brought an aesthetic reflection on their own mode of representation and it was easier to format them with the multitude of tools provided by the Blender animation software. Our technical wish was also to use the new EEVEE rendering engine on this exhibition, with a view to experimentation as well as significant savings in production time.

Finally, one of the last challenges of this project was to be able to render a large number of images over a very short period of time. It is for this reason, and why, very often, we call on Qarnot and its render farm in this kind of situation. They were able, in just a few days, to adapt and apply our very specific requests to their farm. This enabled us to calculate and generate over 40,000 images in less than two days, for a data volume exceeding one terabyte. 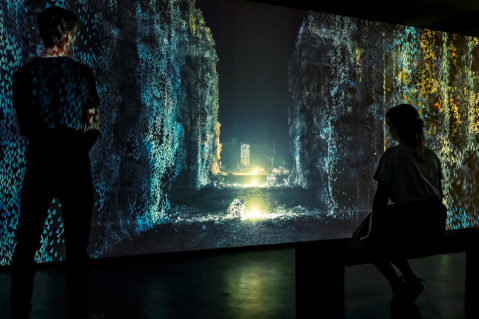 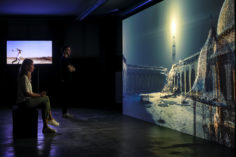 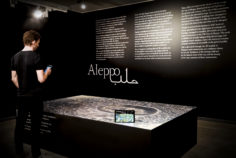 The current COVID situation makes it more difficult to travel, but we still manage to go into the field. One of our teams just came back from Bamiyan in Afghanistan, where it scanned a Caravanserai as part of a project monitored by Turquoise Mountain, a British NGO. Besides, we are starting projects where we train heritage specialists from afar, including Libya, Yemen, and other countries. Instead of traveling, we can also use online courses to teach techniques of scanning historical and archaeological sites to experts who are from countries where heritage is at risk. Sometimes, these experts don’t have access to important computing power, so we also design protocols where they capture data, send them to us, and then we process these datasets to create the 3D models. As you can see, computing power is key, which makes Qarnot an even more valuable partner for us. 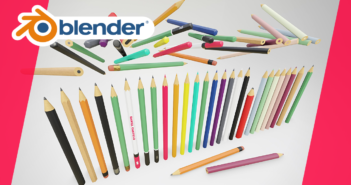 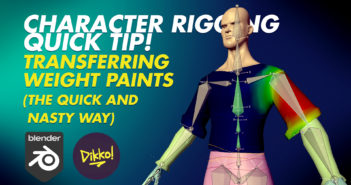