Hello, my name is Volodymyr Borovkov. I am a freelance 3D artist and web developer from Germany.

I have been using Blender since 2014 and learned 3D modeling and rendering by myself. As I am also a huge Formula 1 fan, I mostly focus on modeling F1 cars in my free time and try to improve my skills with each model.

This particular model was just an experiment, I didn't foresee the final outcome of this car.
My favorite modeling part, in general, is to make unique shapes with NURBS, and Blender with matcaps or EEVEE does a fantastic job to visualize that. 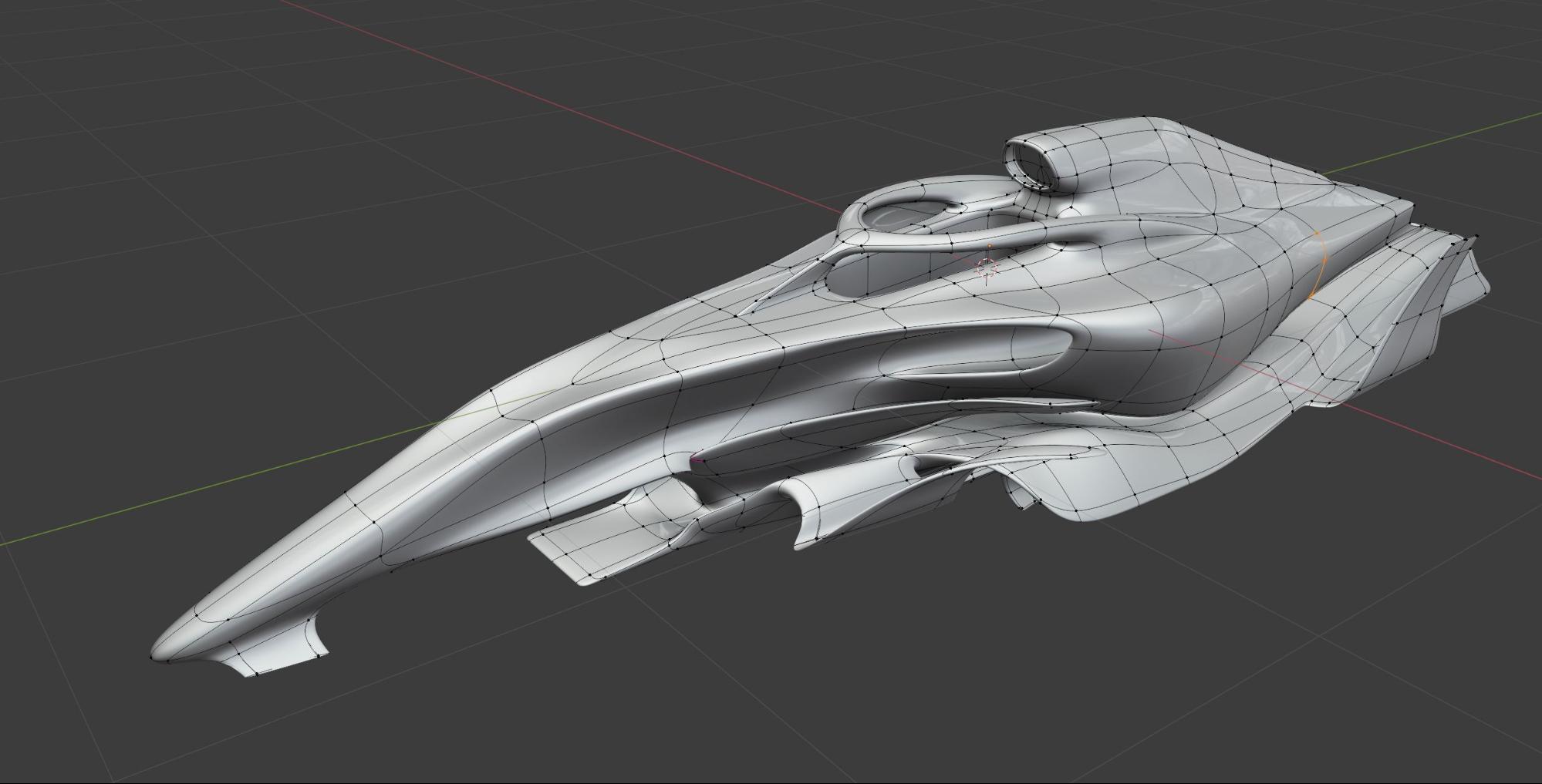 For this project, I used Blender 2.90.1 and Photoshop for textures.

As always, I use the same modeling method and same modifiers stack: 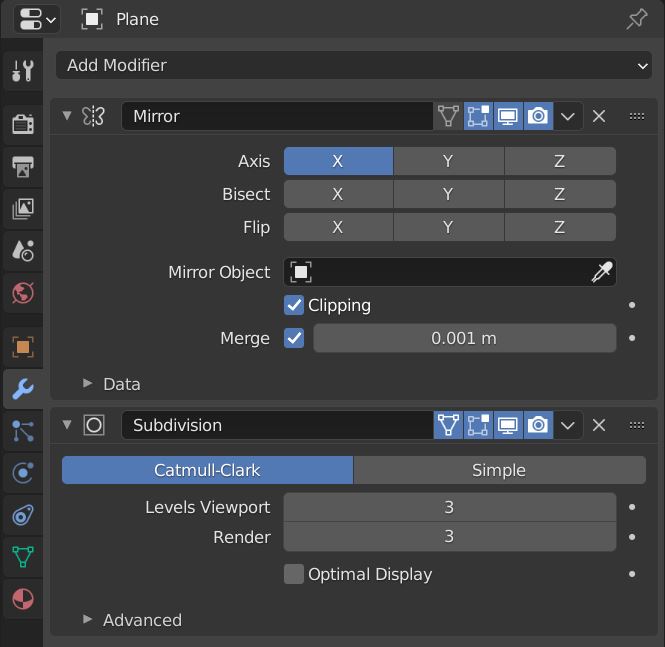 I started by placing a plane, cutting it down the middle, deleting one half, and applying a mirror modifier with the clipping option turning on.

Next, I applied a subdiv modifier and switched on the “On Cage” Button—and then the fun began, because there are only a few controls to shape the car the way I want. :)

I used the same stack for the front and back wing, suspensions, cameras, and mirrors.

Also, by dissolving some edges I could achieve an interesting transition between the sidepods and the rest of the car. 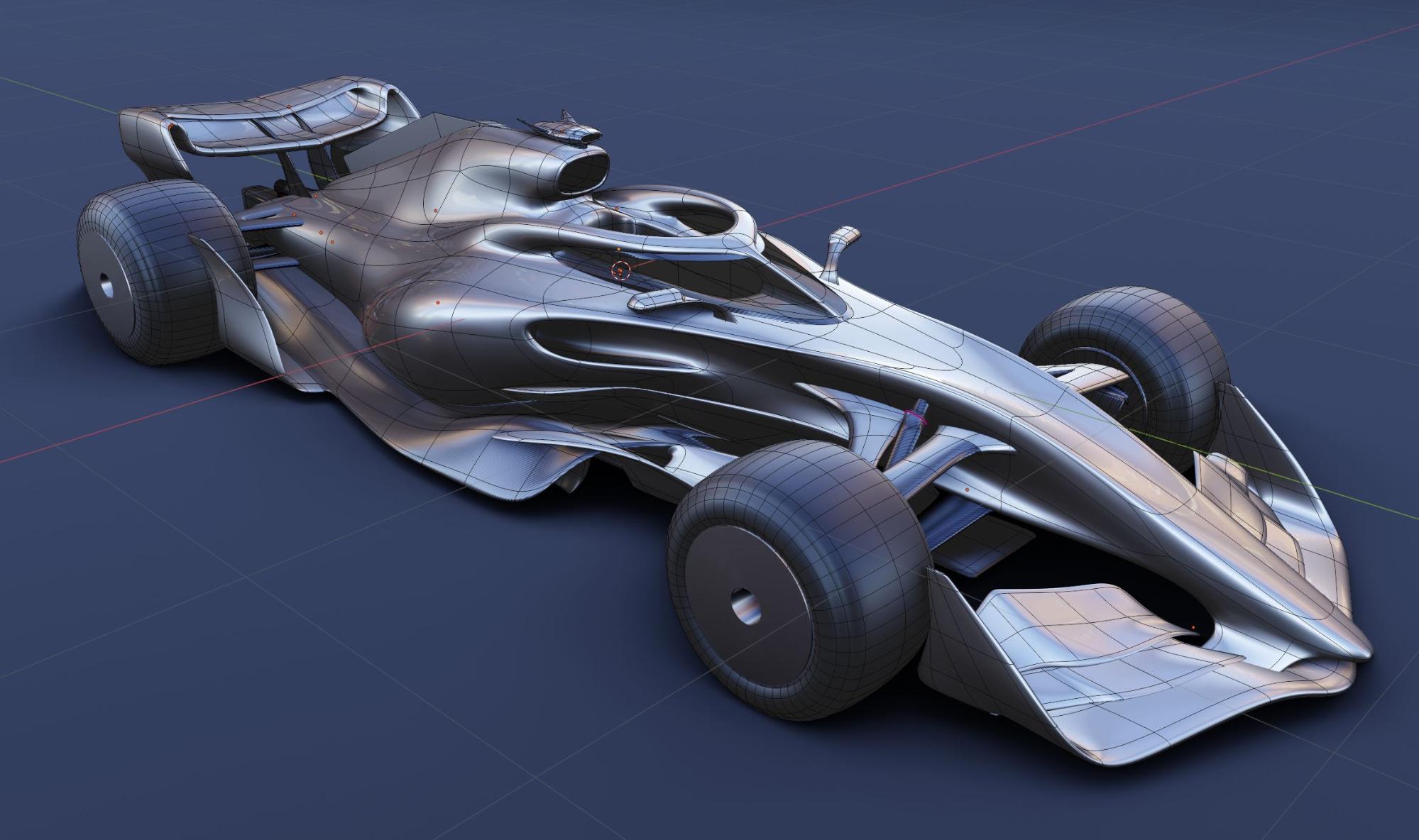 After I was happy with the overall design, I added some gaps and details to the car. I used the shrinkwrap modifier for this to make a clean, light transition between the separated surfaces. 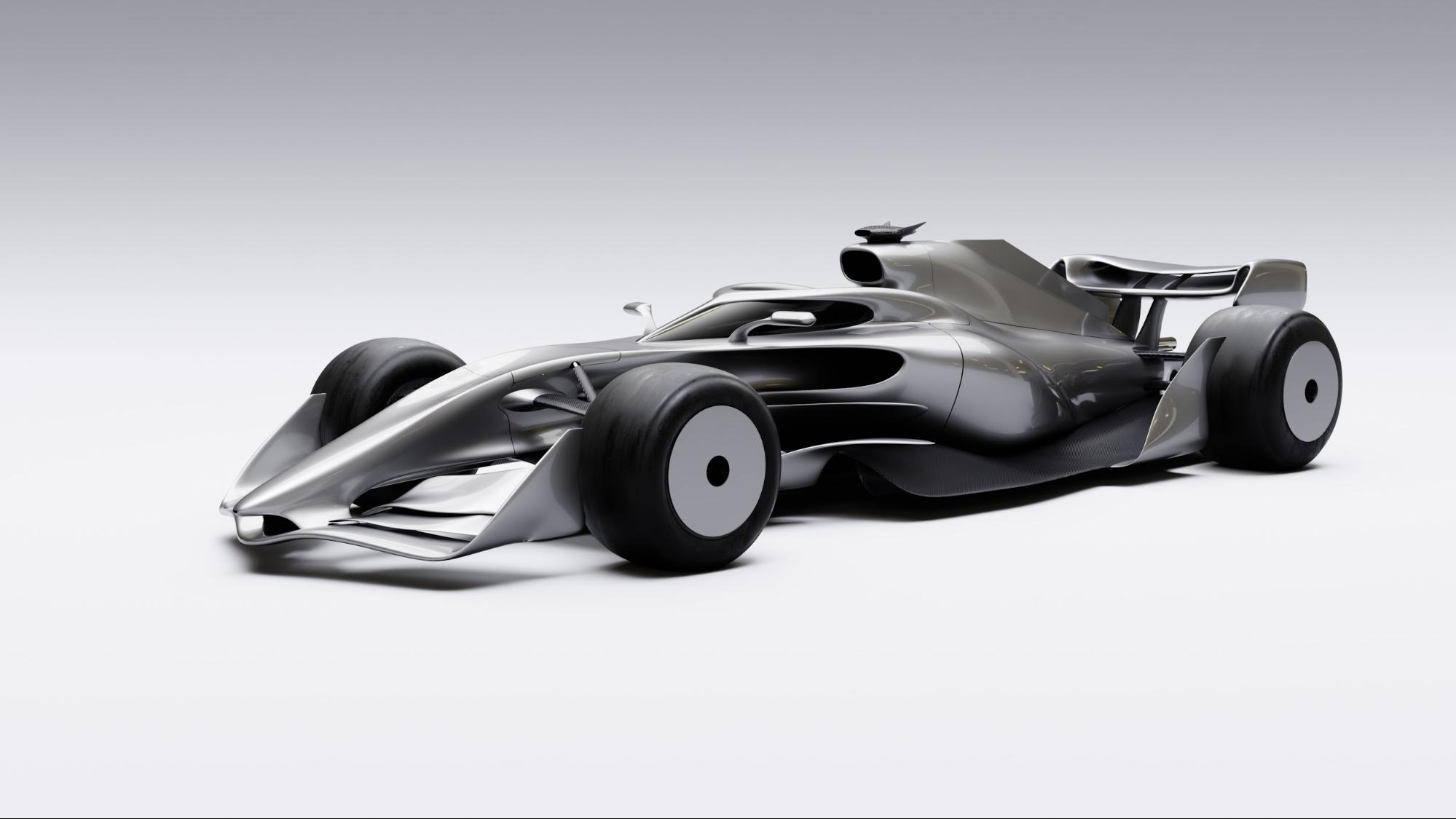 Next, I gave my attention to the car rims and the Aeroscreen. For the rims, I was inspired by the Porsche 908-04 RSR Vision GT rim design, which also had a transparent plastic cap on the wheels. For the aeroscreen, I looked up a real one from a modern IndyCar: 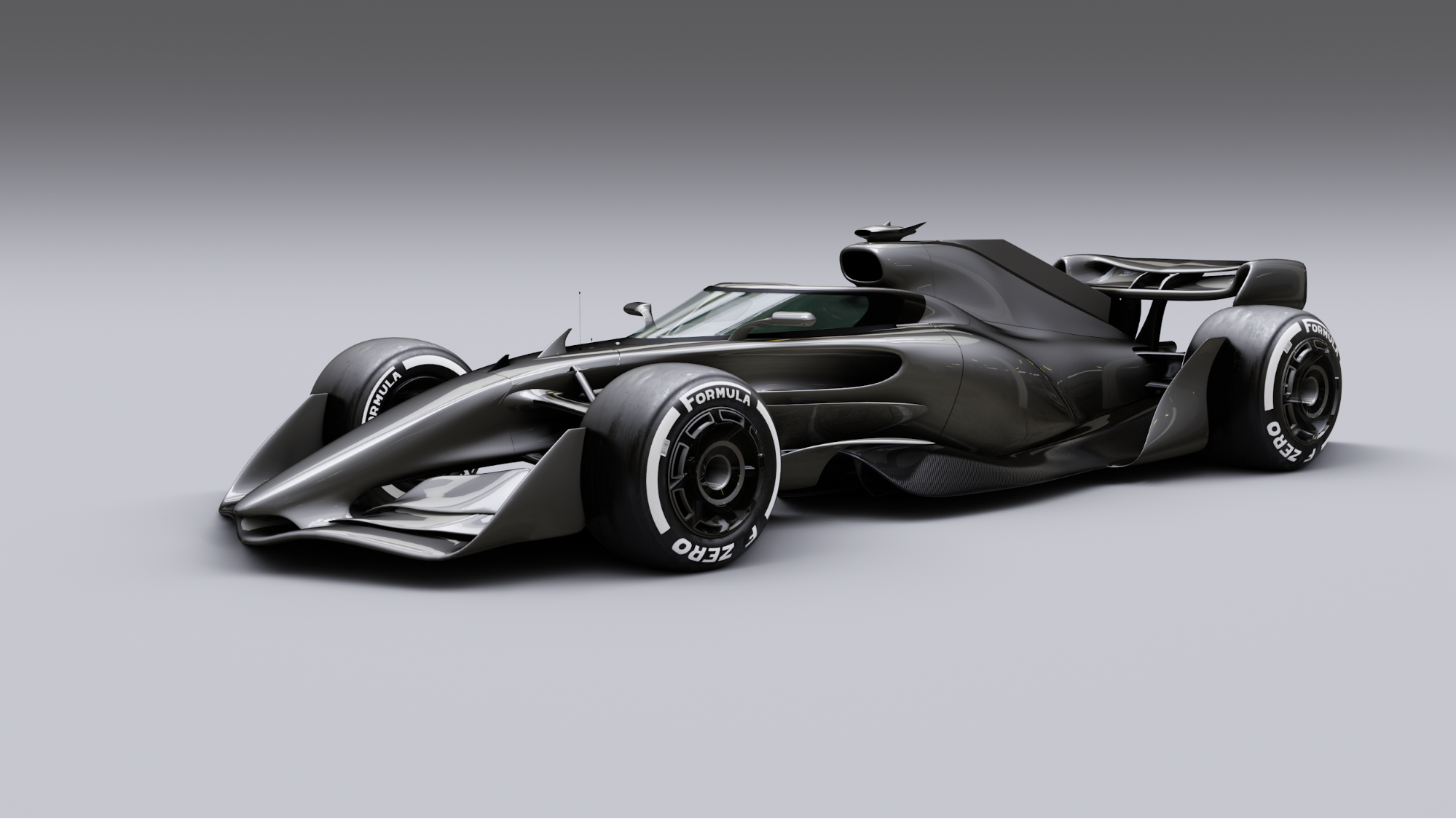 Then I painted the car in Blender’s orange color and put alternate Blender logos on top alongside the ASR Formula logo (a SimRacing Modding team that I am a part of). Soon you can take a ride in this car in Assetto Corsa and rFactor 2 games—even in VR. ;)

The result in EEVEE was already very satisfying: 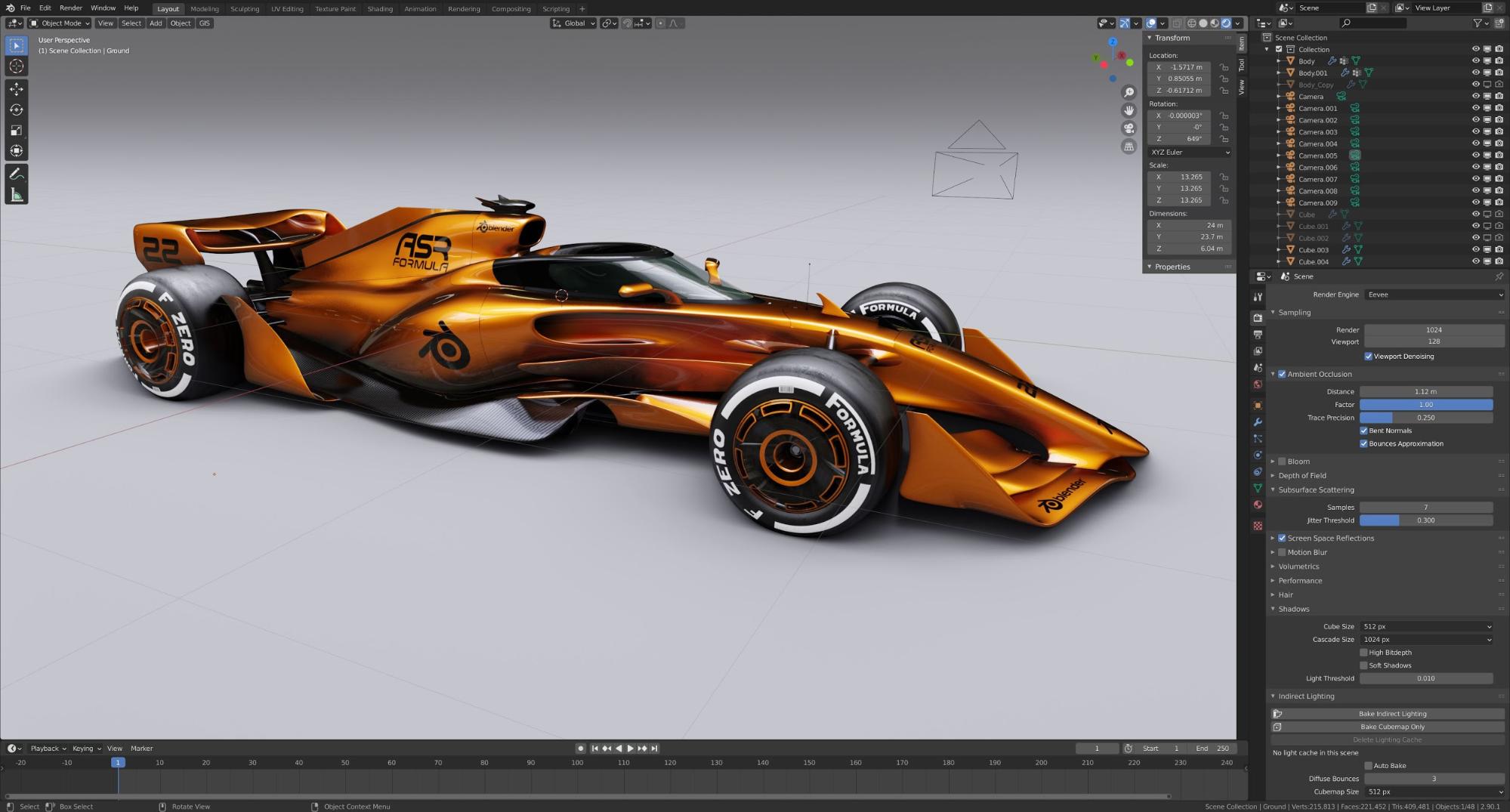 Finally, I wanted to make a render in Cycles and this time I made a darker scene and a Blender blue color for the car. Here is the basic scene setup: 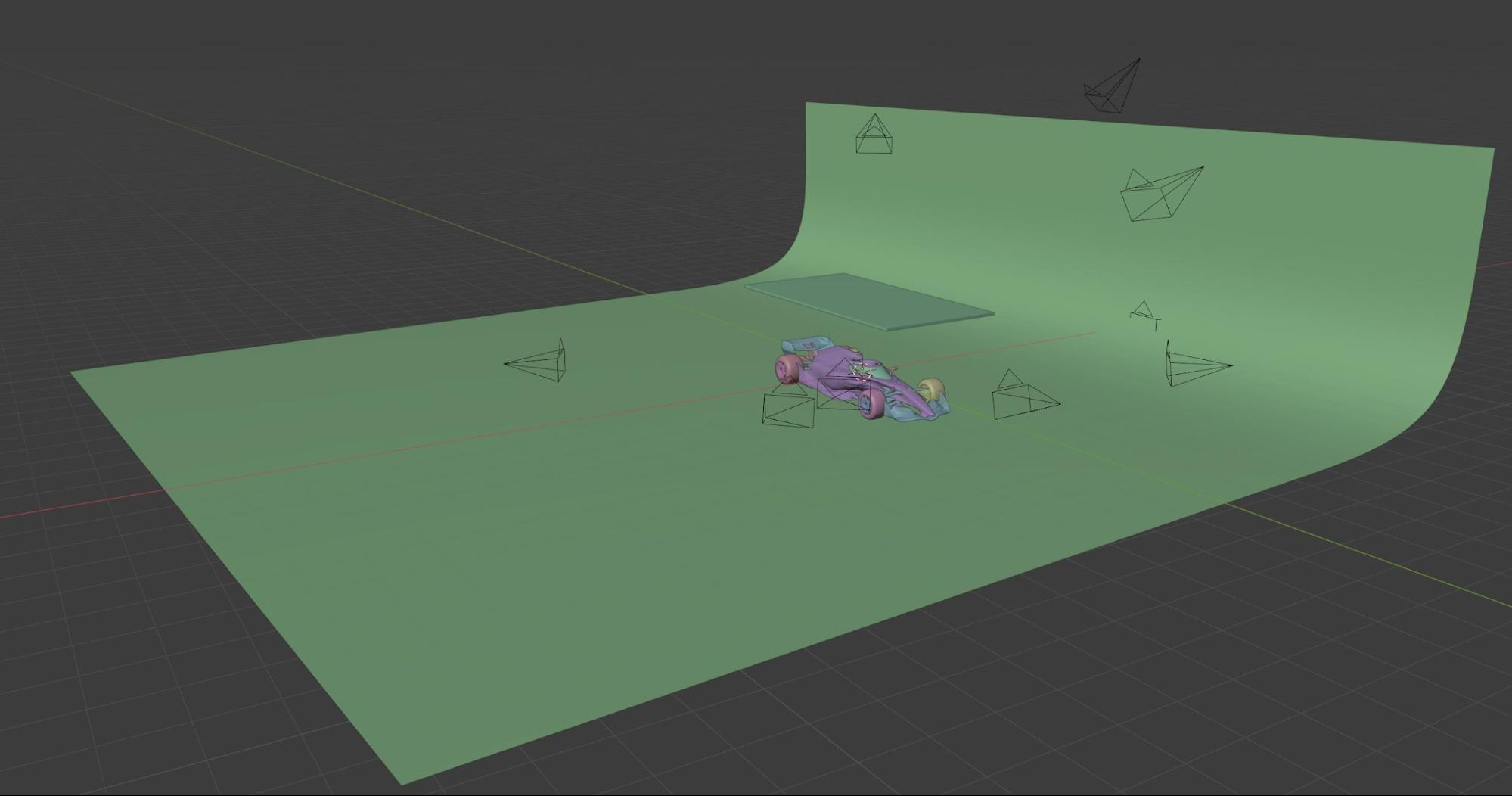 I made a simple plane, extruded one edge to the top, and beveled the corner. Over the car, I placed another plane with emission material. For the environment, I used an HDRI from HDRI Haven. 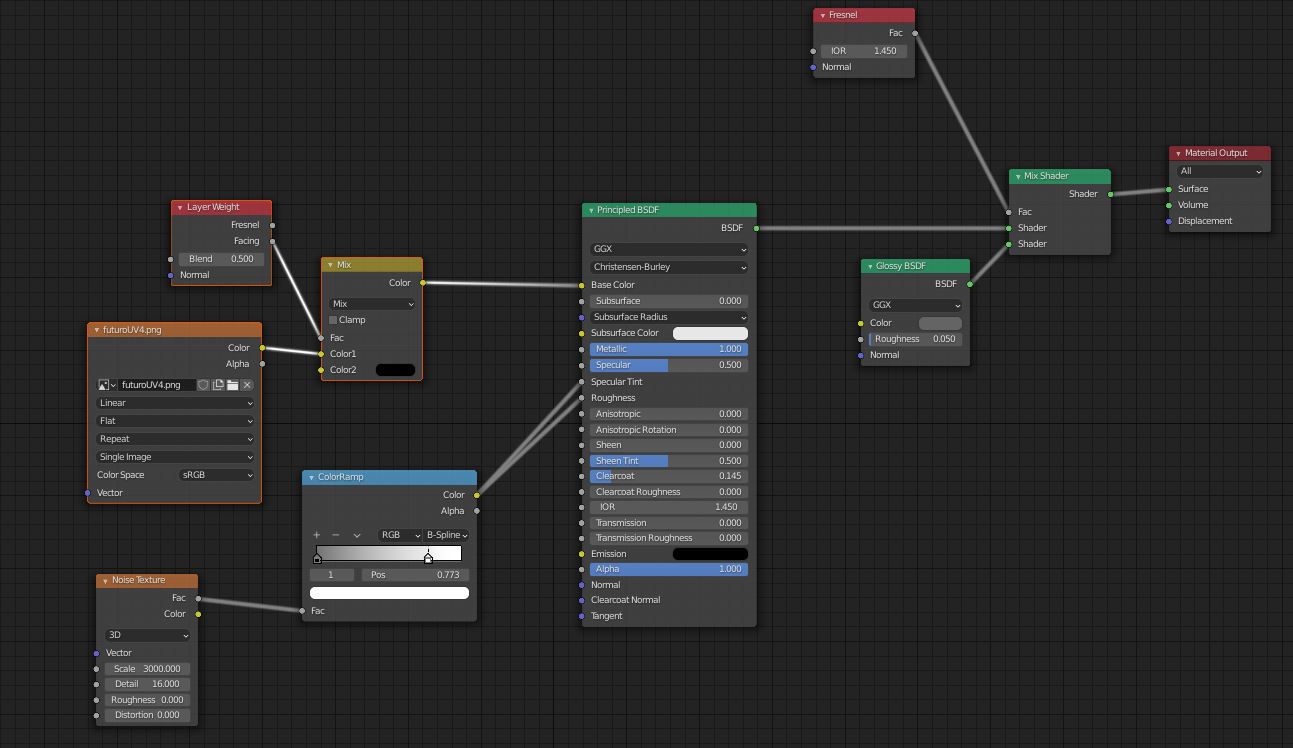 For the car paint shader, I mixed the texture with a black color, set metallic to 1, and for roughness I used the noise texture, which I scaled up to 3000 to make a nice metallic glitter effect. The principled node I mixed up with a glossy shader to make a beautiful clear coat: 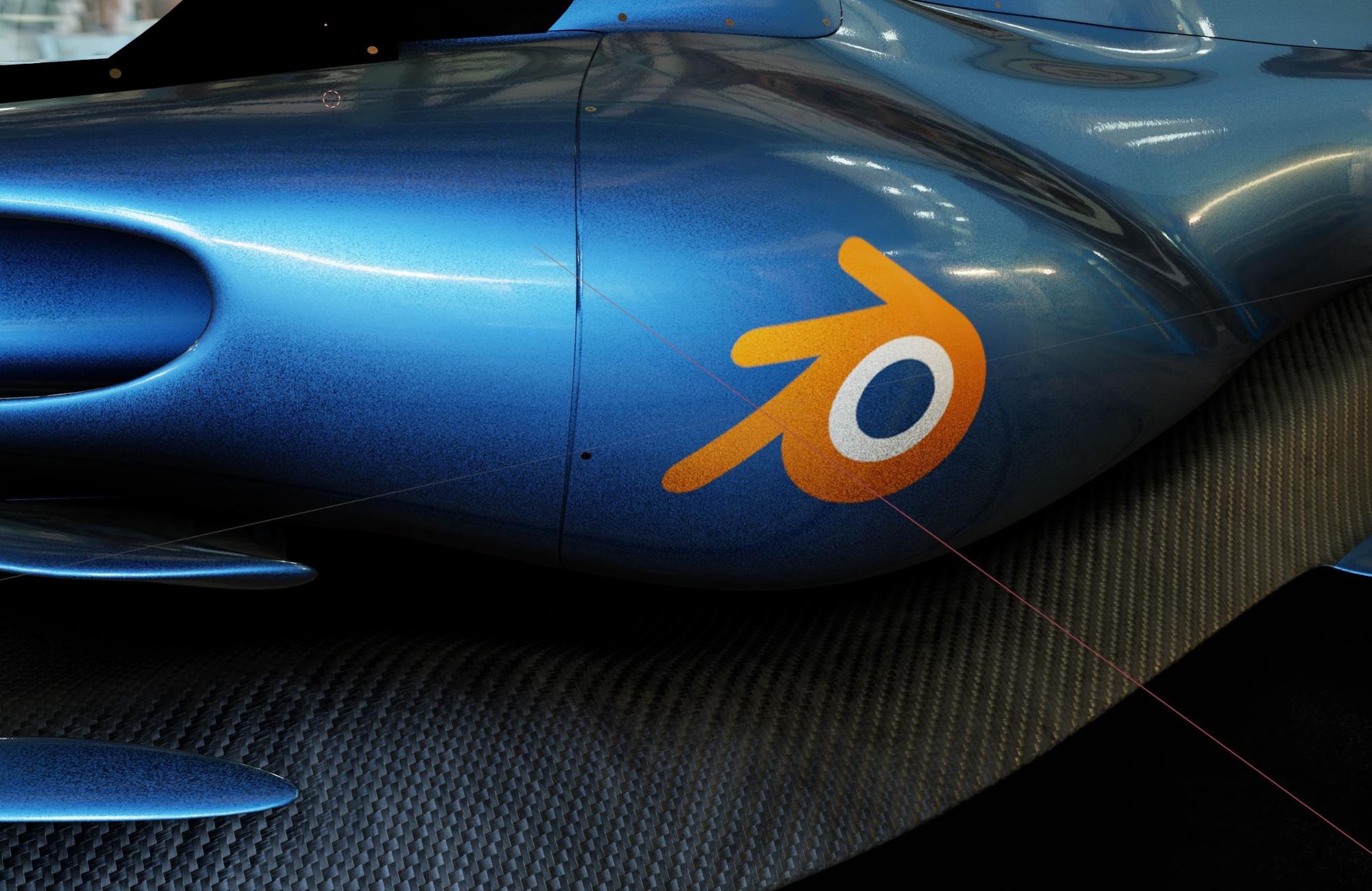 And here are the final images. :) 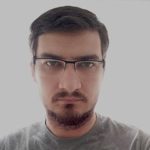 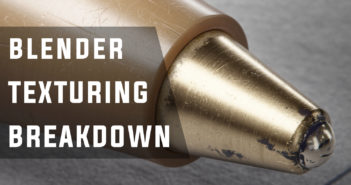 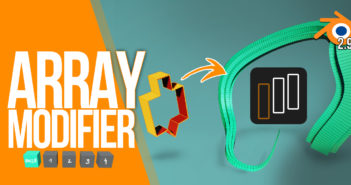 Next Article How to work with the ARRAY MODIFIER | Blender 2.9 | Tutorial