Matt Overby's GSoC project, Volumetric Soft Body Simulations, was mentored by Sebastian Parborg. This project aimed to implement a volumetric soft body solver in Blender, distinguishing itself from the current soft body implemention by being able to compute large time steps, and most importantly, to preserve volume during soft body simulations.

Throughout the summer, Matt Overby managed to implement several of his stated goals and more. First and most importantly, he implemented the ADMM-PD solver, the new soft body implementation allowing for volume preservation. You can see in the video below the new solver (on the right) in action, preserving volume while stretching and twisting, while also being free of the faceting artifacts.

To implement the solver, Matt had to work on some utilities in parallel, including the implementation of volumetric mesh generation systems, a cornerstone of softbody simulations. The implementation allows the soft-body solver to deal with multiple input scenarios: If the mesh tetrahedralized using tet-gen is non-closed or very high resolution, a tet lattice is generated to enclose the mesh and procede with the simulation. 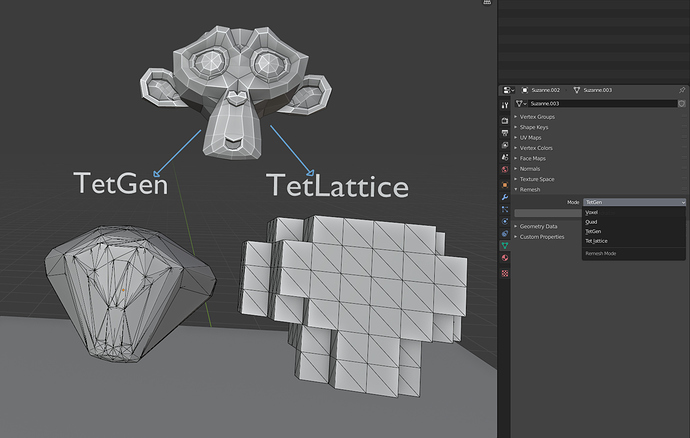 Finally, the work done by overby to restructure the softbody simulation code and its interaction with the user interface paves the way for a more frictionless implementation of third party, specialized solvers in the future.

You can read up on the implemented and planned features in details in the final report, and also access a wealth of example videos in the weekly reports, both links found below.

This post is part of a series overviewing the various Google Summer of Code 2020 projects.. Every year, google funds students over the summer to work for open source projects. This year, Google has granted 10 projects for the Blender Foundation. The students behind these projects are assigned mentors from the Blender development team, which follow their progress over the summer and then assess their work. All of the GSoC 2020 projects have successfully passed their mentors’ evaluations! You can read all articles in this series here. 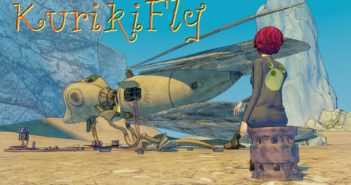 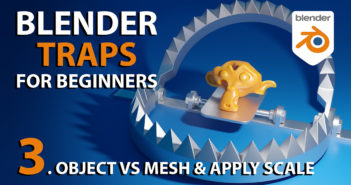 Next Article Object vs Mesh & Apply Scale in Blender