MB-Lab 1.7.8 is released with some huge changes!

This release introduces the ability to create your own characters for MB-Lab, something that has been requested since the beginning of MB-Lab. These new tools have been in development for almost 8 months and with these tools users (and developers) can build new characters with restriction free licensing (if they choose to do so) so that they can be used in commercial games among other things. While this release does not bring in new "official" characters yet, the tools are there for everyone to use, as well as contribute to. The documentation is being worked on currently so that users can understand the process of building a character in Blender to be used with MB-Lab. Word of warning is that these tools may contain bugs, the tools have been tested but there may be unforeseen errors that we developers just have not come across yet.

Other enhancements include shader updates, the Hair engine adds Cycles and EEVEE shaders, 4K bump maps, masks for procedural texturing and more. The GUI has been overhauled with colored sliders for easier visibility. Lots of bug fixes as well. 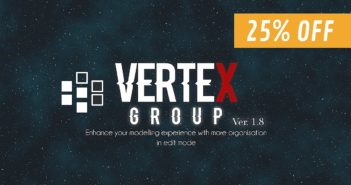