Out of the box, Blender comes equipped with no less than three renderers: the Workbench, Eevee, and good old Cycles. But there are also a number of free renderers you can connect to Blender. Blender Nation sums up the currently available free add-on renderers for Blender, with the exception of 'NPR' renderers (non-photorealistic / cartoon-style renderers).

The Workbench is the most elementary renderer that comes with Blender. The Workbench renders your standard realtime 3D viewport as you're working with it. Rendering with the Workbench is basically rendering a screenshot of your 3D viewport. The renderer's options are the same as the options you can set to change the viewport display. 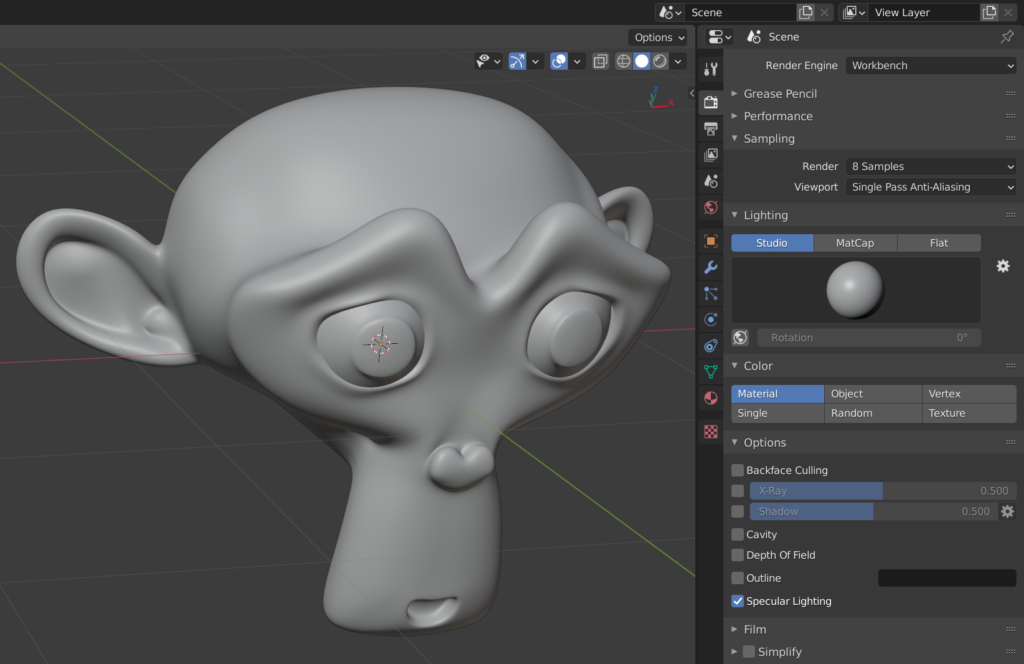 Eevee is Blender's celebrated real-time renderer, introduced with the release of version 2.8. It uses a plethora of smart 'hacks' to efficiently mimic the behaviour of light, shadows, reflections, refractions and more, while sacrificing as little rendering time as possible. This makes Eevee very suitable for animation rendering, which can quickly become very time-consuming if you need to render hundreds or thousands of frames using a more realistic renderer. Eevee is less suitable for more advanced rendering techniques though, such as accurate bounced light and recursive reflections. A more advanced renderer is recommended for that, such as Blender's Cycles.

Also, for really convincing results Eevee can be a bit cumbersome to set up with its many render settings and shadow options. And for bounced light and convincing reflections and refractions you need to fiddle with Irradiance Probes, Reflection Probes, material-level options and cache pre-rendering. Last but not least, there is no update of irradiance (bounced light) when rendering rendering multiple frames for animation. 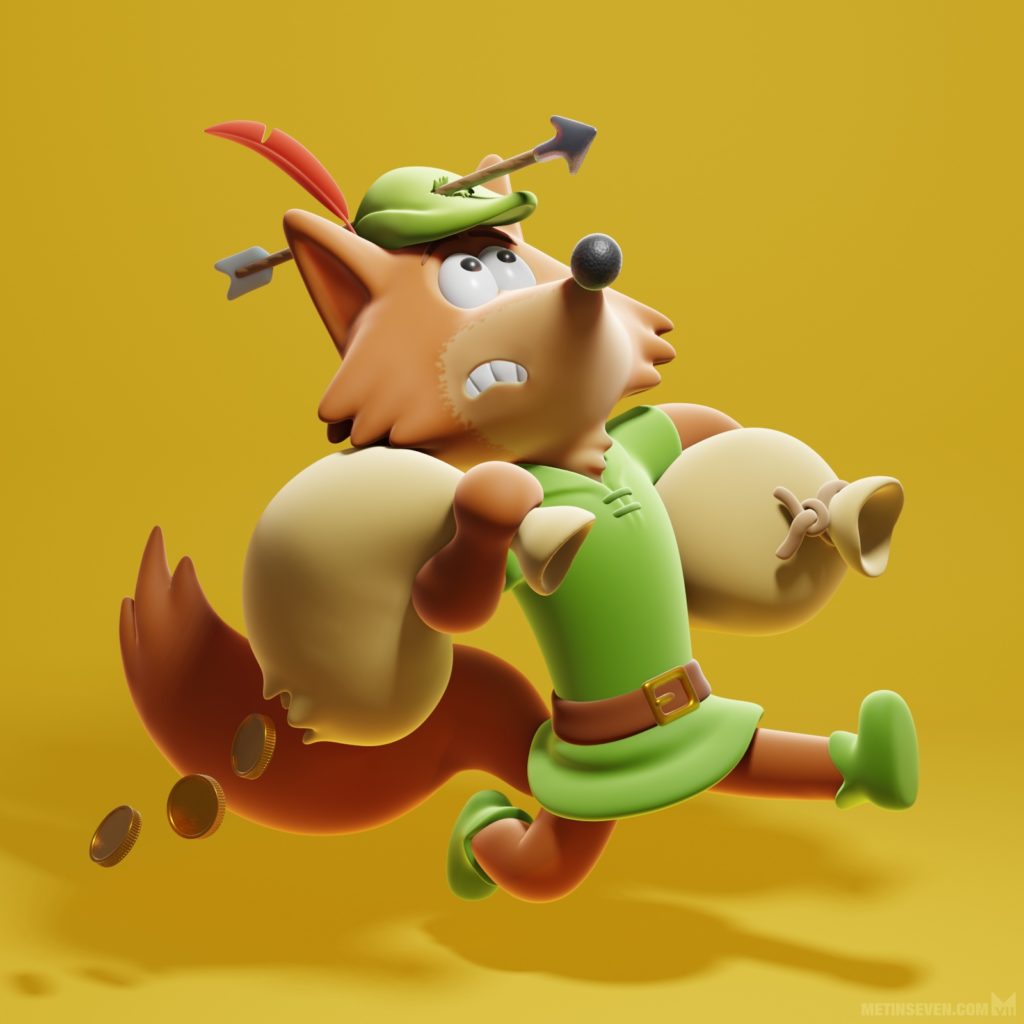 Cycles is the oldest of the three included renderers. It's a solid, powerful and frequently updated path tracer capable of realistic light behaviour calculations. Path tracing is the technique of shooting a ray from the camera, which bounces off surfaces until it hits a light source. The resulting ray data is then used to interpret a tiny part of the image. When the gathered data from millions of such rays is combined, this results in a complete image.

Although Cycles is very capable of achieving realistic results, it also attempts to limit rendering time. To achieve this, some subtle computation restrictions are used to minimize rendering time, at the expense of a slight bit of accuracy / detail. This puts Cycles in the 'biased' category of renderers, which effectively means that some concessions are made to speed up calculations of the end result. In practice you will only notice this in specific situations where light calculations are complex, such as dark indoor scenes with only one light source casting light through a window, or a scene where caustics are prominent, such as a swimming pool or a close-up shot of a glass on a table. For this kind of scene it is advised to use an 'unbiased' renderer such as LuxCoreRender.

LuxCoreRender is among the most powerful renderers available for Blender. Like Blender it is an open source project, maintained by a team of dedicated developers.

LuxCoreRender is an unbiased renderer, which means that as rendering time progresses it will converge to a result that is as physically accurate as possible, without the concessions in quality you get when you simplify certain rendering processes to gain rendering speed.

In order to retrieve more detailed light information from a 3D scene, LuxCoreRender offers more complex path tracing methods than a regular path tracer like Cycles. In addition to shooting rays from the camera, LuxCoreRender also shoots rays from the available light sources in a 3D scene, resulting in more detailed scene data, which becomes apparent in complex lighting situations, such as dimly lit rooms and scenes with prominent refractive elements, like glassware.

Generally speaking, scientifically accurate rendering is time-consuming because of the complex computations. But in recent versions, LuxCoreRender has added some functions to speed up rendering without sacrificing quality, such as multiple caching options and GPU acceleration, including NVIDIA CUDA support. At the time of writing, NVIDIA OptiX support will follow in LuxCoreRender version 2.5.

Last but not least, it's also worth mentioning that some of the available render farms offer support for LuxCoreRender, which is very interesting if you'd like to combine the advanced rendering capabilities of LuxCoreRender with deadline-friendly rendering speed. 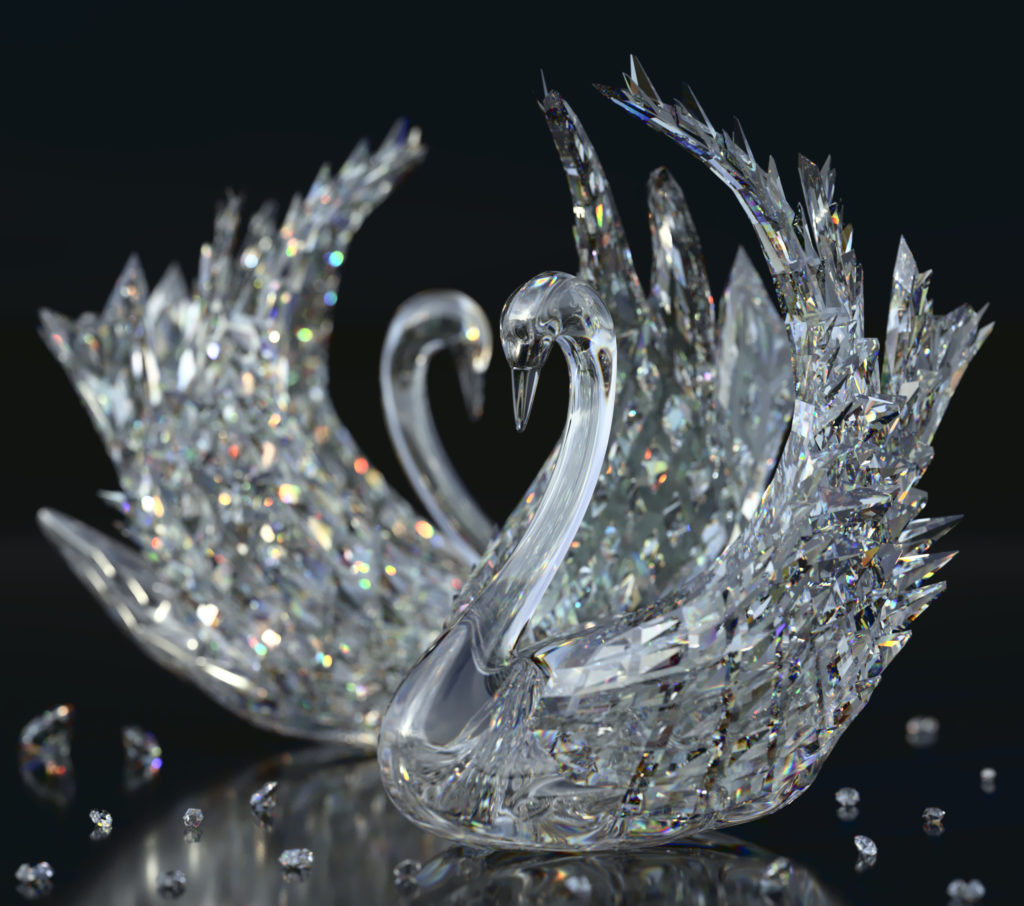 Processor manufacturer AMD offers its own free path tracing renderer that is also available for Blender. ProRender is a competent renderer. Because it is a relatively young renderer, it is not as feature-complete as Cycles or LuxCoreRender, but it is an accessible renderer that's well-integrated in Blender. Radeon ProRender is particularly interesting to Blender users working with macOS, because unlike Cycles, ProRender fully supports Apple's Metal graphics library, taking advantage of that to accelerate rendering on macOS systems.

Radeon ProRender offers real-time updated Blender viewport rendering, but it can not render Cycles materials without converting them to ProRender nodes. The Cycles to ProRender material converter is integrated and works at the touch of a button. ProRender also offers a convenient material preset library to get you going quickly. 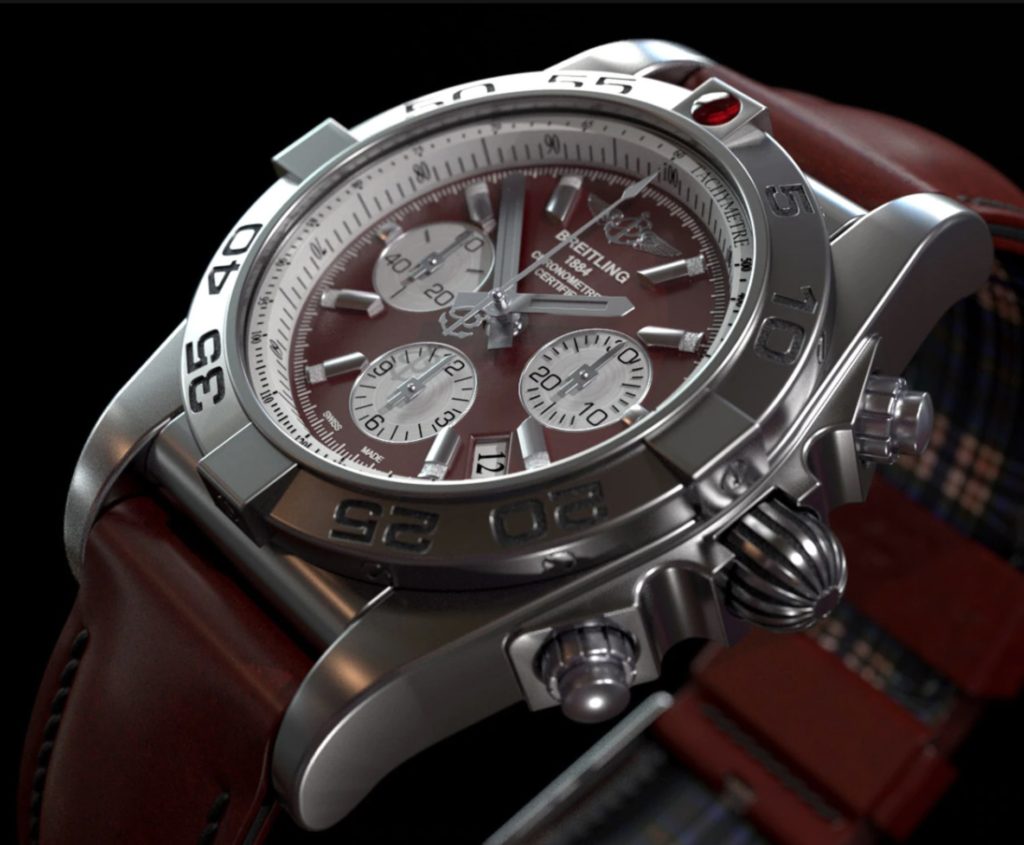 OctaneRender is a well-known, fast, unbiased, GPU-oriented renderer. Although it is essentially a commercial product, OctaneRender is available for free with the limitation of being able to use only one GPU in case you own multiple GPUs.

In order to achieve full Blender integration with real-time viewport updates, OctaneRender comes with a custom Blender build that is frequently updated by OctaneRender developers OTOY. This means you can not use OctaneRender in daily Blender alpha / beta builds, so you'll have to make some concessions in terms of access to cutting-edge Blender features, or switch between two Blender versions. 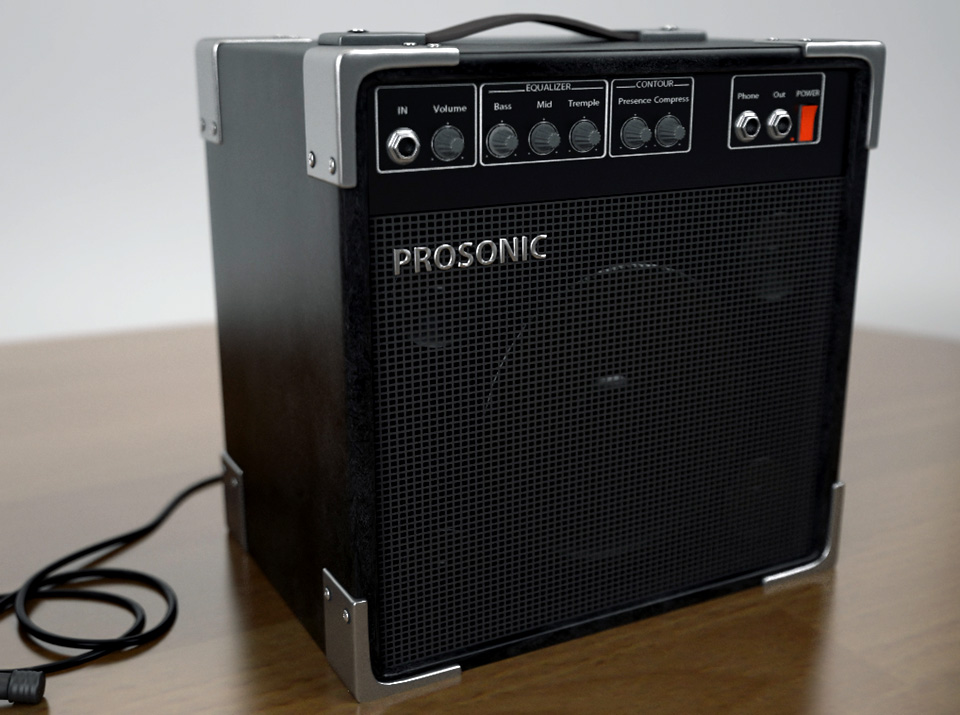 Appleseed is an interesting, potent renderer capable of realistic results, but its main limitation is that it is purely CPU-based, making it not the best choice if you've got a competent GPU in your system. Another disadvantage of Appleseed is that there is no macOS version of its Blender integration add-on.

Yafaray is one of the oldest renderers with ongoing Blender support, going all the way back to 2002, years before Cycles was added to Blender. Formerly known as YafRay (without the extra 'a'), the title refers to 'Yet Another Free Ray-tracer'.

Like LuxCoreRender and Appleseed, Yafaray is an open source project, and is still actively maintained, although it seems to be a relatively obscure renderer when compared to the previously discussed renderers.

Yafaray offers comparably advanced rendering techniques as LuxCoreRender and Appleseed, and Blender is its main host package. At the time of writing, Yafaray does not support real-time Blender viewport updates (you need an active Image Editor to view production rendering output), and is not compatible with Cycles materials and texture types, but offers its own materials and textures.

On a side note, there's also a fork project of Yafaray called TheBounty, but at the time of writing that is not yet publicly released for Blender 2.8. Only a preliminary version is available for a limited group of testers.

Yafaray is one of the open source ray-tracers available for Blender (image: Alex V. Velikov)

Other free renderers for Blender

At the time of writing, some more free renderers are available for Blender, but those come with limitations.

For example, Pixar's great Renderman renderer is free for non-commercial use, but the Blender add-on hasn't been updated to be compatible with Blender 2.8. Pixar doesn't seem to be interested in Blender anymore, after a period of promising attention back when Renderman was made available for free. The person who was responsible for the marriage between Renderman and Blender, Brian Savery, moved to AMD to lead the Radeon ProRender project.

— Update, September 2020: Pixar has announced that Renderman version 24 will be accessible via a new, official Blender to Renderman bridge add-on when it will be released in early 2021.

Then there's the oldest free ray-tracing renderer of all mentioned renderers in this list: POV-Ray (the title refers to 'Persistence Of Vision'). POV-Ray is still being developed, and the bridge to the renderer is included as an add-on in the Blender releases. But POV-Ray is also the most obscure renderer of all, predominantly used by a small subculture of rendering enthusiasts who have been using POV-Ray for a long time. For cutting-edge Blender rendering developments and support I would recommend going for a much less obscure renderer like LuxCoreRender, which is my personal favorite.

Furthermore, there's an interesting, scientifically oriented open source renderer called Mitsuba, but at the time of writing there is only a relatively simple Blender exporter for the recently released Mitsuba version 2.

Finally, a free version of a relatively new renderer called D5 is available via a Blender add-on. The D5 renderer's website doesn't offer much information yet, but it might be an interesting renderer to keep an eye on.

Did I miss a free renderer that's available for Blender? Please let me know in a comment, and I'll add it to the list. Thanks in advance. 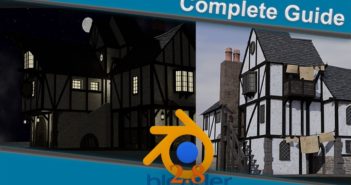 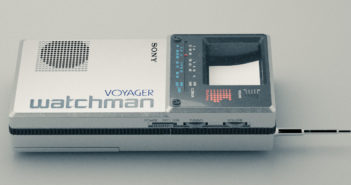 Next Article Behind the Scenes: Sony Watchman Voyager