Early on during this crisis I knew I would make a film to find an emotional outlet for these tough times. Instead of some dour documentary-style film about someone in self-isolation, I decided to go full on B-movie schlock and kill the virus with a shotgun. ;) Let's face it, in one way or another we would all want it to be that easy...

I made it all at home during self-isolation and it was originally intended to be way shorter and way simpler. If I had known something half-way decent would come from this, I would have put more effort into the environment and corona zombies. ;)

I was inspired by, among other things: The corona zombies by the artist Beeple, The Mandalorian and Half-Life. Another huge inspiration was Ian Hubert.

Rendered in EEVEE, partly with the motion blur addon (can't wait for proper motion blur in EEVEE!). For the zombie animations I used Glycon VR motion capture with my Oculus Rift CV1. The resulting BVH were imported with the MakeWalk addon.

Editing, sound design and compositing in Adobe CC. The music was done in FL Studio. 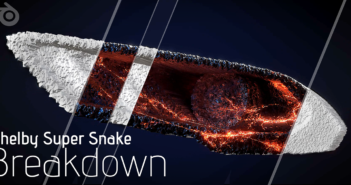 Next Article Baking render to Lowpoly