I was a professional Graphic Designer for print for 19 years before migrating to 3D/CG. I am now primarily a visual effects producer and character animator. I am completely self-taught in both animation and modeling.

I began with Maxon Cinema 4D RXL7 many years ago and used C4D up until R11.5. Recently, I dropped Cinema4D entirely from my pipeline for Blender 2.8x.

My inspiration is anything sci-fi, space-based, with future tech/weaponry set out in the cosmos and on other planets. And, of course, video games and lore.

Having rendered it in C4D, I decided to move forward with building assets for my next fan project, this time with the superior toolset of Blender 2.8.

This armor model/rig is the first test asset of many to be built for my planned web series that is based in the 343 industries in the fictional "Halo universe". The project will be rendered in Blender’s EEVEE engine.

The featured Sci-fi Armor was created using the polygon modeling tools of Blender 2.82. It has been rigged in Reallusion iClone Pro as a real-time avatar for real-time motion building, prior to exporting it to Blender for shading, lighting, and rendering.

I work completely alone in a pipeline that covers a lot of disciplines (modeling, lighting, VFX, character animation, and video post-production).

I am a traditional "box modeler" who prefers to start with a low poly base mesh and detail it up from there to have complete control over the final topological flow and to ensure good deformation when rigged and animated.

I start all biped humanoid models with the same base mesh.

The mesh is detailed in layers based on whether it is an organic or hard surface shape until the final detailed version reaches my design objectives.

Any accessories are modeled and detailed in separate mesh layers (collections).

Character collections are saved to a separate .blend file and unified for export to the Reallusion iClone Pro Pipeline, where the final model is rigged/ characterized as a real-time avatar for motion development and animation previsualization. 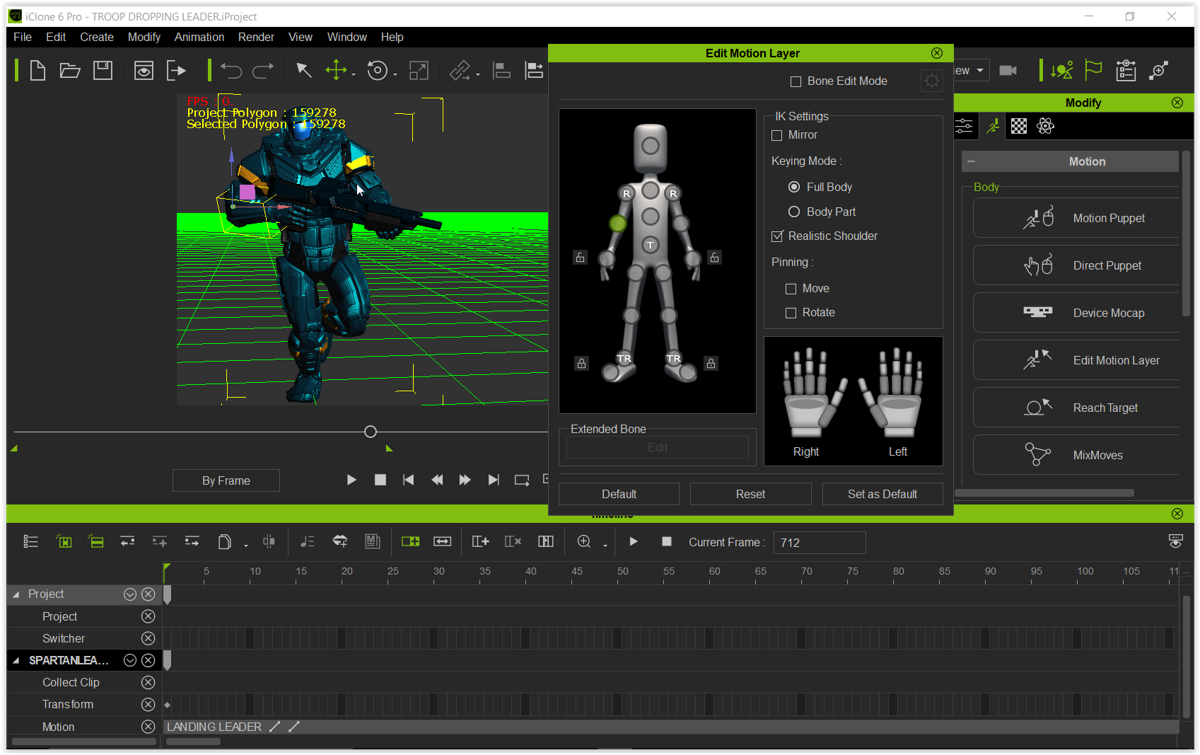 The approved animation is baked to an Alembic cache and returned to Blender for final shading, lighting, and rendering. 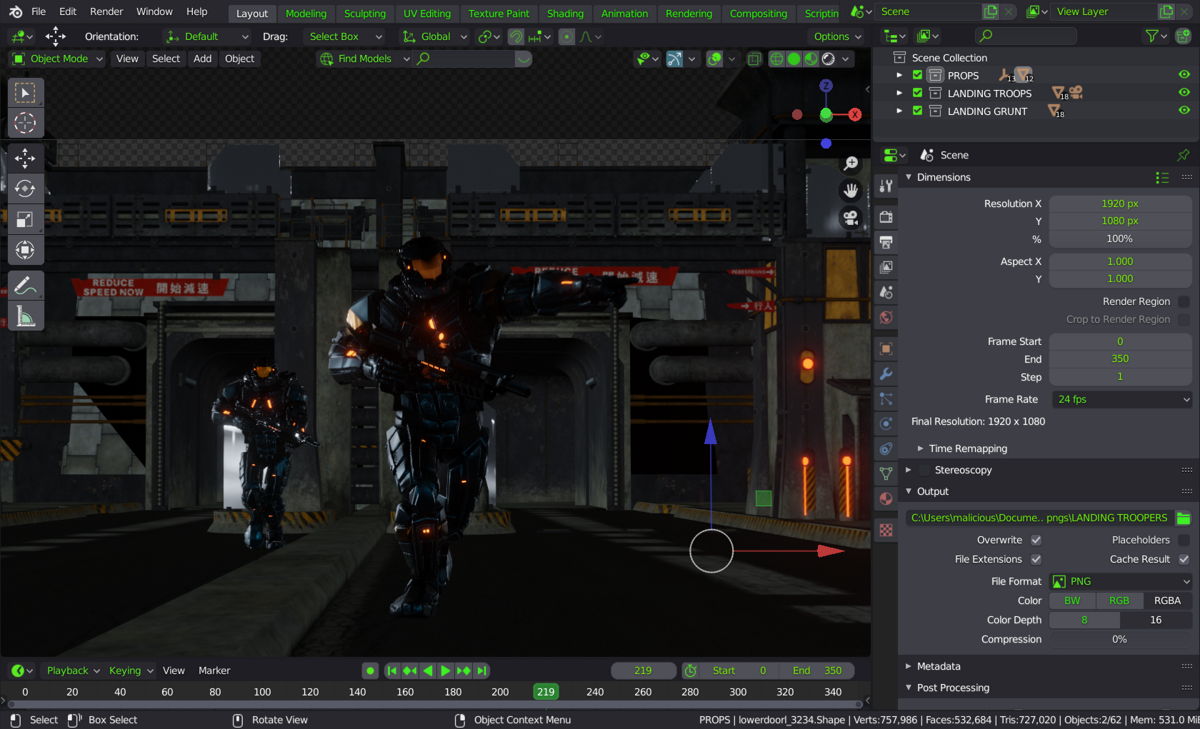 After years of only tinkering with previous versions, Blender 2.8x is now my primary 3D content creator, replacing a stagnant Maxon Cinema 4D, which painfully was used to render my feature-length film "Galactus Rising."

My planned animated web series will be produced with Blender, iClone, and DaVinci Resolve 16 as a finishing and delivery tool. 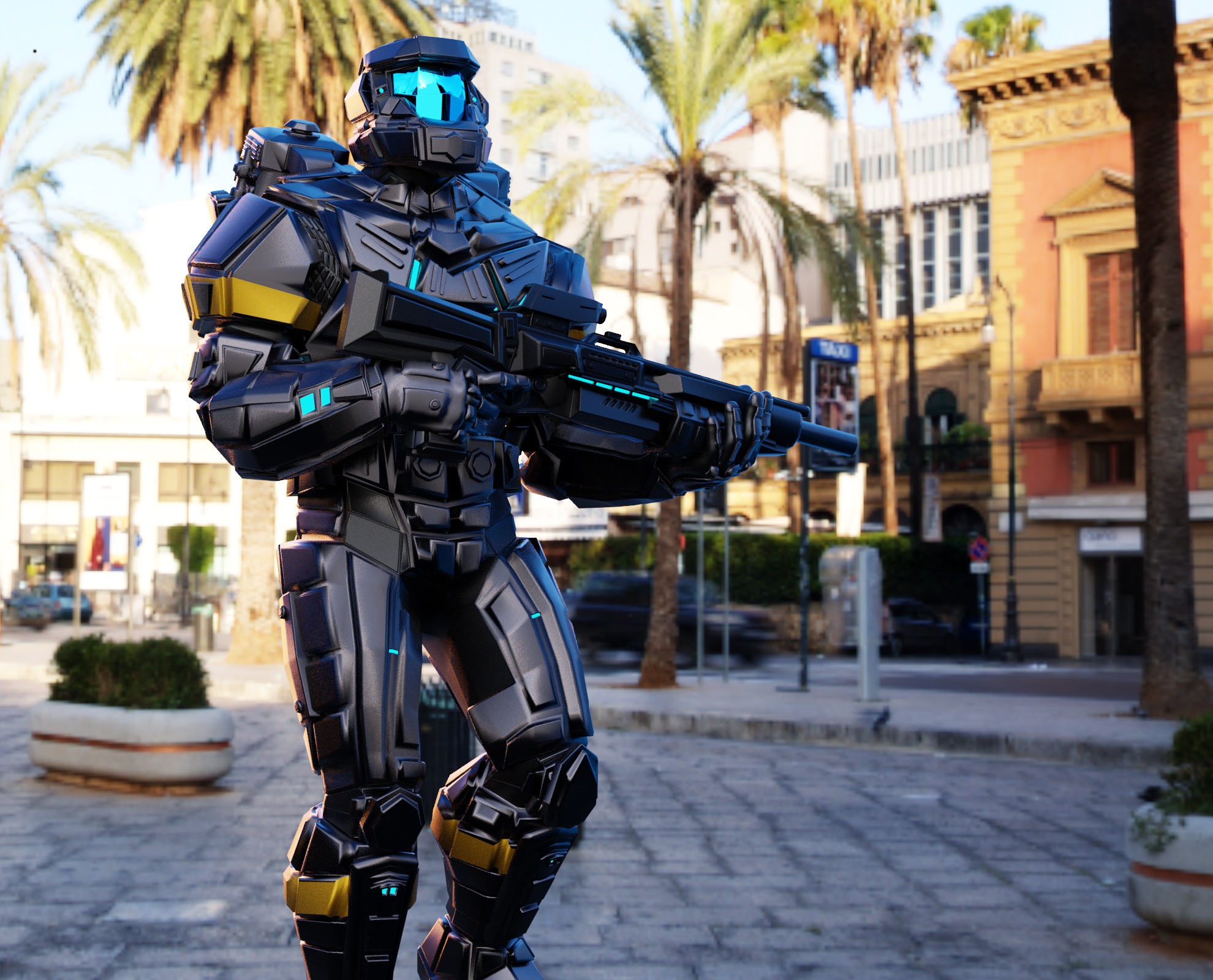 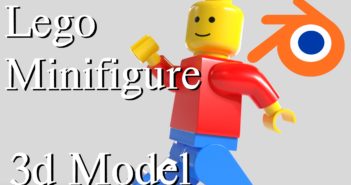