Hi! My name is Łukasz Rusinek, and I’m a 2D animator, specializing in 2D animated music videos. I started to make them around 2009, and since then I have created over thirty of them. In most cases, I did everything—from the script, through to concept art, animations, and post-production. I have always been looking for a tool that will allow me to do my work without having to jump from one application to another. When the Grease Pencil feature began to be intensively developed in the latest versions of Blender 2.7, I figured out that it might be exactly what I was looking for. Then 2.8 came out and since then I have switched completely to Blender, using it as my main tool for animation and compositing.

With the 2.8 release, I decided to make short animation loops to get some more knowledge about how things work in Blender. Nothing fancy—just short videos that I was able to create in one evening. Walker is one of them. I took a photo of a railway bridge in my hometown, used it as a reference for drawing and decided to add a giant creature walking by in the background.

Walker is not complicated. It’s basically four grease pencil layers—including the animation layer with the walking dude. The animation is a walk cycle looped for about four times. That’s pretty much it. The only problem was that the giant had to move slowly to look good. Going frame by frame (that’s what I usually do) would be a nightmare. I decided to use sculpting instead of drawing. Since every keyframe had the same amount of vertices, I was able to interpolate it.
To spice it up I added some city ambient sound (usually I record it by myself—this time I got the file from the Freesound.org, from the user who goes by the name “tosha73”).

Finally, I used a little bit of glare filter in the compositor. And that’s pretty much it. 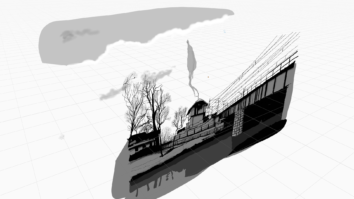 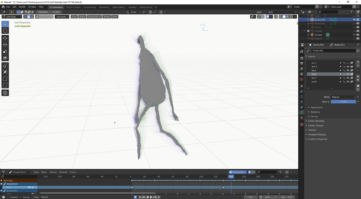 You can check out a little breakdown of the scene here:

And an animation timelapse with a character slightly similar to Walker. The same technique was used here. Only one frame was drawn by hand. The rest of the keyframes are sculpted and then interpolated.

Łukasz Rusinek, I’m a self-taught musician and animator, who loves to combine music with animation. (Photo by Piątaesencja) 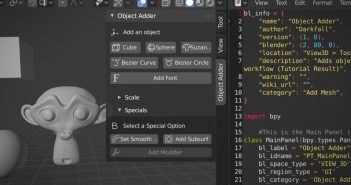 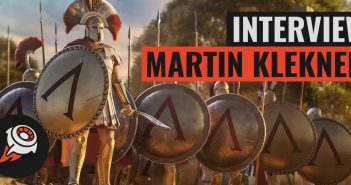