An animation project I made based on Kong: Skull Island movie… with a little twist to it.

My goal is to recreate my favorite scenes in Blender3D.

I started off creating a UH1B helicopter which was a classic in war movies:

I have used Substance Painter for textures- which was really helpful on creating my own PBR textures. I baked a normal map for the bolts on helicopter body with blender- added a slight dent around it for details.

Landscaping was a bit of a rough phase, as adding thousands of trees and rendering it doesn't really go well with laptops. The new Denoiser came in really useful for this personal project...and I think it did a fantastic job.

Then I moved onto the main shot sequence where the Banana lifts off the ground and impacts on the helicopter. Since I already had a rough idea of the time, I needed for each shot I moved on to rigging and animating a few seconds of movement on the pilots. I had saved each shot on separate blender files so it was easy to organize and to look through if I ever needed to change something in the future.

Then came the simulations. I went back and forth from using manta flow and blender internal smoke for various reasons. Sometimes I had used both. The slow motion shot where the helicopter catches fire and smoke had to be done in a combination of 2 blender scenes. One is with the fragments/ shrapnel particles that moves in slow motion, and the other with smoke. Because currently, you can't use time remap on smoke simulations- or maybe there's another way that I couldn't figure out.

For Rendering I have again used both engines on different shots. For detailed smoke simulations Eevee is really effective. But 90% of the helicopter shots and close up shots are done in cycles for the final result.

Rest of the shots barely took any time at all to animate, as most of them are around 3 seconds, average. So, I would leave them to render overnight. A little tree animation is also included, try to spot it ;)

For compositing I used Hitfilm Express. It felt a bit different for not using After Effects, But It worked well. I really liked the Cam Shake effect, and the Heat Distortion.

Then for final stage I recorded a few voice clips and edited in Audacity for radio voice-overs. Sound effects are from freesound.org

This little project will be my portfolio for the last 5 months, on and off. :)

Thanks for your time! 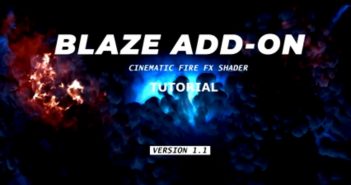 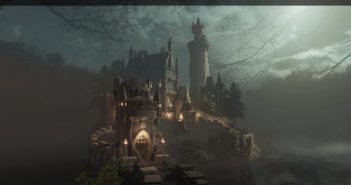 Next Article Behind the Scenes: Castle