This character started out as a fun sculpt to test out Blender 2.81 while live streaming on Twitch. Decided to do an entire process of Retopo, Rigging, Texturing and Animating the character in a scene entirely live on twitch. Once I had finished the scene I realized I bit off more than my computer could chew render wise. So I found Concierge Render (Cloud Render) which saved the day and my computer. They had a quick turn around and great price for a small company like mine.

PIXEL URGE A DIGITAL MULTIMEDIA COMPANY BASED IN CENTRAL CONNECTICUT STRIVES TO PROVIDE EXCELLENCE AND UNIQUENESS TO EVERY CLIENTS' PROJECT. ALL YOUR DIGITAL MULTIMEDIA PRODUCTION NEEDS IN ONE PLACE. GRAPHIC DESIGN, MOTION GRAPHICS, 2D/3D ANIMATION, DIGITAL SPECIAL FX, COMPOSITING, EDITING AND VIDEO/PHOTOGRAPHY ARE AVAILABLE FROM PIXEL URGE. CONSULTING AND SEMINARS ARE ALSO AVAILABLE. 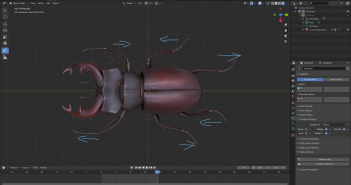 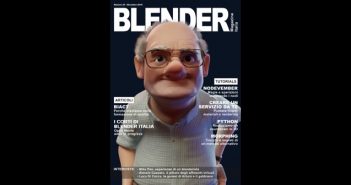 Next Article Blender Magazine Italia no. 23 is online!