Heya! I’m Ryszard and I’m working for 7Levels, a company based in Kraków (Poland). I have 8 years of experience in making 2D/3D games.

I was 3D Artist and Animator at Everydayiplay and made: Vikings gone Wild, Heroes of Paragon and Heroes of Nox. Currently, I’m a Lead 3D Artist, Animator and VFX Artist at 7Levels where we made Castle of Heart and Jet Kave Adventure. I also created 2 packages for Unity Asset Store which are: “Ubrin” and “Medieval Props Package.”

Also, for 8 years now I’ve been using Blender, only recently with the help of Substance Painter to texture the things I make.

Kave was created for the game Jet Kave Adventure, exclusively for Nintendo Switch. The model was made based on concept art by Andrzej Dybowski. 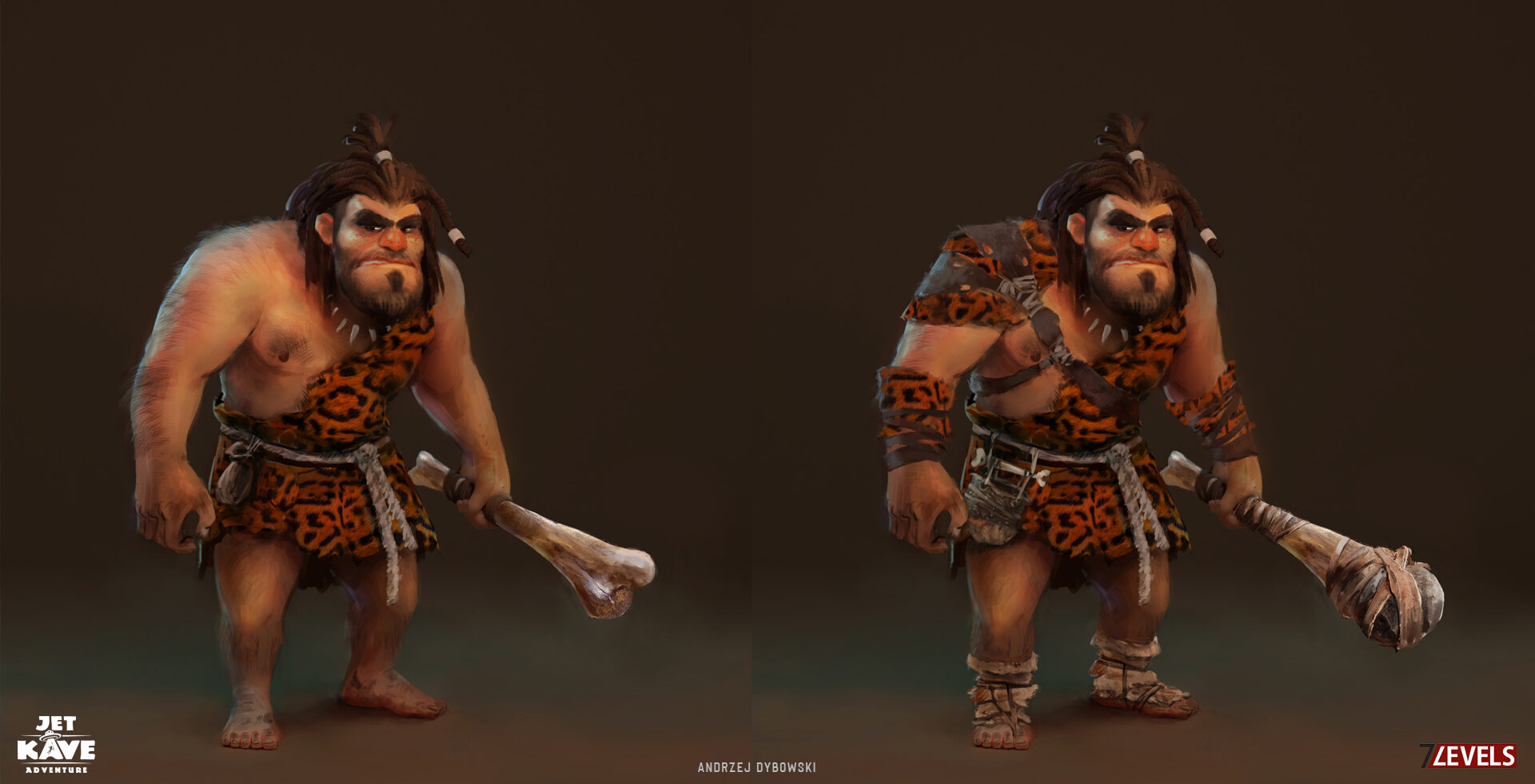 The concept art went through its process just as the 3D model did. It was complicated due to its progression in the game since it had many different parts to evolve: club, satchel, outfit, and clothing.

I used Blender for blocking, high poly sculpting, low poly processing with UV unwrapping, rigging and skinning, and animating over 180 animations with over 30 cutscene animations of this character and many others from the game.

Later came Substance Painter, which helped greatly with textures. The Blender community helped with shaping the nodes to give the same result within rendering in Blender from Substance Painter.

Searching for the face shape of a caveman was kind of fun. Creating the body shape helped refine the main concept. 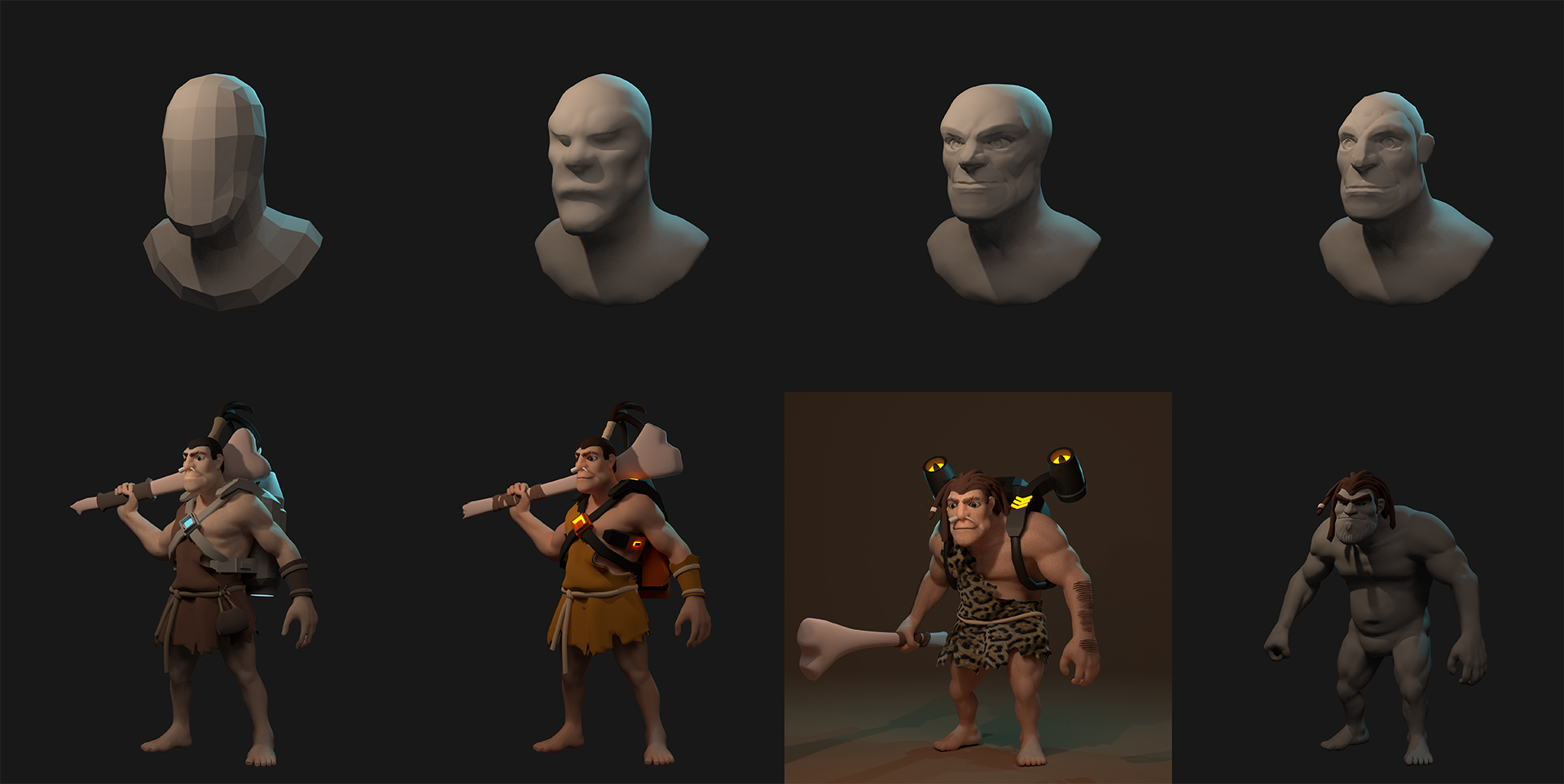 But after having a concept it went through another process of exploration: 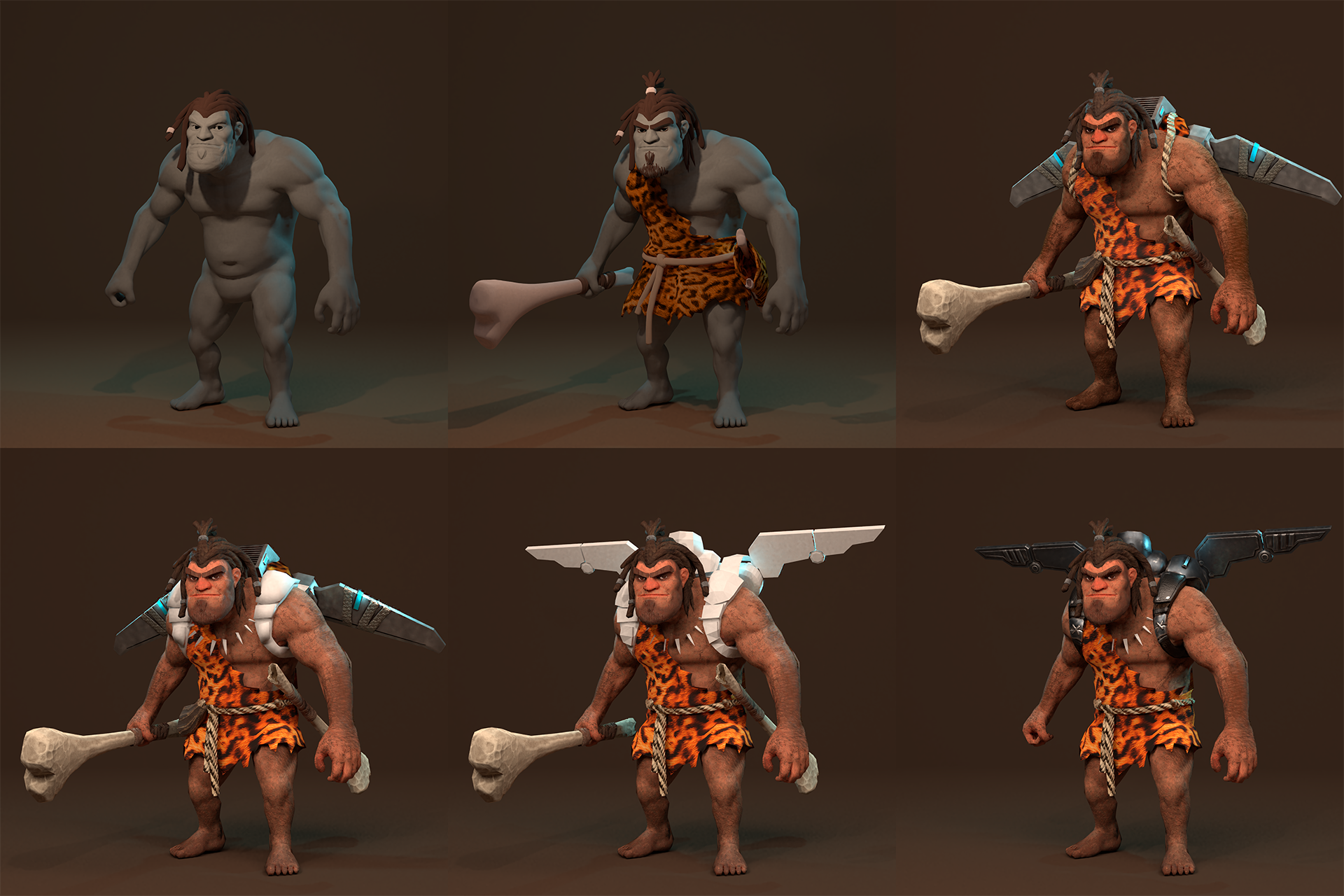 Detailing for the game was about 60% of the work.

Once all the levels were developed, I was able to create the full gameplay version of the character: 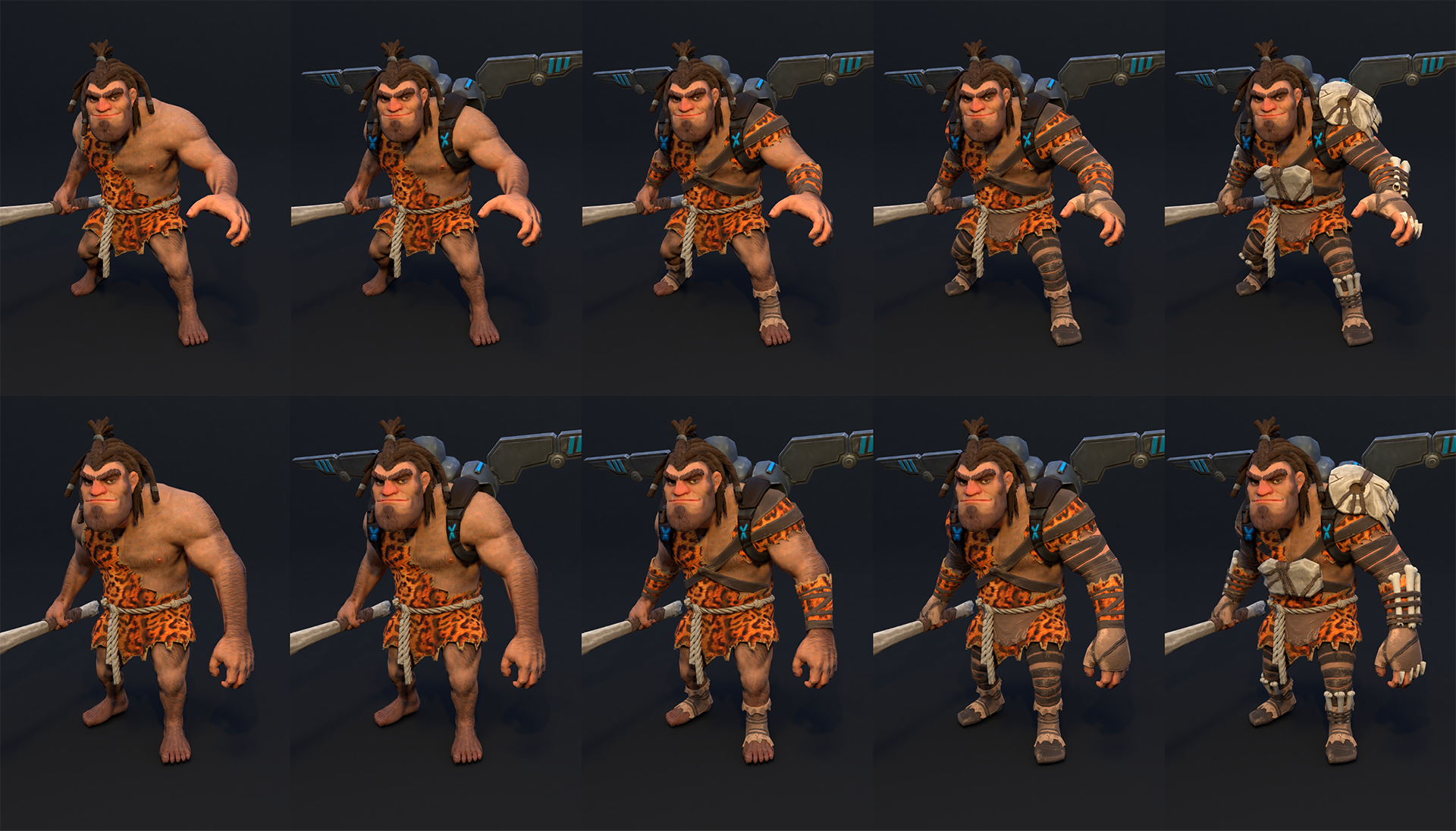 But that wasn’t the entire process; after making all the animations and animation controllers in Unity I returned to the main character model and fixed and polished everything I could. 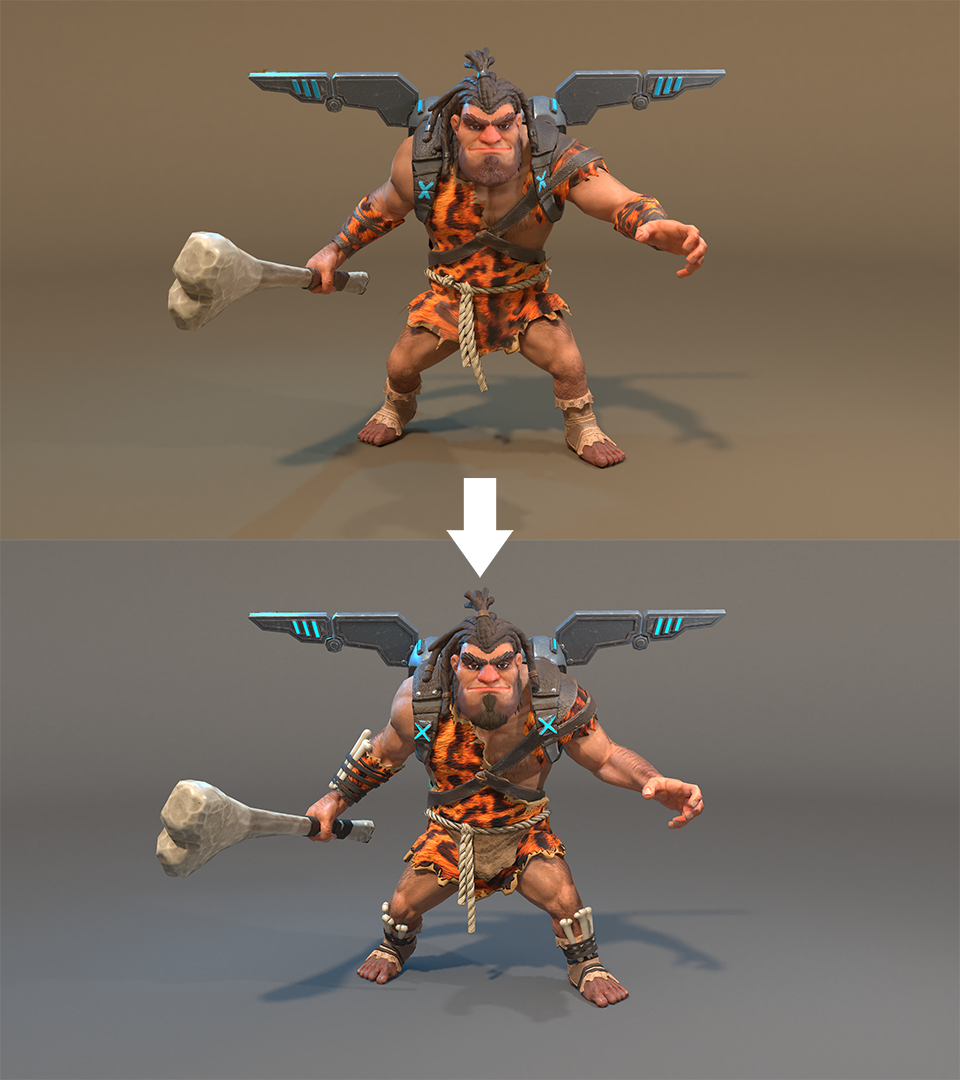 Here I needed to fix the facial expressions, as well. I added some extra parts with proper rigging and skinning. I also added details to the jetpack, the body itself, and the clothing for each of the levels.

I guess you can say it is already the third iteration of the same character...making a character is a process.

The process of making the body shape, high poly and low poly with texturing, and then rigging and skinning was almost easy, except for the choices that needed to be made about the optimization of the facial animations. 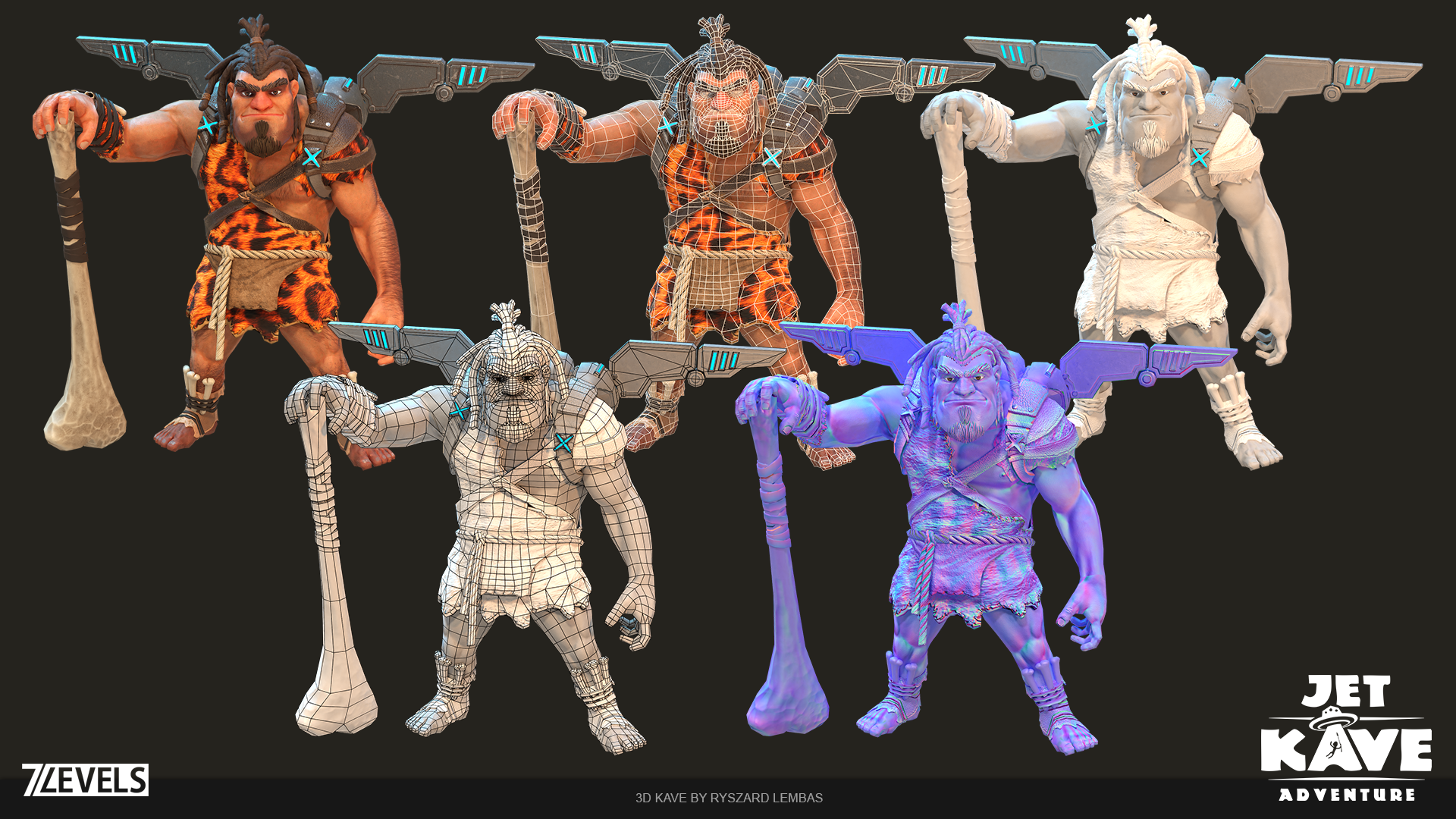 Making a character for a console game means that the character needs to be optimized in mesh, texture sets and quantity of bones. Unfortunately, blend shapes are not optimal so the face needed to be on bones. More bones means better expressions, but fewer bones means better optimization. 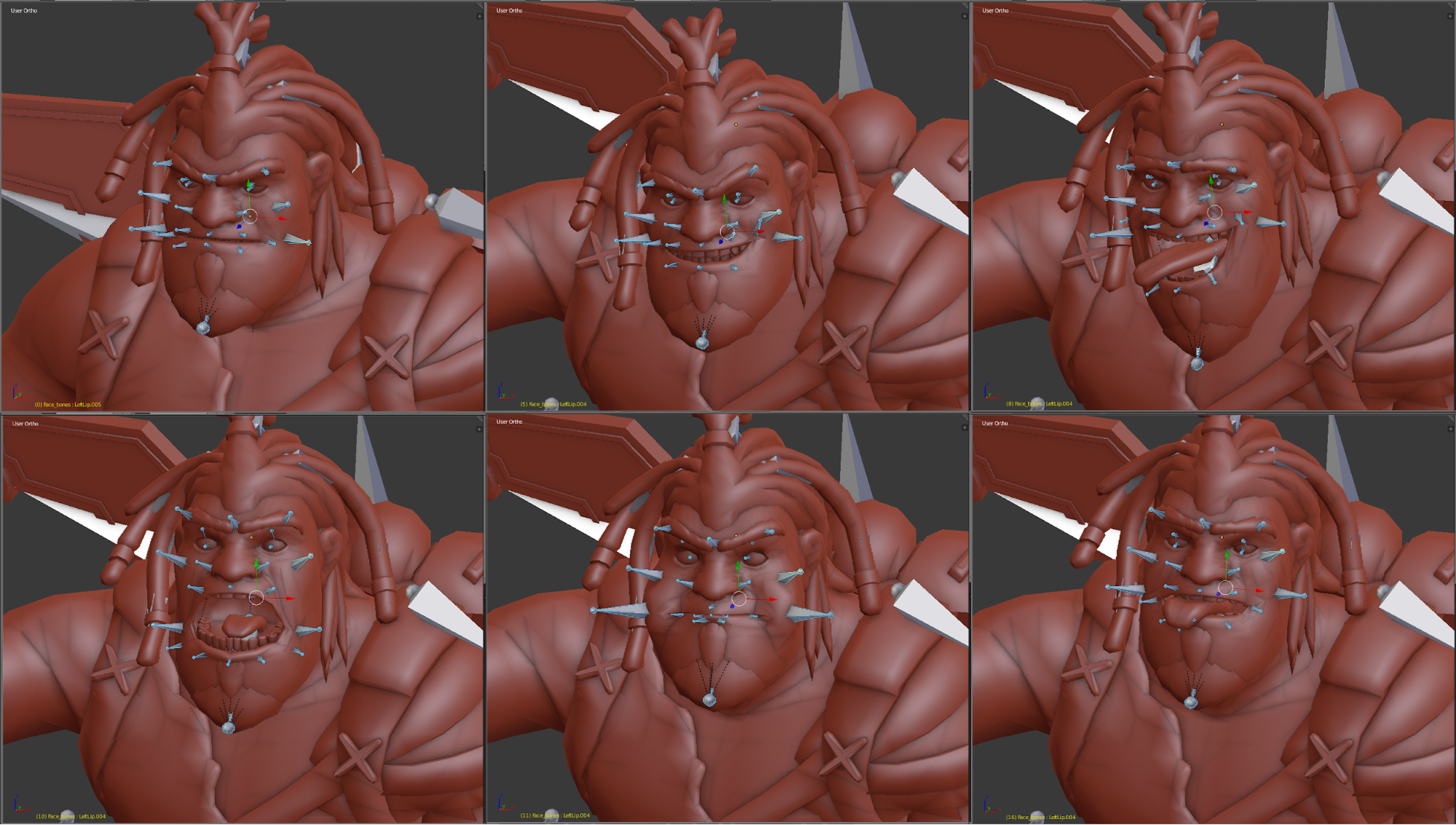 Finally, after having everything polished I posed the body and animated the facial expressions that are currently in their final stage on ArtStation. 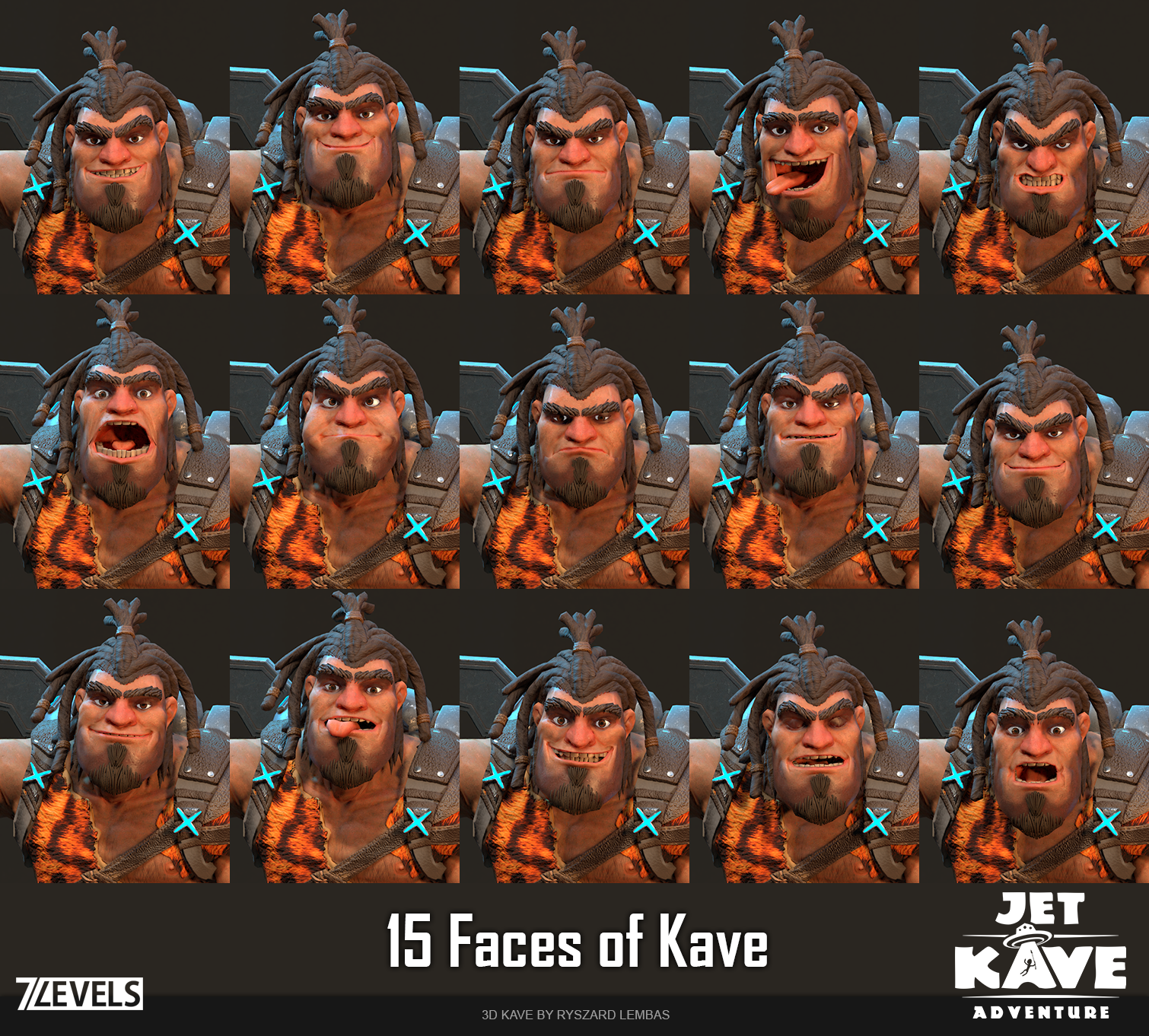 I also focused on the high poly fixes by adding more details and a more muscular look: 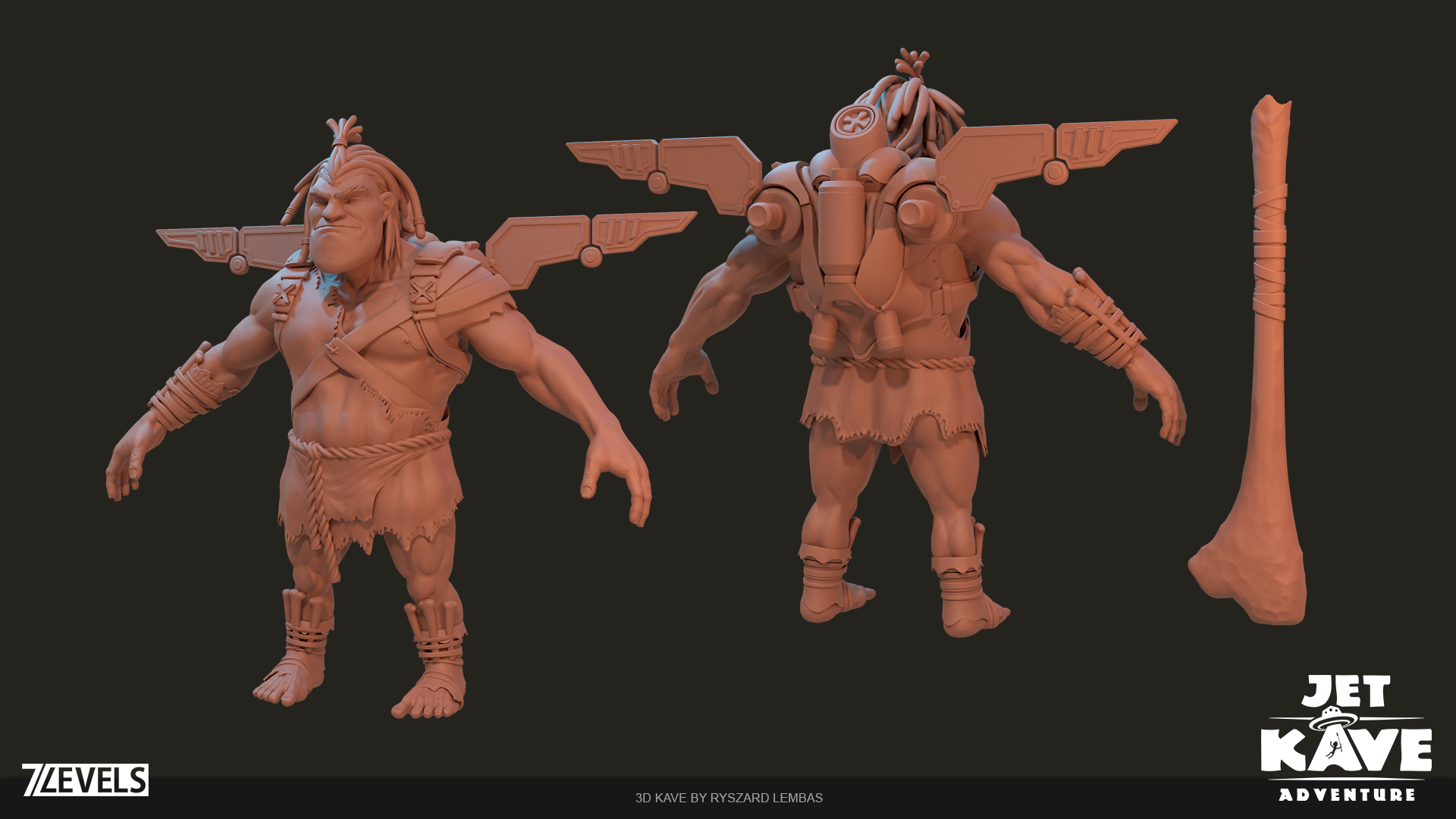 What was missing in the final presentation was the ground, which I made only for the presentation: 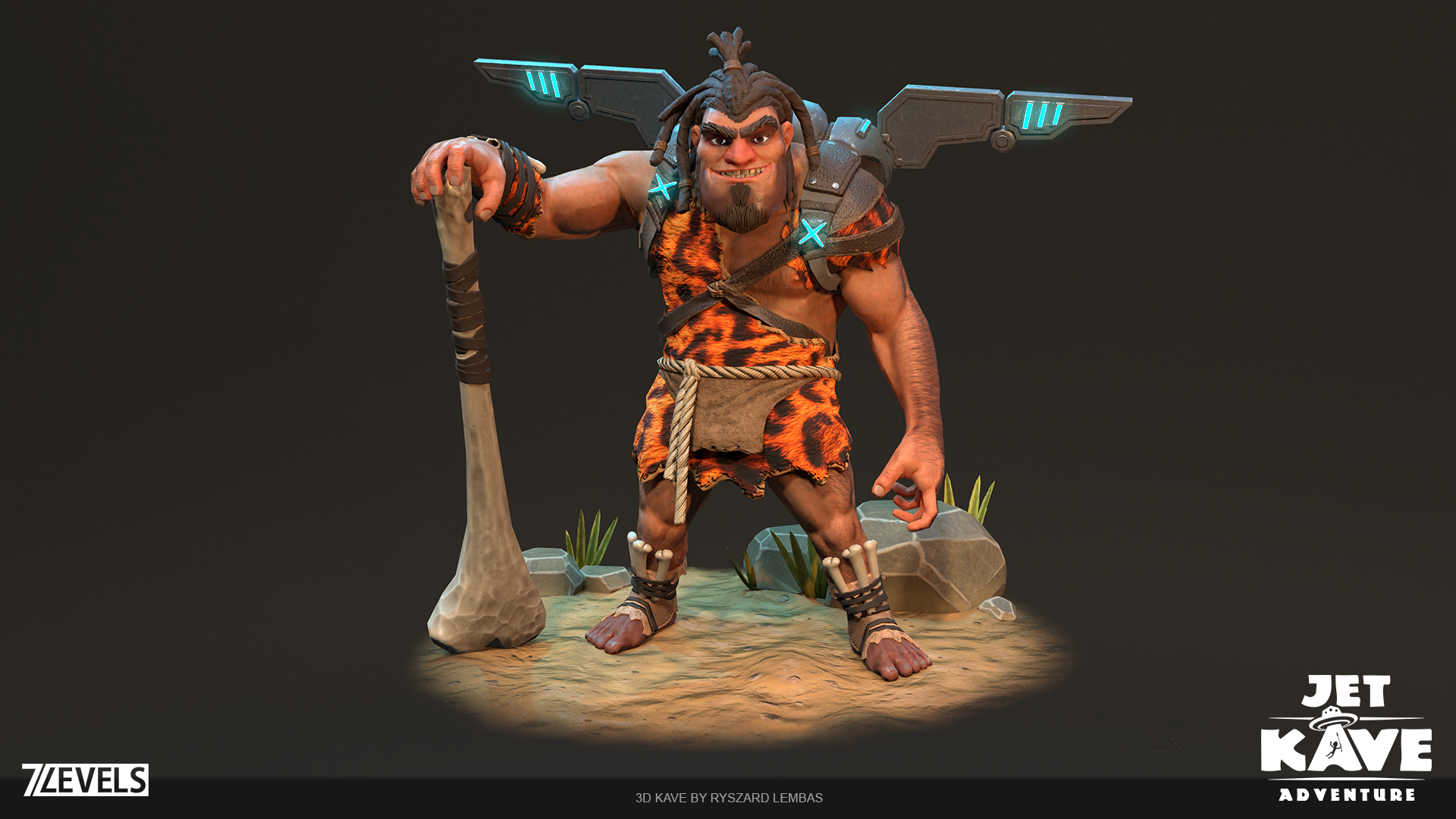 Posing of the character was fun after having completed all the pieces of the model, textures, rigging, and skinning. :) 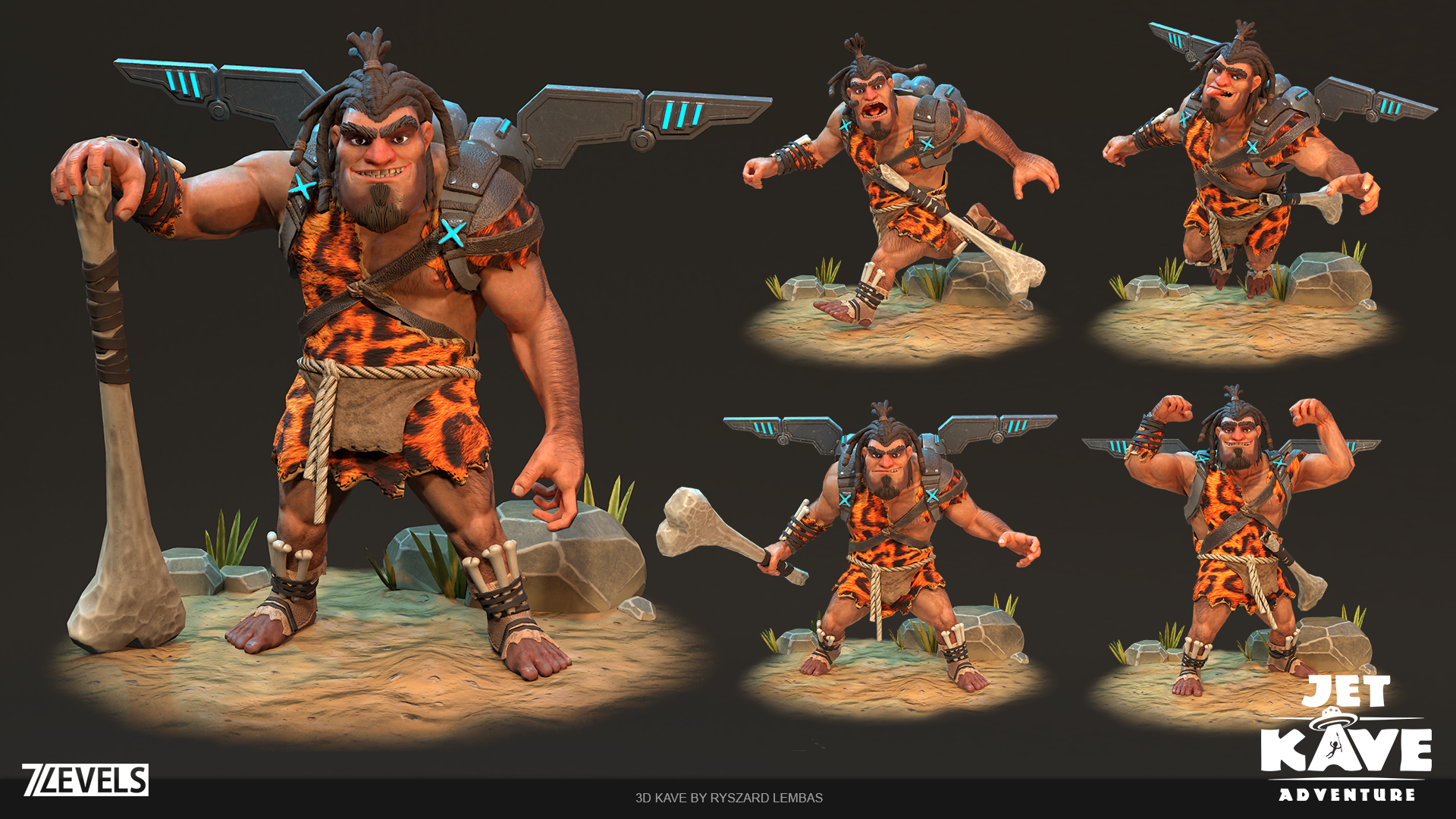 So, all in all, making Kave from Jet Kave Adventure was a long process…but it always is. From blocking, to high poly with muscles and evolving clothing and parts, to adding the facial expressions and making it all work in the game engine...it was a great journey I’d love to have once again, but next time with all the experience I’ve gained through making this character. 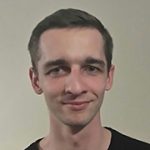 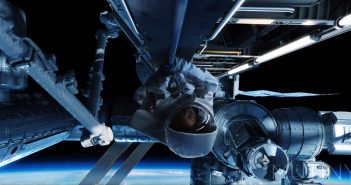