Hi. My name is Bo Laugesen. I live in Slagelse, Denmark.

The first time I tried making 3D was 2001. I learned 3ds Max (3.1) at Truemax in Copenhagen and I later did some freelance jobs for a while, mostly with Maya. But I hadn't done much 3D since then, except for some Counter-Strike source maps in Hammer. In the beginning of 2018, I wanted to make some 3D again and decided to try Blender. And I was amazed, and got totally hooked. So I started watching tutorials, and still am. And I’ve had a lot of fun with Blender BGE, and ended up making my own little game (Zap the dolls), and modeled some characters that I only used for animation and camera track tests. So when 2.8 beta came out, it was a good opportunity to try it out with one of those.

I usually look to nature for inspiration when I do my paintings in oil and acrylic and chose to make a potato beetle because of its bright colors. I found some references by using Google. 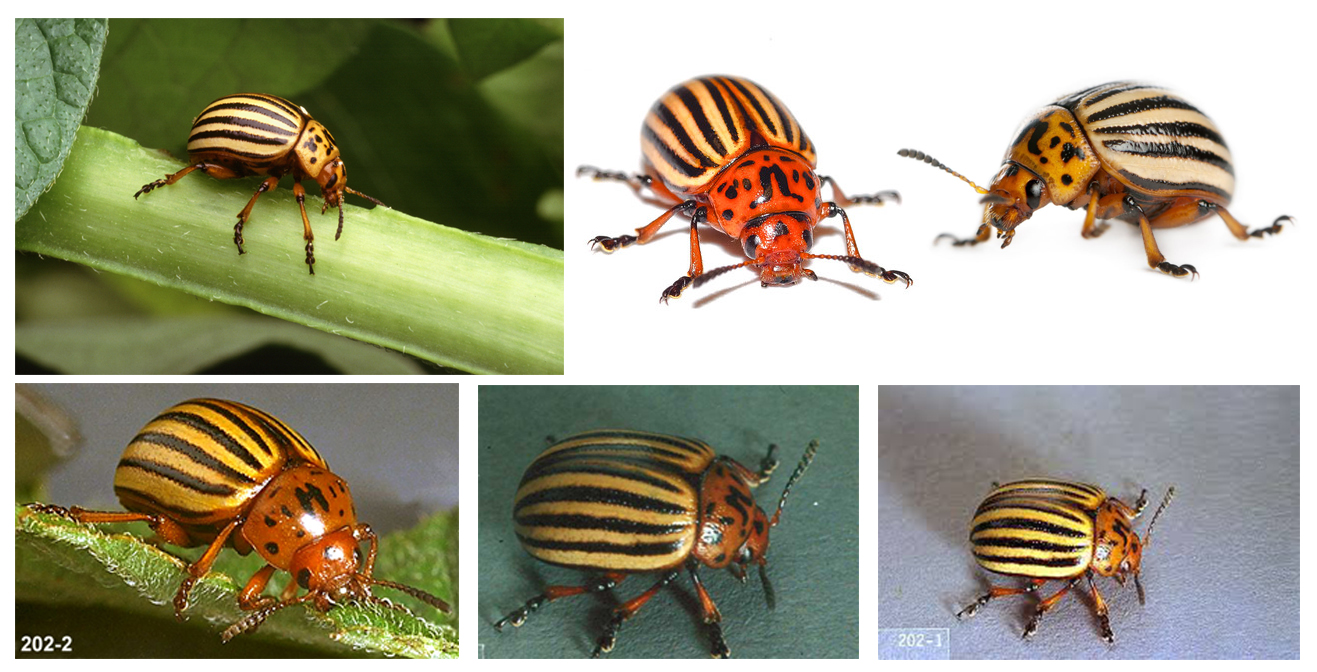 I started with basic box modeling, extruding, and scaling until it started to look like the shape of a beetle.

I added simple colors to the faces, and baked it to a texture that I could paint on.
I only used Texture paint to color the beetle.

Then I converted the image to grayscale, to paint a bump and specular map.

I then added a rig, so I could position it in the way I wanted. and made a small
animation test:

I changed the rig after the test because there had been too much sliding.

Then it was time to import the beetle into 2.8 and I started playing with the nodes.

I especially wanted the dots by the stripes to be visible.

With Eevee and the textures I had made, it didn't take long before I got some promising results. 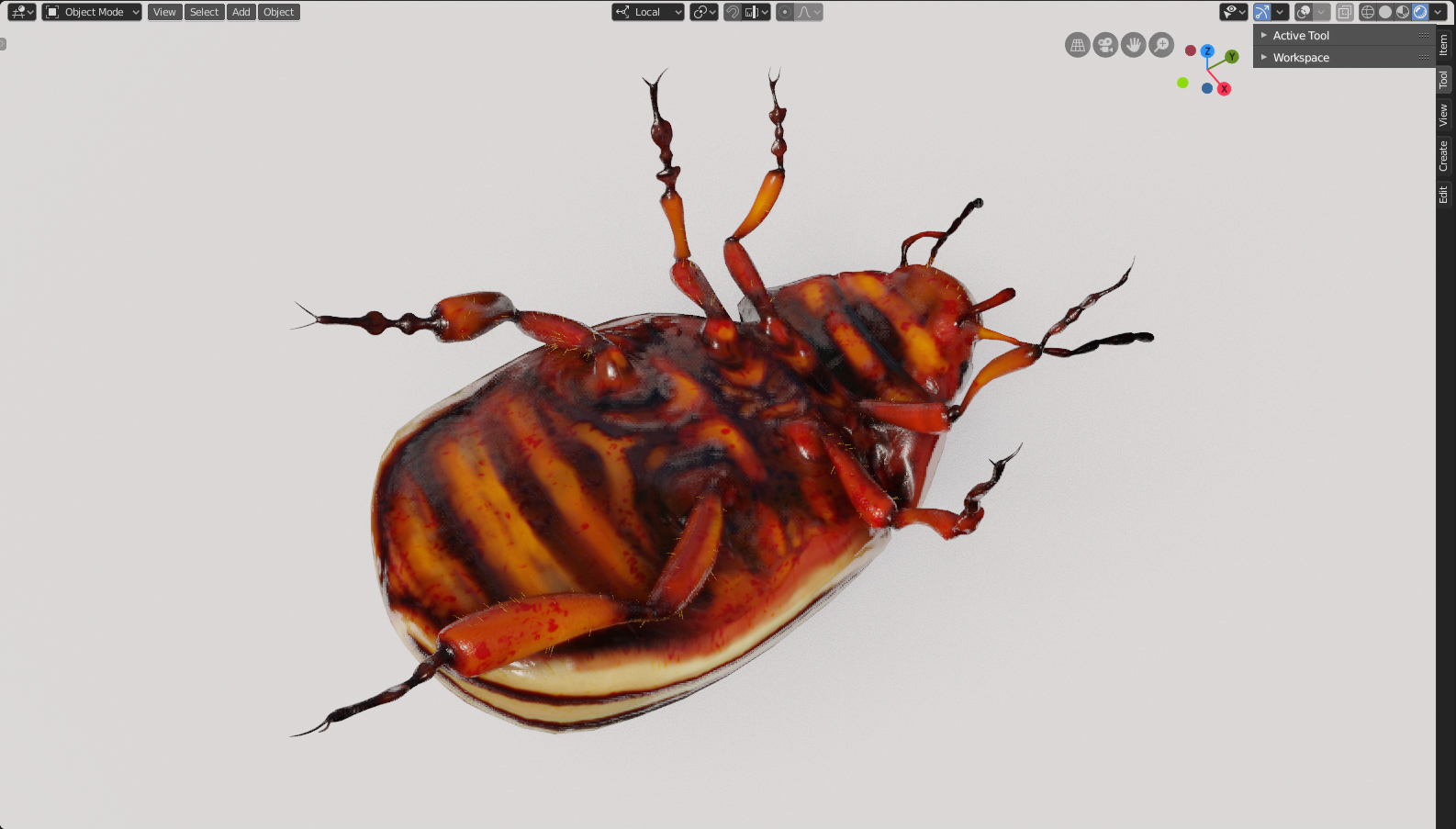 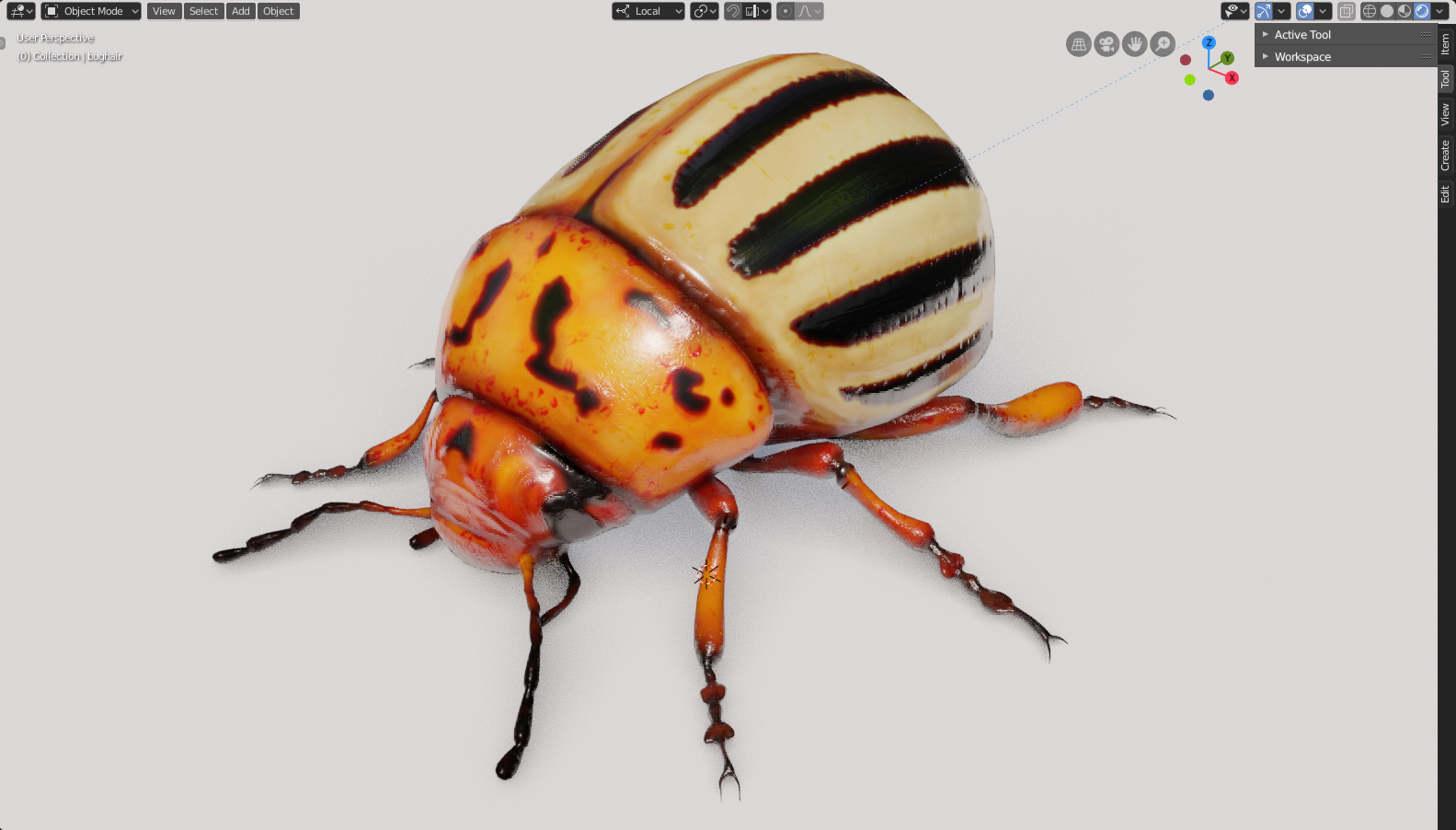 For the stem I mixed a musgrave and a noise for color. The normals are a mix between a musgrave with 500 in scale and a normal map I made. 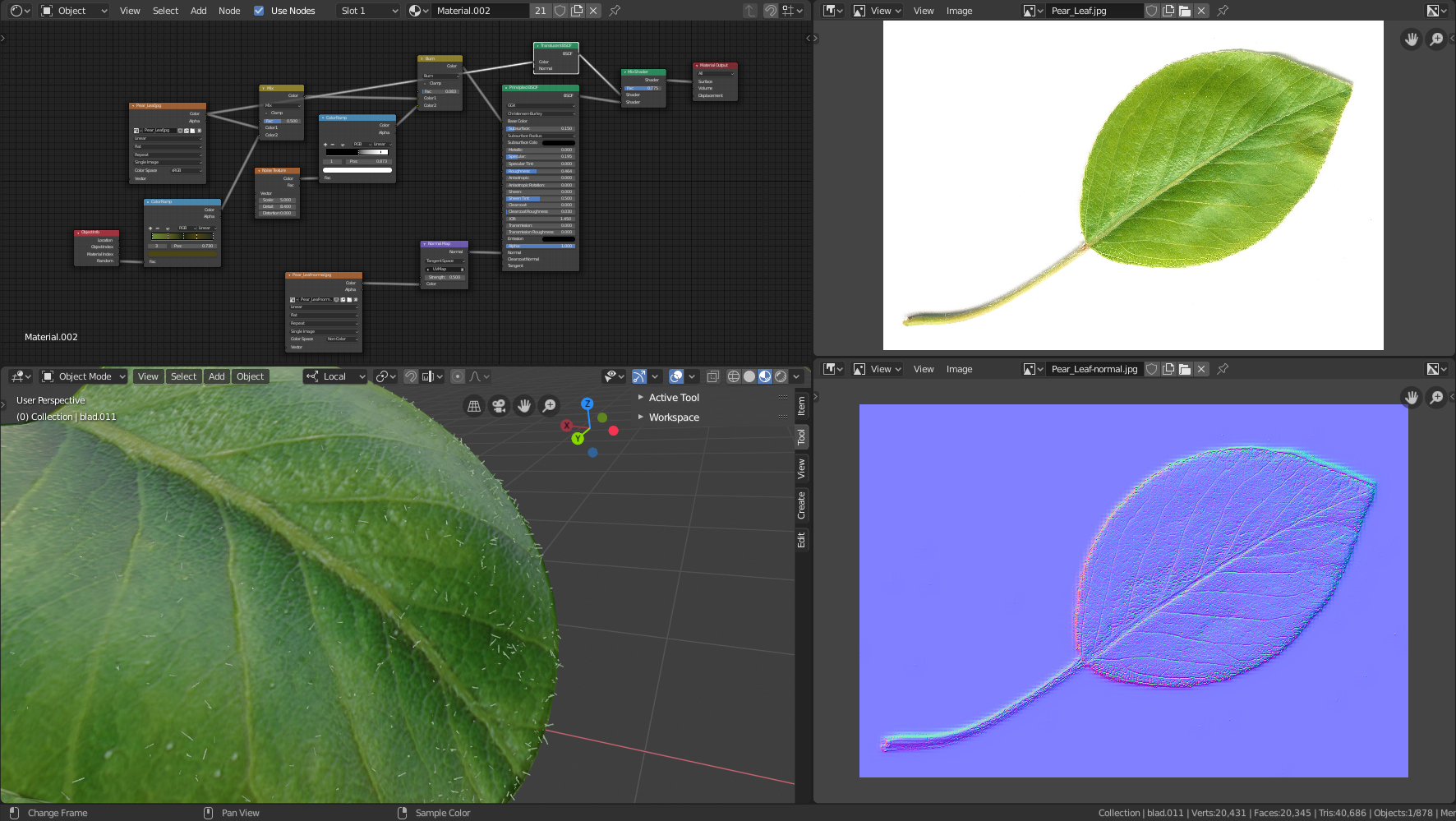 For the leaf, I found a good quality image I could convert to a normal map and mixed the image texture with Noise and ColorRamp to get some color variation.

A small amount of hair was added, but only on objects closest to the camera. The leaf was copied, rotated, and scaled and then placed in front of the camera.

For the enviroment texture I used "light cloud_layers_2k.hdr" from HDRIHaven and changed the value to 0.4 to make the background darker, so the foreground stood out more. The sun lamp had a strength of 10 and the other lights had almost default settings.

A Reflection Cubemap was added. but with the roughness turned down, so it was barely visible, only reflecting some greenish colors. 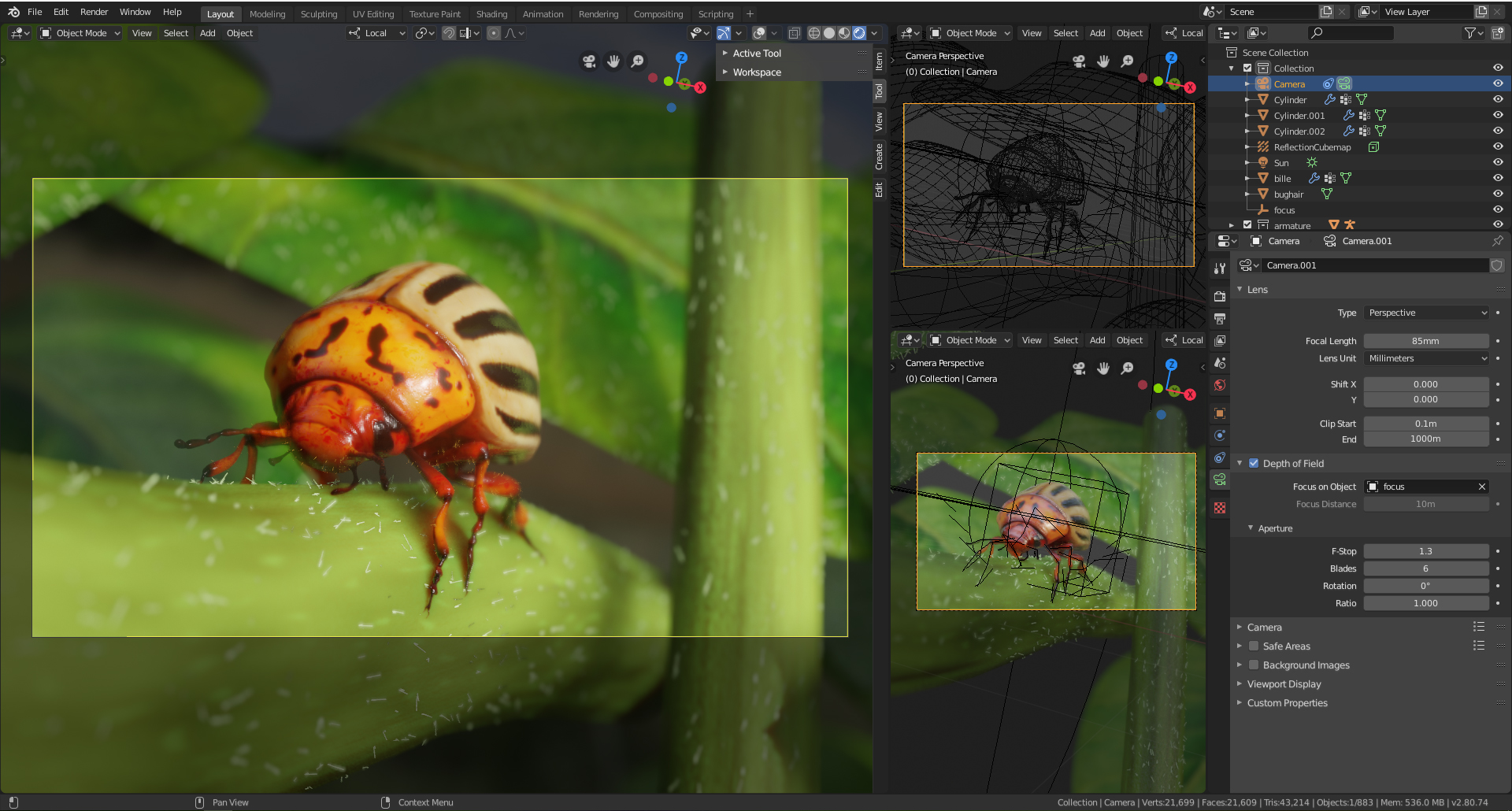 Finally, I placed the camera with a Damped Track to an Empty, which I also used as a focus object for the depth of field, with an f-stop value at 1.3 and a focus length at 85. 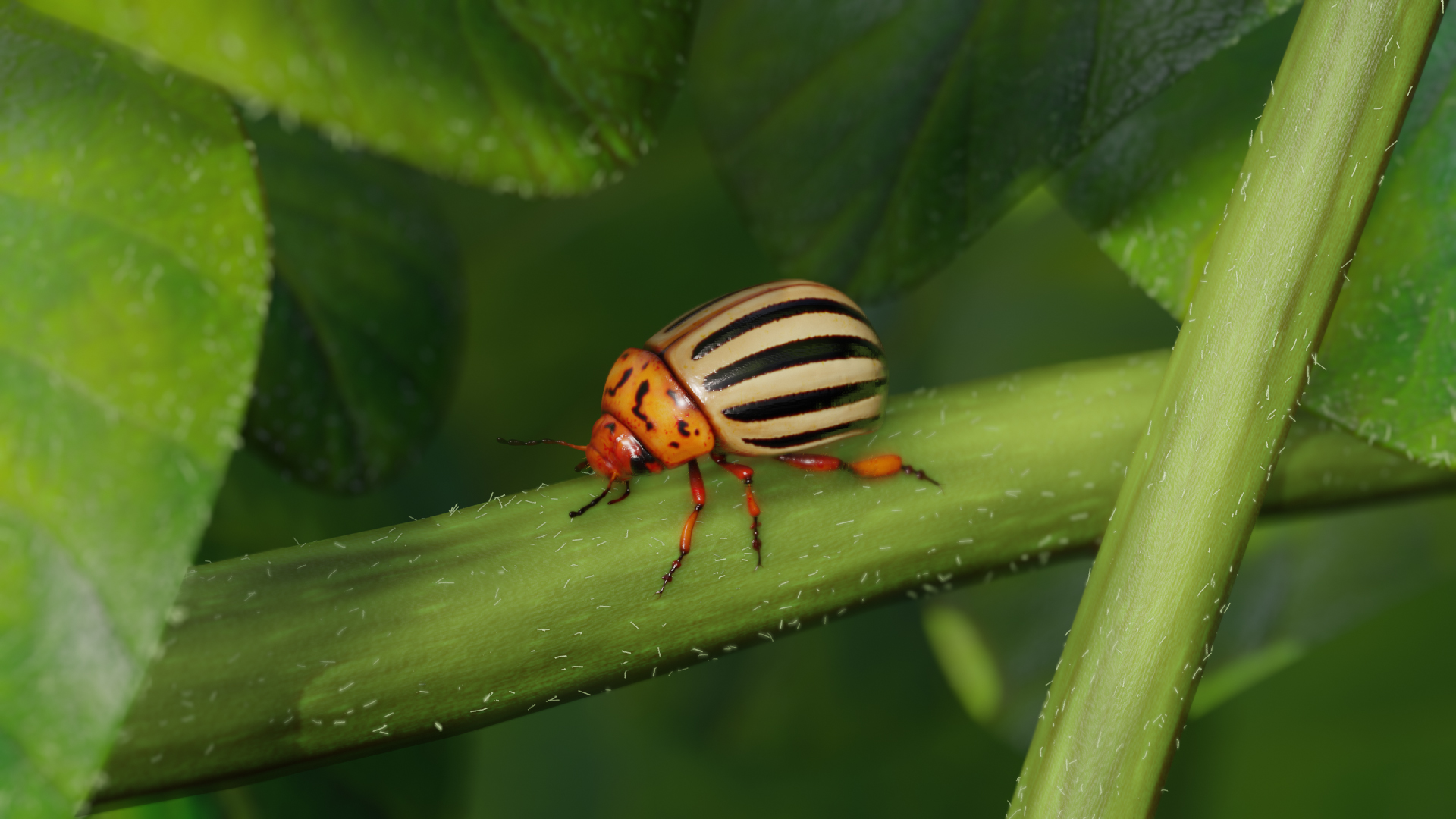 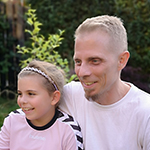 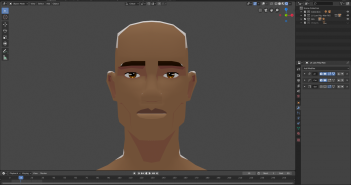 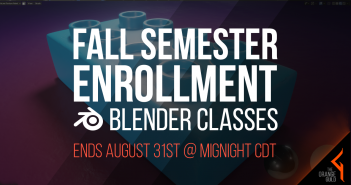