My name is Sangil and I am from Korea. I would like to thank BlenderNation for giving me the opportunity to present one of my artworks.

I worked as a matte paint and concept artist at Korea vfx from 2008 until recently and now I am a freelancer.

I started using Blender four years ago. Blender has helped me overcome camera and lighting limitations.

Lava Castle is one of a series of works from that I took from concept to 3D environment.
If you want to see my other works, visit my ArtStation.

I like science fiction and fantasy movies, but in Korea there is little chance of working in those fields. So when the idea came up, I sketched it and made it into a 3D environment.

I made a concept and it was in my head, so the 3D process was very fast. It took about a week to complete, from concept to render.

All modeling was done in Blender 2.79. I used a statue from the free Louvre model asset pack for the statue at the front of the castle. The castle itself was very simple to create, it took about 4 to 5 hours to model. 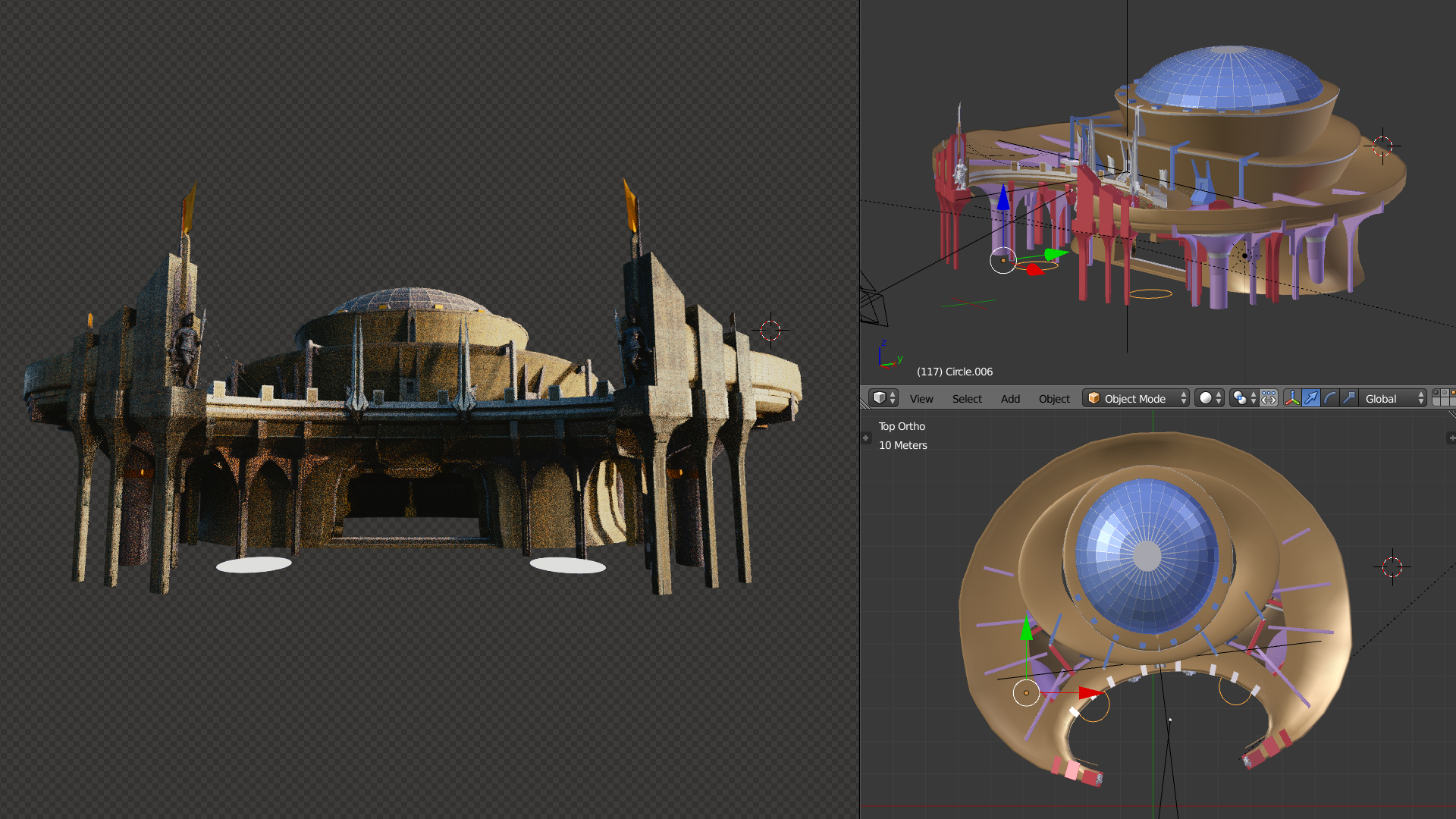 The cliffs and rocks were also simple to model. In the case of the lava rocks, I added detail using the multires tool.

My shader is very simple. I used a base texture of the rock ‘RockDark011’ file from Poliigon, and I added another displacement map to the displacement node. 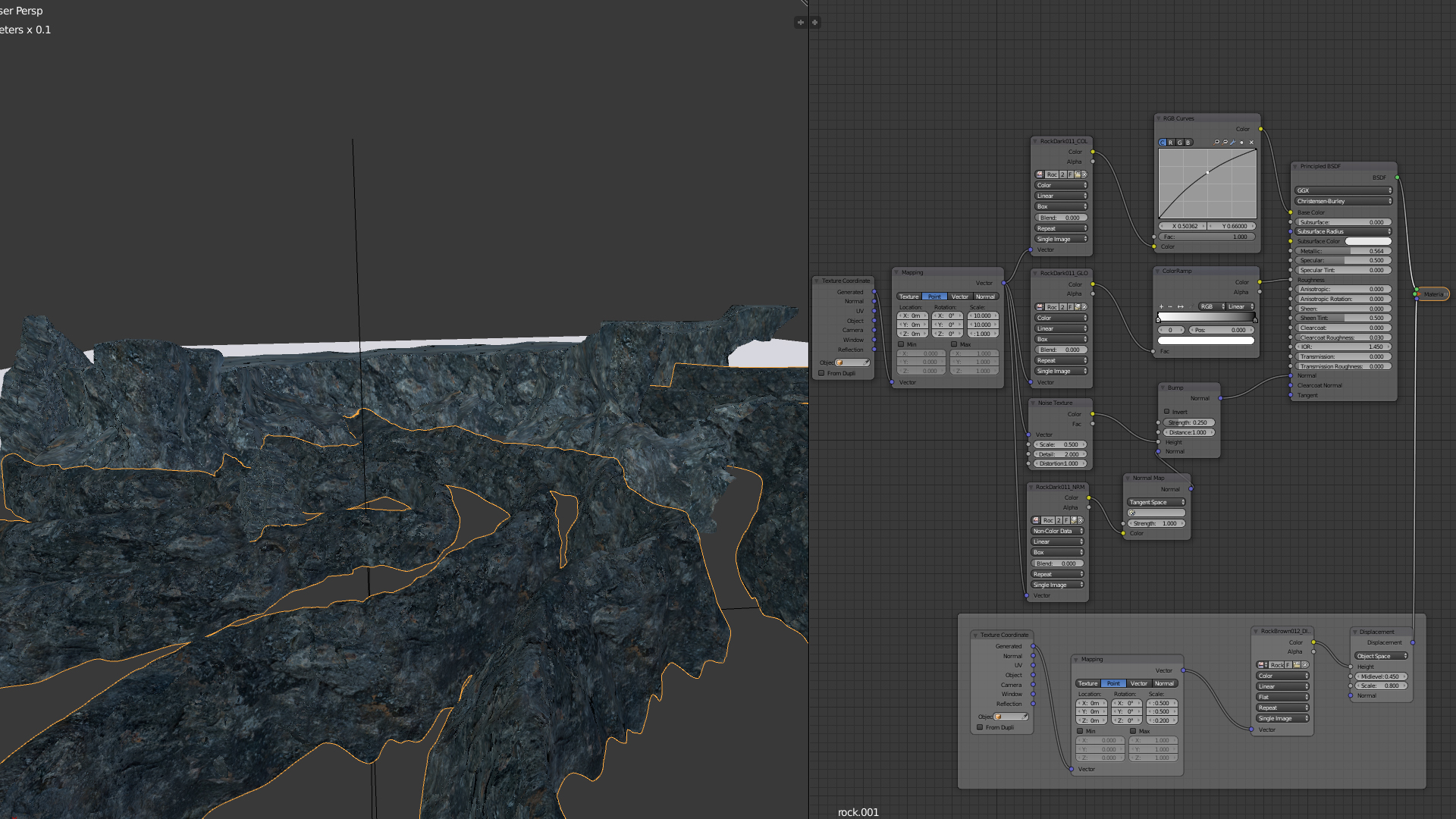 For the Lava Castle base HDRI map, I used a pro-lighting map and I added one sun light and two area lights. The red lighting of the lava was expressed using an emission shader.

The final animation was completed in Nuke by adding mountains and particles.

In fact, explanation is more difficult for me than work. I hope that this is useful to you. Thank you for reading. 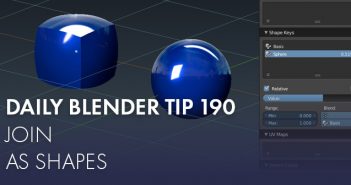 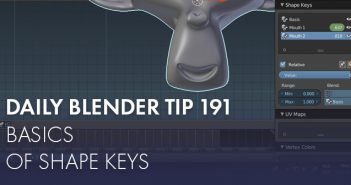