I’m Mohamed Chahin, an art director and 3D artist based in Alexandria, Egypt. I started learning 3D modeling and rendering in 2015 and I’ve been doing personal projects ever since just to try to improve my process.

Northern Lights in a Jar

I’ve been drawing the northern lights my whole life. I’ve never gotten the chance to see them in real life just yet, and had never tried creating them in 3D, since I usually create stylized cartoonish looking renders. My wanting to see the northern lights and liking the idea of keeping something you like as kid in a jar (like fireflies and such), is how I got the idea to create this scene.

I had worked on a few projects where I put some objects in glass and I kinda liked the concept. 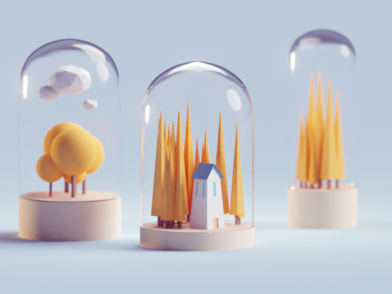 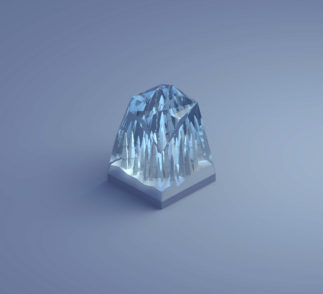 After that I thought: what would I store in a jar to keep with me? The northern lights with a tiny forest came to mind.

I used some image references for the northern lights, and a few as textures.

I started the scene with a simple cylinder and modified it to make a jar. 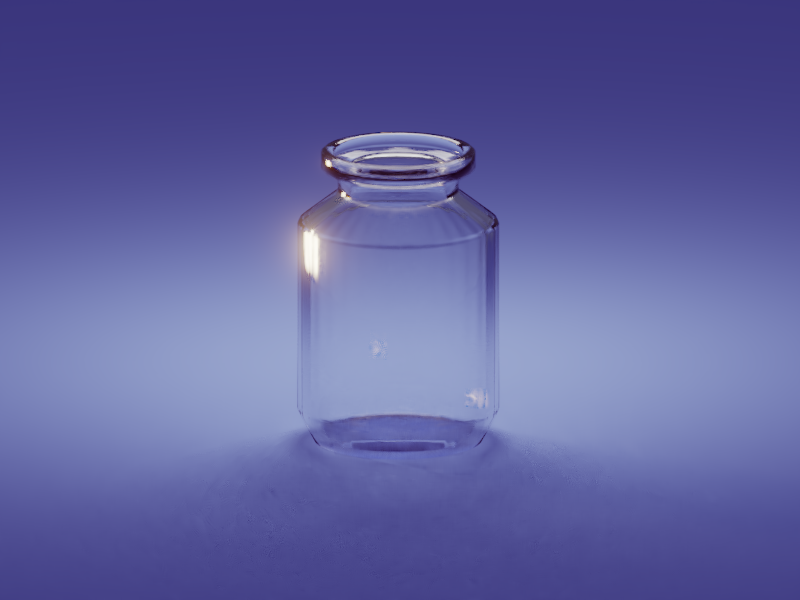 I added a lid to it, made a transparent object with a lot of tiny particles on it that would look like stars, and started experimenting with the gradients for the northern lights. 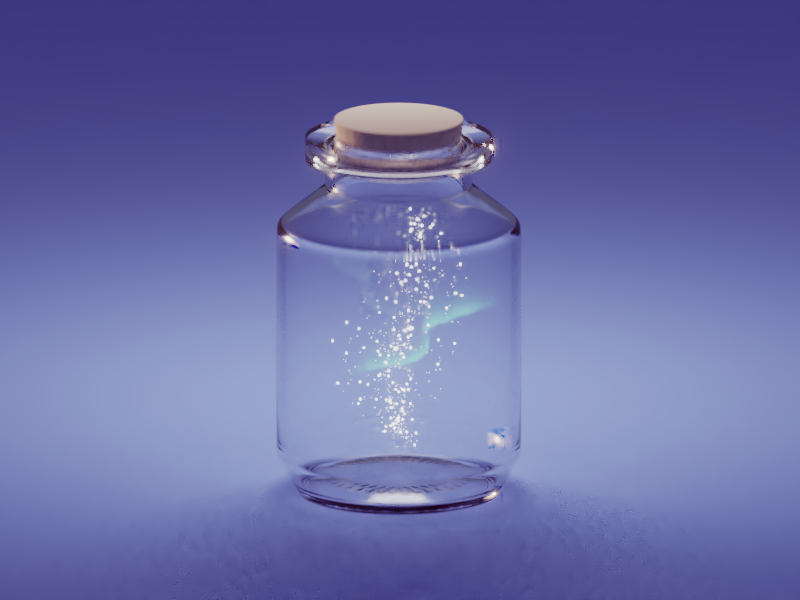 For the northern lights shapes (the green gradient in the jar), it was pretty simple to make just the images and a mix of transparent shaders and emission shaders. 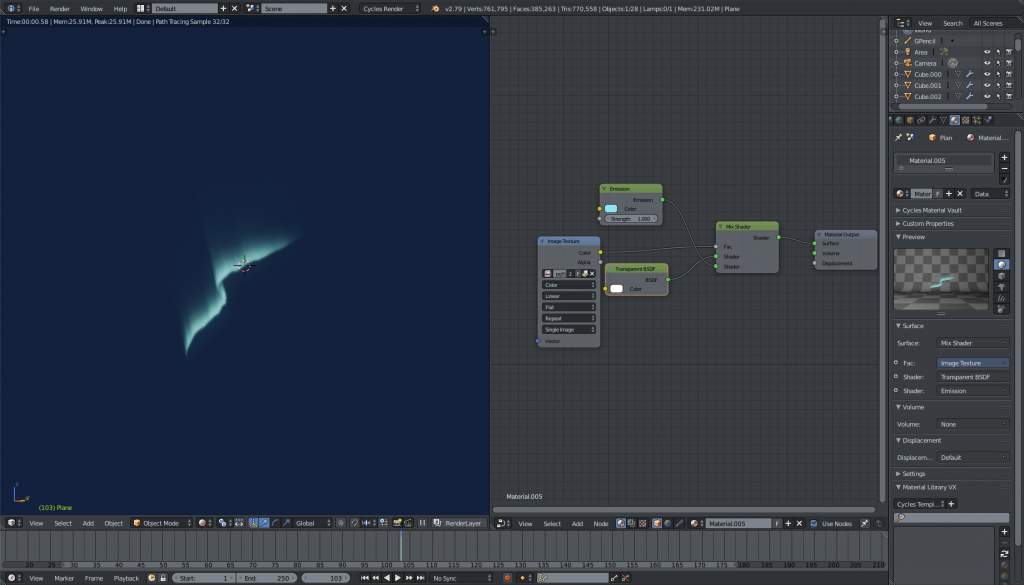 Some other northern lights shapes I got from free images online but I had to add a color ramp in order to get rid of other unnecessary details (trees, stars, etc.) 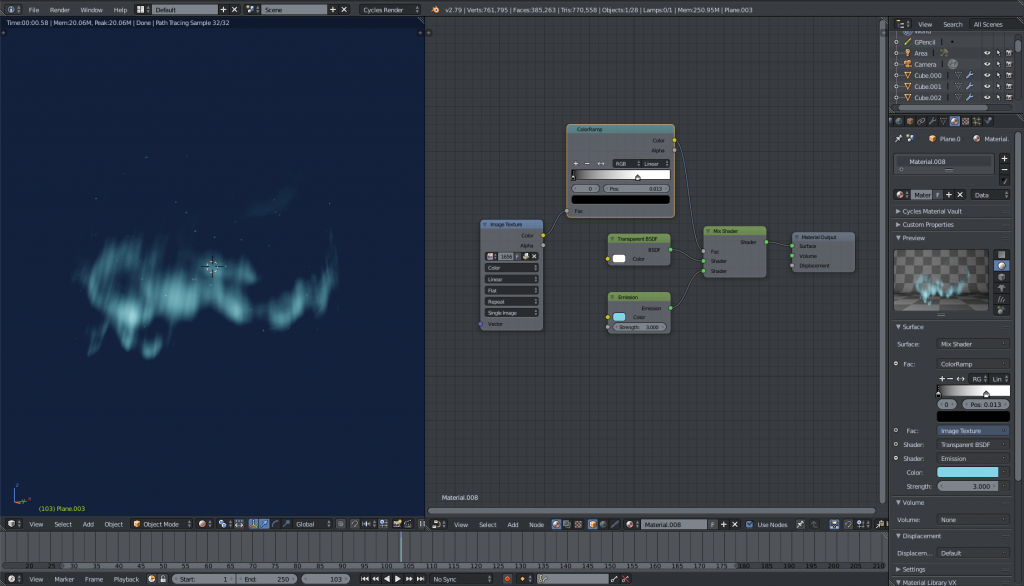 Since I wanted a dark sky, I thought I could find an easier way than using volume absorption and scatter shaders. I decided to use a cylinder with a gradient on it. 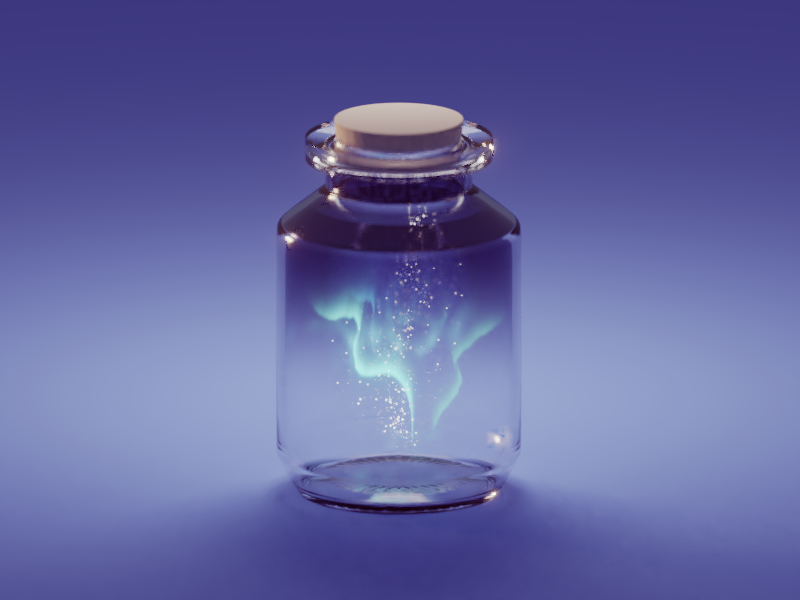 After that I created some trees using the Sapling add on, made a couple of them, then I added a small system of hair particles to create the group of trees so that I could have the tiny forest I wanted. 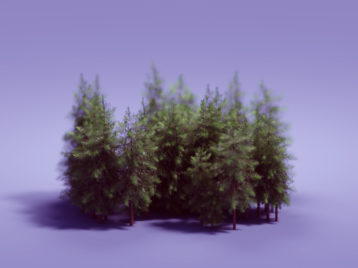 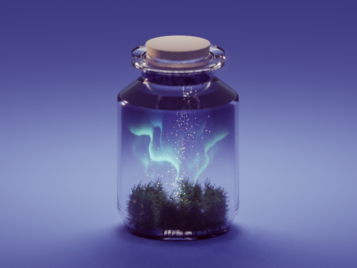 The final steps were tweaking the shaders a bit, tweaking some of the particle systems in the scene and, last but not least, tweaking the colors a bit in the compositor. 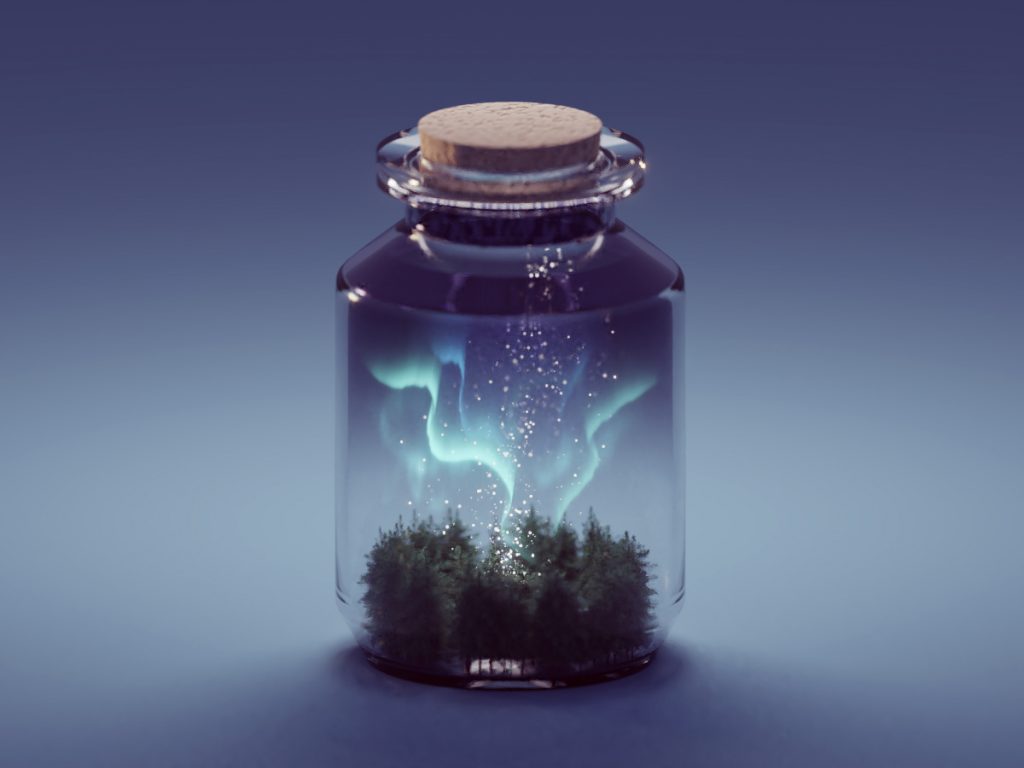 Making this piece was a really nice experiment, since it’s something a little bit outside of my comfort zone (not something super stylized or low poly). I’ll probably experiment with projects like this one more, and since I always go back to old projects and improve them a little bit every time, I think I might take this jar and put it in a different scene or try adding more stuff in the future. 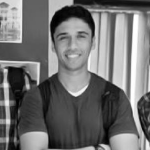 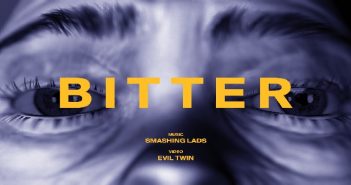 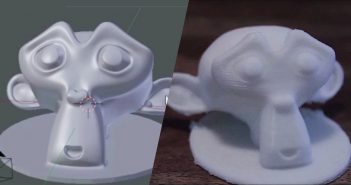 Next Article How to 3D Print Suzanne