Metin Seven takes a deep dive into 3D Coat and Zbrush retopology tools, comparing their results in detail. He works on his Blender Dyntopo model and shows how it's improved at the end.

I love the technique of freeform digital sculpting, as an alternative to polygon subdivision modeling. The workflow of digital sculpting feels very much like traditional sculpting, adding daubs of digital clay and dynamically shaping them into a sculpture, while polygon subdivision modeling requires careful construction and adjustment of a quadrangular polygon cage in order to successfully subdivide it to a smooth result. This quad-polygon structuring and restructuring can be time-consuming and sometimes frustrating, and often takes away the spontaneous part of 3D model creation.

A downside of freeform digital sculpting is that it usually results in a messy polygon structure, making the 3D model unsuitable for deformation, such as for posing or animating a character. But even if no posing or animation is required, the semi-random polygon structure often causes visible surface irregularities, especially if you sculpt with triangular polygons, like when using Blender 3D's Dyntopo sculpting. Dyntopo is short for dynamic topology, and I love to use it for conceptual sculpting, as polygons are generated in realtime while you sculpt, enabling you to freely focus on shaping your model without having to worry about its polygon structure. 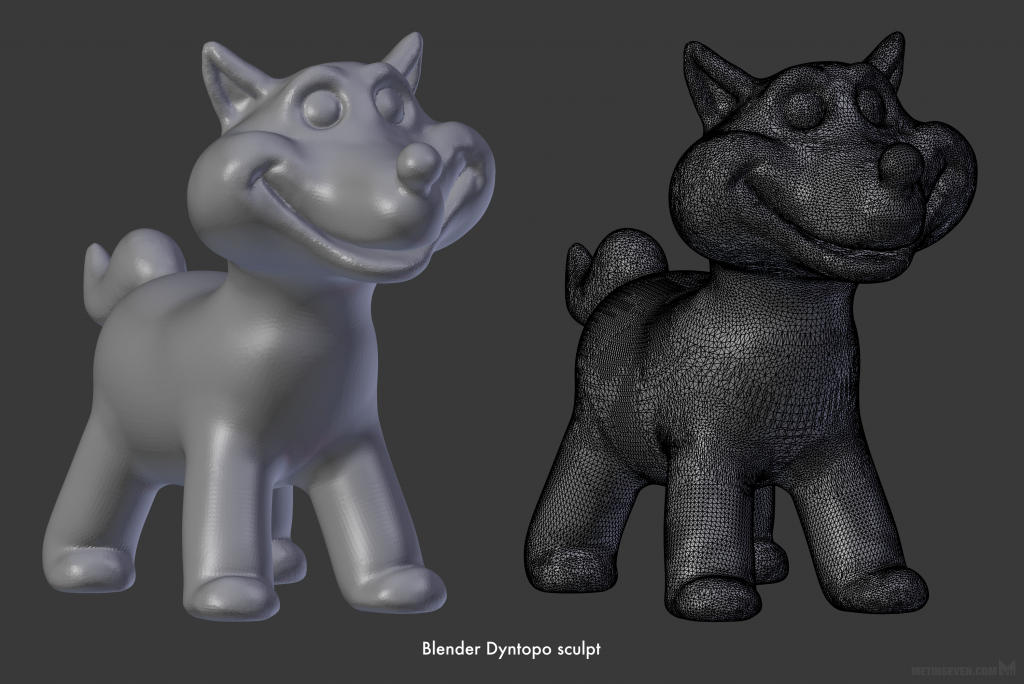 A smooth 3D surface impression can be achieved by either a smoothly flowing quadrangular polygon structure or a high polygon count (or both). A smooth polygon flow is usually realized by constructing rows and columns (rings and loops) of quadrangular polygons that fluidly follow the flow of the 3D shapes (convex and concave areas, creases and other surface features).

For the best of both worlds, many 3D modelers manually retopologize their models when the freeform sculpting is finished, restructuring the surface to a smooth quad-polygon result. But manual retopology still requires careful planning and patience as you place the quads across your sculpted surface. It can be a tedious, time-consuming and sometimes puzzling process.

At the time I write this, the most popular 3D sculpting tools are Blender 3D, Pilgway's 3D-Coat, and Pixologic's ZBrush. To ease the process of retopology, 3D-Coat and ZBrush offer a way to automatically generate a nicely flowing all-quad surface for your sculpture. 3D-Coat's auto-retopology tool is called Autopo, and ZBrush features ZRemesher.

There is another automatic retopology tool. It's called Instant Meshes, and deserves an honourable mention. Instant Meshes is fast and free, but did not make it into this test, because it generates too many triangular dead-ends amidst the resulting quad-polygons, resulting in visible artifacts after subdivision. The Instant Meshes quad-retopology algorithm or a variation is used by The Foundry's Modo.

Blender 3D does not yet include an automatic quad-retopology function, only a generic, voxel-based quad-poly projection method in the shape of the Remesh modifier, which doesn't orient the polygon flow to the surface features.

After speed-sculpting the above-pictured happy dog I decided to do a little test to get an impression which auto-retopology tool yields the most satisfactory out-of-the-box result, 3D-Coat's Autopo or ZBrush's ZRemesher.

I used 3D-Coat version 4.8, and ZBrush 4R8. Symmetry was activated in both tools, and no changes were made to the default settings, with two exceptions:

2 — Autopo's Required Polygon Count was doubled from 5000 to 10000, because that made the resulting polygon amount comparable to a ZRemesher Target Polygon Count value of 5, which should equal 5000 polygons, but the resulting amount of polygons still deviated somewhat from that number.

ZRemesher offers two different auto-retopology algorithms. You can apply the alternative method by holding the Alt key while activating ZRemesher.

The Autopo algorithm and ZRemesher's algorithms take a similar amount of calculation time, depending on your computing capacity and the model's complexity. Usually the calculation takes less than 30 seconds for a model of average complexity, up to a few minutes for a more complex model. 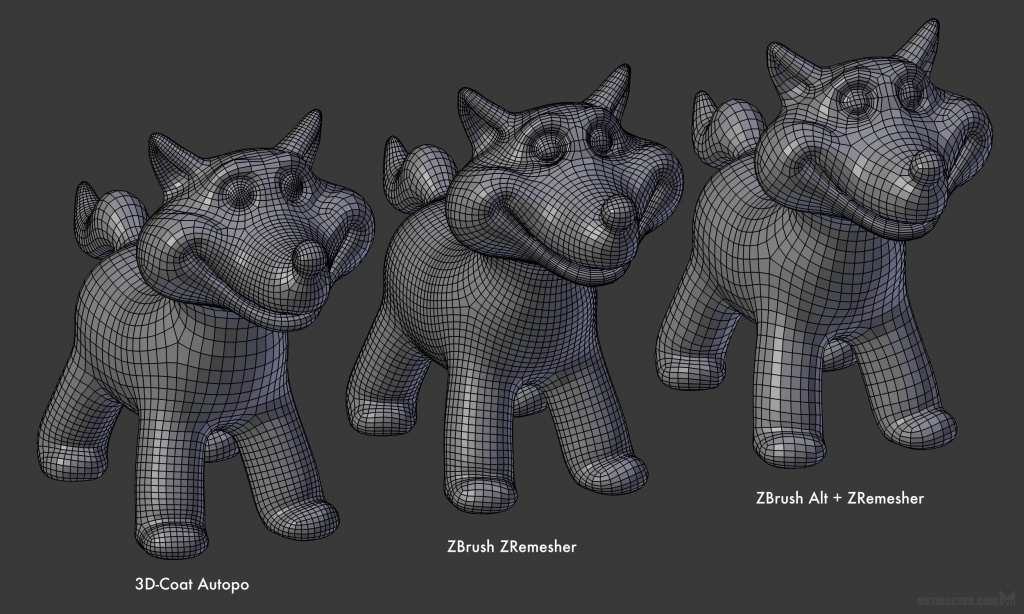 As you can see, the results with the applied near-default settings are quite similar at first sight. All three algorithms result in a neatly distributed, fully quadrangular topology and a smooth edge loop flow along the 3D model's curvature.

Looking at the dog's face, my personal preference goes to 3D-Coat's Autopo result. Particularly the eyes are surrounded by nicely distributed, smooth edge loops, while both ZRemesher results are a bit cluttered around the eyes, resulting in some tension and edge loop spiralling there. 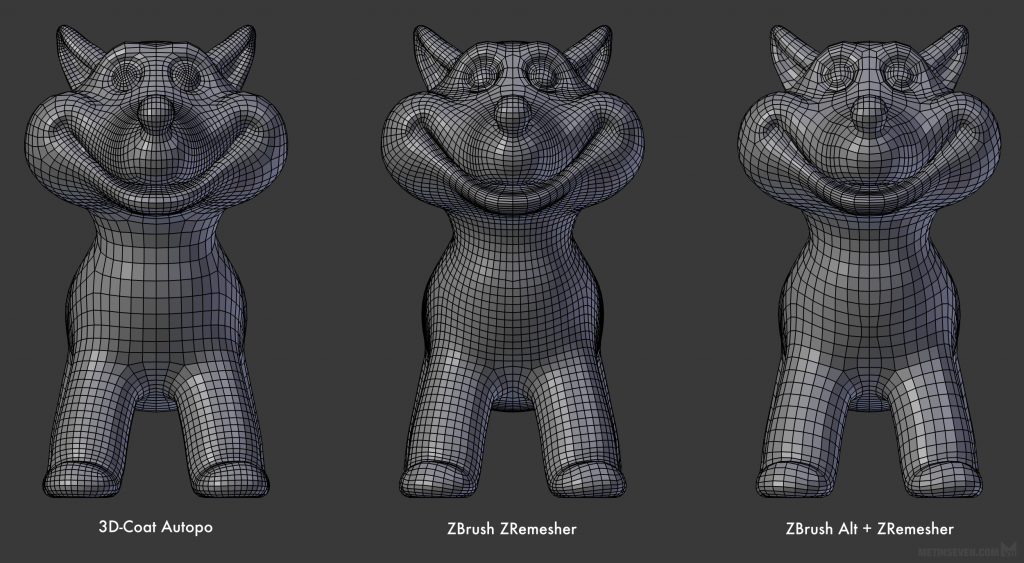 Switching to the front view, you can see that both ZRemesher algorithms kept the eyebrow area more defined than Autopo. On the other hand, the edge loop flow in the mouth's corner cavity areas is slightly better in the Autopo result.

Looking at the side view, many similarities are visible between the Autopo algorithm and ZRemesher's alternative algorithm, but Autopo is the only method with an uninterrupted edge flow along the tail.

It looks like the standard ZRemesher algorithm has resulted in a considerably higher polygon count than the other two methods, but the polygon amounts don't differ that much. It's mainly a matter of varying polygon distribution across surface features. For example, the dog's nose in the Autopo result has more polygon density than the ZRemesher versions. 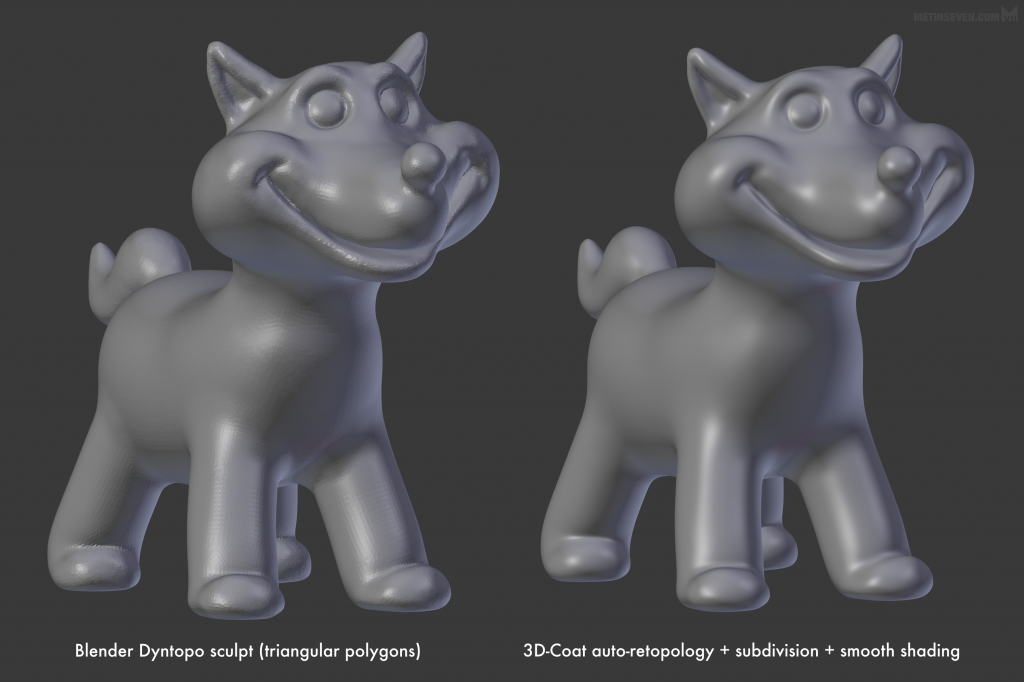 To emphasize the difference between the initial and the final model, here's an impression of the rough Blender Dyntopo speed-sculpture next to the 3D-Coat auto-retopologized, subdivided and smooth-shaded model. I chose the Autopo result, because I personally liked that just a bit more than ZRemesher's results, using this test's near-default settings.

Some final notes and advice to conclude this simple auto-retopology test: 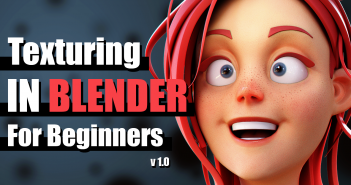 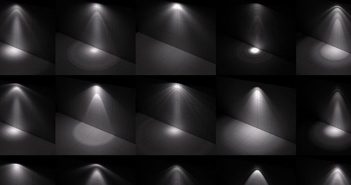