Render times can be a pain!

Reducing render time is perhaps one of the more frustrating tasks you have to tackle as an artist. Looking around on youtube I see a lot of effort going into various methods to get particular effects or looks that are sometimes described as 'cheating' or 'faking' a method that has a hefty render time attached to it.

The recent introduction of the denoiser feature in 2.79 should have us all breathing a sigh of relief as render times drop significantly.

Our approach has been to use multiple machines to distribute the load and accelerate rendering regardless of the techniques used in the scene. This has the fortunate advantage of reducing render times no matter what you've done. I class my skills in blender as somewhere between beginner to intermediate when it comes to producing content, so being able to quickly iterate and test my scene by doing renders has been very helpful. I've been able to develop my artwork a lot faster seeing the final render.

In early 2013, we started work an on add-on to make it easier for beginners to access network rendering since the current solutions were a bit tricky to setup. Earlier this year we made the first alpha release of our add-on for blender (called crowd render) available for community testing. I am grateful to all of the blender users who, ahem, persevered with that first release! After a few months of going through all the feedback we got, we're now close to releasing version 0.1.2 of the add-on to our little band of subscribers for another round of community testing.

What is new in oh point one point two!

The new 0.1.2 version makes it super easy to connect computers together and distribute rendering. For a local network, you need blender and our add-on, thats it. No online accounts, no tricky dependencies or network mangers to install and configure, just install one add-on to your computers and you are ready to render and you don't have to change your workflow at all, just use blender as you normally would, using a single machine.

Connect more than two machines together!

So, what has changed since the release in February this year I hear you ask? Plenty! Our add-on now supports multiple machines, the old version let you connect just two computers, now its unlimited (within the realms of sanity of course, but if you have a million computers, feel free to try connecting them, let me know what happens :P). This was a huge challenge, but well worth it, we've been working at the University of Sydney with a lab full of GPU enabled machines, we recently tested a group of six machines connected together that yielded a 5.2x speedup (the 0.8 that went missing is overhead, working on that to get it down!). Now, 5.2 times faster is a big deal for the university, it means they cut their production time down from a week to a day (working week being 5 days).

If you are curious to see what this looks like, here's a quick sneak peek ->

The second big change is the way the add-on supports Mac, Windows and Linux, its now a single install for all operating systems. This makes it easier for our users who have more than one OS to manage, they only have to download the addon once and don't need to remember which install file to use.

Perhaps the biggest changes are the feedback for the user and a revised interface. A valid criticism of the first release was that the feedback for the user was pretty absent, that has now changed, you can see status and progress as you connect, upload blend files and render. No more being in the dark about what is going on. If you'd like to see this in action, we've done a complete demo of 0.1.2 which you can see here:

Be part of the testing crew!

We've already started testing 0.1.2 with some of our community members, the feedback so far has been positive. Ok I am not going to lie, there are still some issues we're working on(its still an alpha after all)! But the new user interface and feedback has been very well received, as has the multi OS install and ability to connect to multiple machines (of course!). Its also far more stable than 0.1.1a was.

So, we're now keen to have more people involved in the testing, if you're reading this and thinking, "gee I'd like to try this and see if I can reduce my render times (and give some feedback ;P)", then you can subscribe to our website here and get in touch to put your hand up for testing -> www.crowdrender.com.au.

You have our Gratitude!

We're super grateful to you all for testing and giving us feedback! It makes our project what it is today :)

Take Care out there :D

James and Jez from Crowdrender 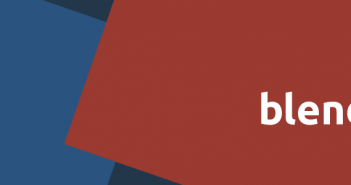 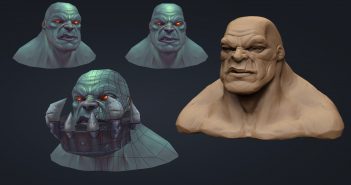