Joshimon talk to us about an interesting side of this domain, creating work for games like Dota 2 through the Steam Workshop (Links Below). He also gives us a lot of tips and a breakdown of his work.

Get some popcorn and enjoy the read!

Give us an introduction, who are you, what do you do, where do you do it?

My names Josh and I’m from England. Currently am freelancing both for 3D model and Graphic Design though am always looking for new opportunities and projects to sink my teeth into. 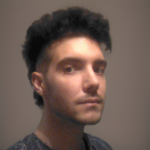 How long have you been creating art?

Aside from doodling from a young age I was really into level design back in 2006 where I created a mod for Half-Life 2 called “Assault” which got some attention from publications such as PC gamer. Continued with custom level design for Team Fortress 2, Left 4 Dead and Portal 2 until moving onto 3D models in 2012 where I started creating items for Team Fortress 2 then later Dota2.

How did you learn as an artist?

Mainly self taught using online tutorials, trial and error and a lot of sleepless nights! The passion for creation and positive feedback gave me the motivation to push through the many obstacles there were to face. 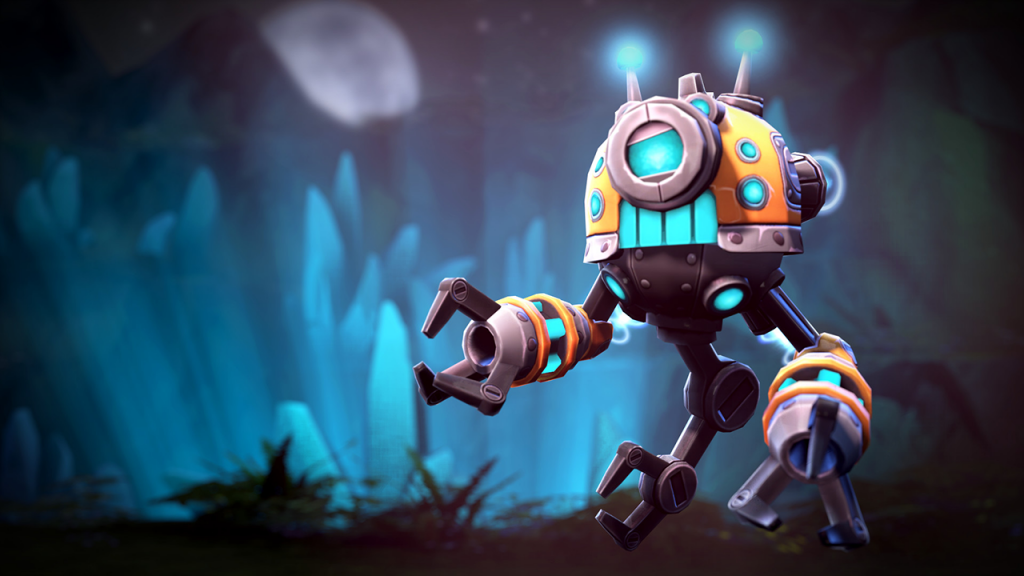 You have a great hand-painting vibrant style, where does your inspiration come from?

Games, films, TV, really anything that has a stylised looked. As a lot of my projects are for Dota2 I am inspired by that art style and aim to try and stick within it’s theme. 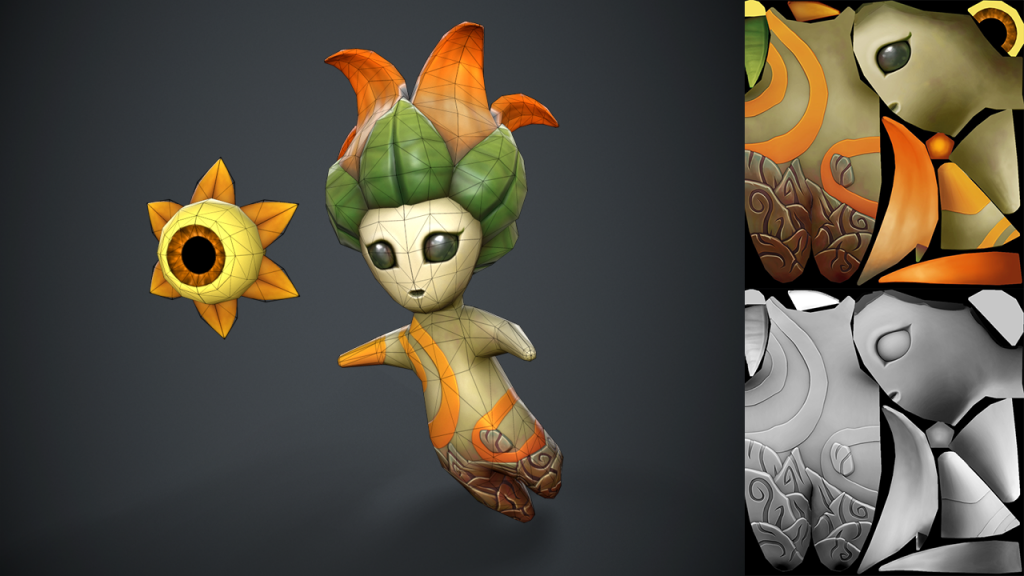 I am in love with your works Shipwrecked Ward and Curse Of The Scareking, how long did they take you to finish?

The Scareking took longer than usual as the project was put on hold for a while. The Shipwreck Ward actually came together rather quickly, probably about 2 weeks on/off from initial concept to final creation.

I noticed you do art for Dota2, is that professional work or just mods on Steam? How does that work?

You can submit items to the Dota2 Workshop where the community can vote. If Valve take a liking to your submission they may add it to the game and if so you’ll get a % of the revenue from the sales.

It’s certainly somewhat “risky” work as there is a lot of competition now and no guarantee your submissions will ever get accepted, regardless how popular they may be. However I find it’s a great way to learn and improve while making things for a game I thoroughly enjoy with the chance of possibly earning from it too! 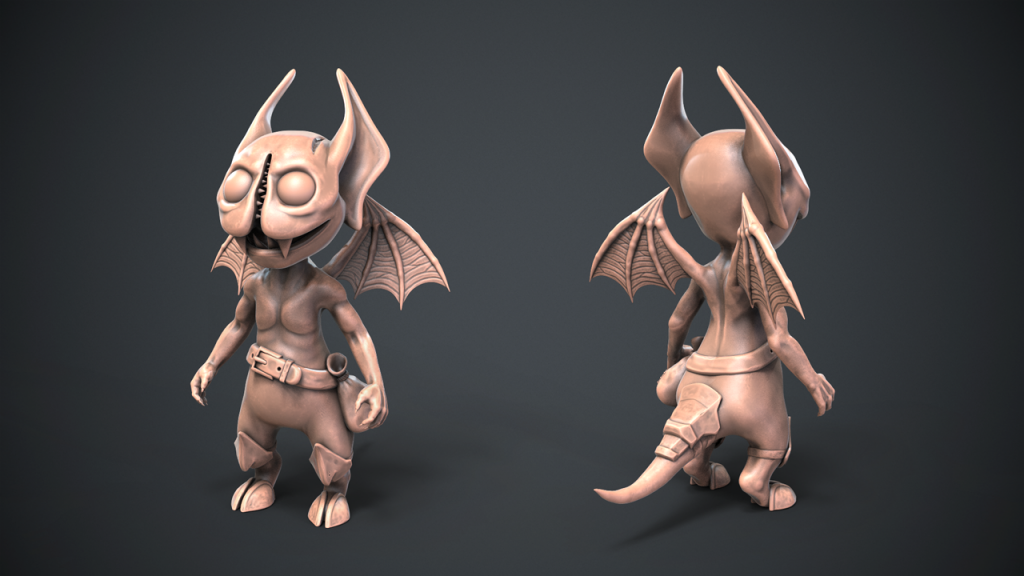 Could you give us an in-depth step by step on how you created Shipwrecked Ward?

I started with a painfully rough sketch while looking for references and inspiration. With the idea down I blocked out a basic shape in Blender to get a better vision of how the concept would translate into 3D. 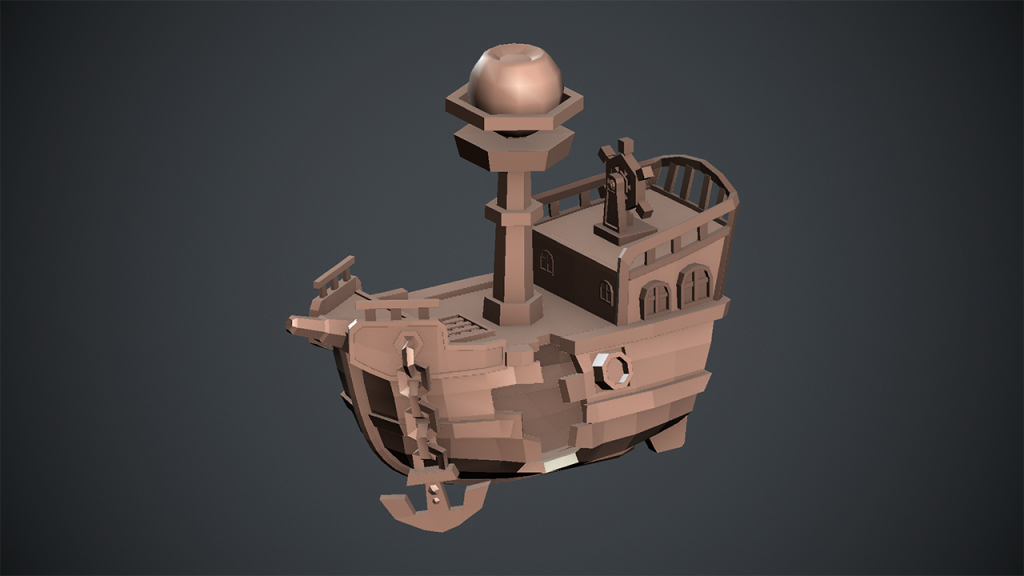 Once happy with the concept I retopologized the model to create a high poly base mesh for the detail sculpt. To make things easier for the sculpting phase I broke up the mesh, such as the planks, into separate sections.

Then I created the low poly mesh which would be used as the game model. I often do this before adding details to see if the idea will work within the budget (in this project I had to remove parts like the ships wheel as it would’ve used too many triangles) as well as test baking to make sure the texture resolution will be clear enough when viewed in game. 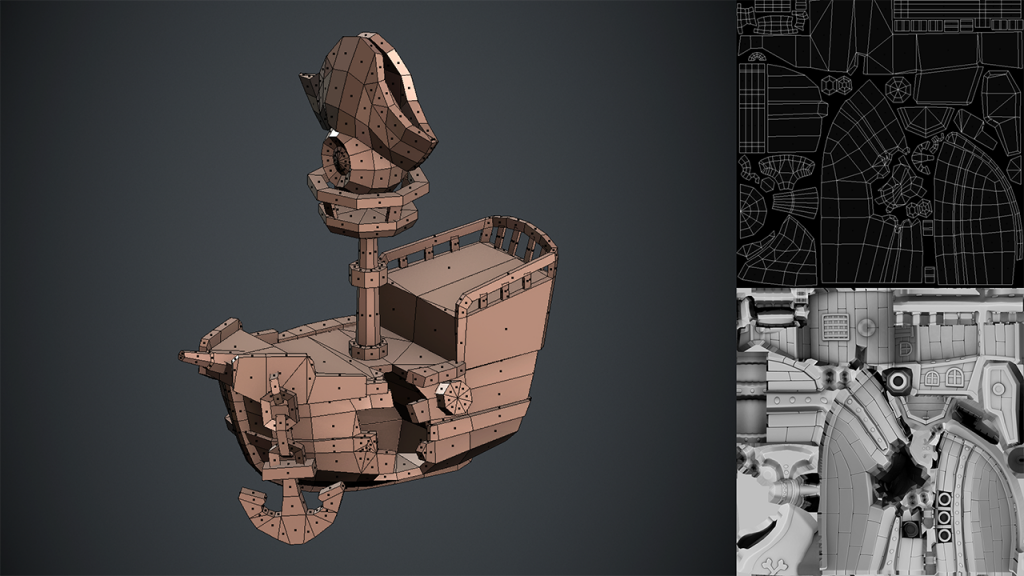 After some tweaking I sent the game mesh to the animator so he could work on animations while I returned to the high poly base mesh to sculpt the finer details. With the high poly finished I baked the textures and started experimenting with colours, sticking within 2/3 tones. With the colours down it was a process of adding some variation, finer details and overall just cleaning it up.

Finally I created the textures masks to get the correct lighting in game then used the Source Film Maker to create the promotional imagery as well as taking a high poly render in Blender. 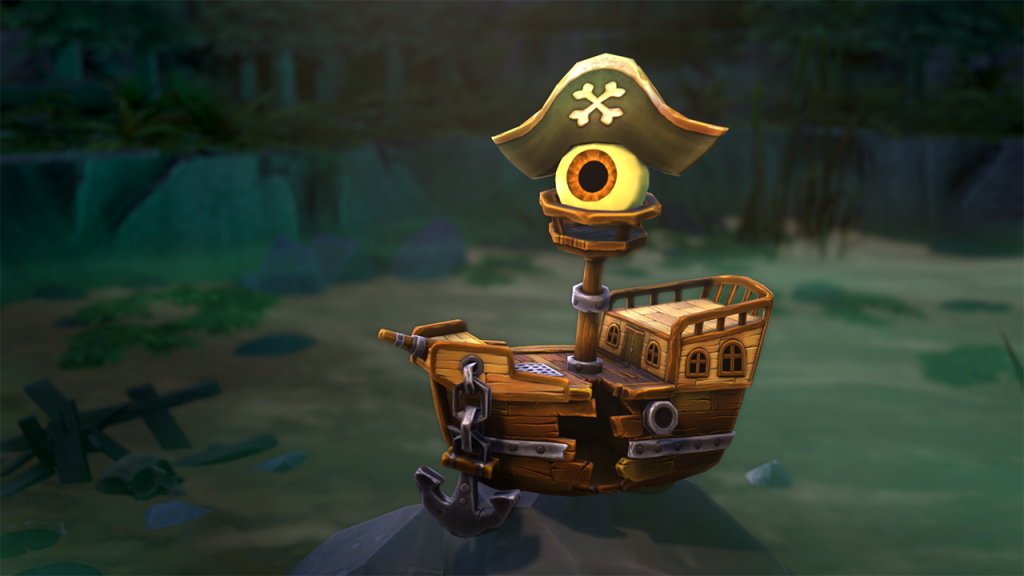 What is the biggest difficulty you’ve had with creating game art?

When working on items for games that have low poly assets you have to create your concept around the limitations of the triangle count and texture resolution as well as taking into consideration how a base character moves to avoid any noticeable clipping or errors.

For these reasons I find it’s really import (like mentioned previously) to test as you go. Nothing worse than getting carried away with all the final details only to realise the texture resolution is so low that the details end up as a fuzzy noise or that the shape of the model doesn’t blend well with the characters animations.

It’s certainly a process of testing and refining your concept as you go. Sometimes an idea comes together smoothly, other times it will have to be completely reworked, therefore the more time you spend planning and experimenting the less time will be wasted in the long run.

Aside from the limitations the concept in general is one of the most important stages so if your not completely sold on an idea you need to keep working at the concept before getting too far ahead of yourself then ending up disliking what you’ve created.

Why do you use Blender as opposed to different 3D software?

It’s cost, or rather lack of, was certainly an initial appeal! I started with Blender because that is what peopled used to create items for Team Fortress 2 so it seemed like a good place to start. As I moved onto Dota2 I continued my journey with Blender, for better or worse!

I find Blender great because it’s a versatile package where you can do just about everything you need to in regards to model creation. There’s no denying that software like ZBrush could be arguably better suited to sculpting and is more recognised in the industry.

Within reason it doesn’t really matter what tools/software you use but rather the knowledge of what you’re doing. As example it doesn’t matter if you are drawing with a worn down pencil or the most expensive drawing tablet, if you can’t draw the tools won’t make much difference! Therefore feel it’s more important to learn the fundamentals and work process instead of tying yourself down to the software. 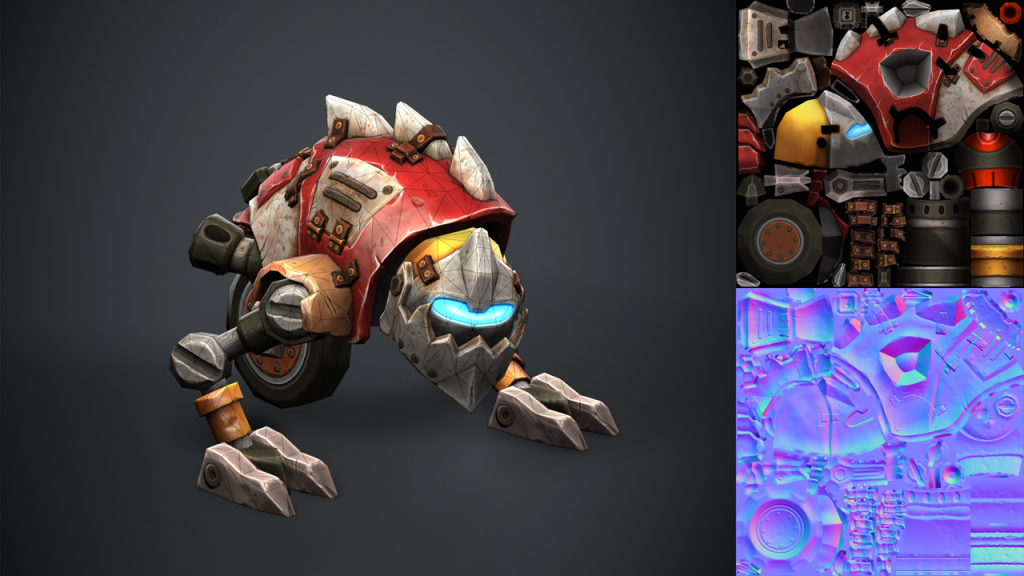 What do you do to take a break from art? How do you refill your artistic energy?

Play games, watch cartoons or just get away from the computer! It can be sometimes easy to burn yourself out, especially when working on a project with a tight deadline so it’s good to give yourself some time to recharge. 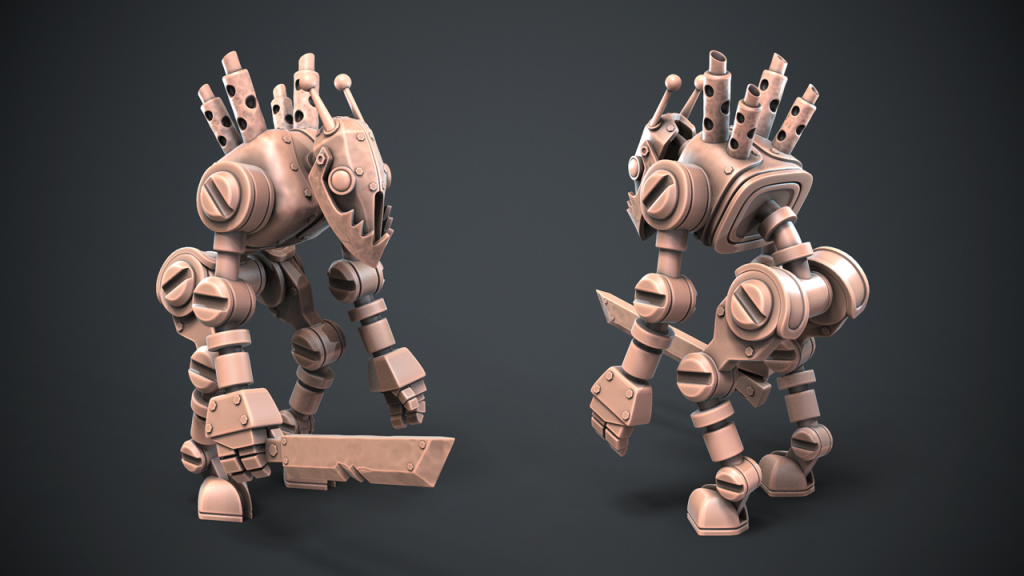 What do you do to keep your artistic skills sharp?

While this is something I’ve only recently started doing it’s trying to do things “little and often”. Even if I’m not feeling creative or motivated I try to do a little bit of work. Sometimes I just can’t get going, other times 5 minutes will turn into 5 hours. As long as I’m learning and being productive then feel like I’m progressing. 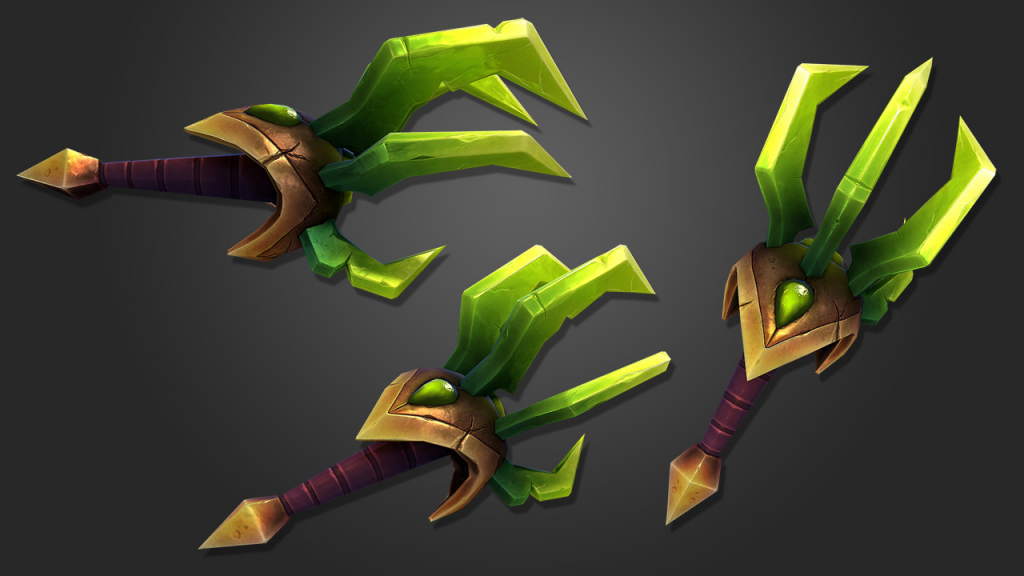 What can we expect from you in the future, any big plans?

I’ve just finished a set for Dota2 (https://www.artstation.com/artwork/bnNYG) and have a few more in the works. Am also making some environment assets to give myself a bit of a challenge. 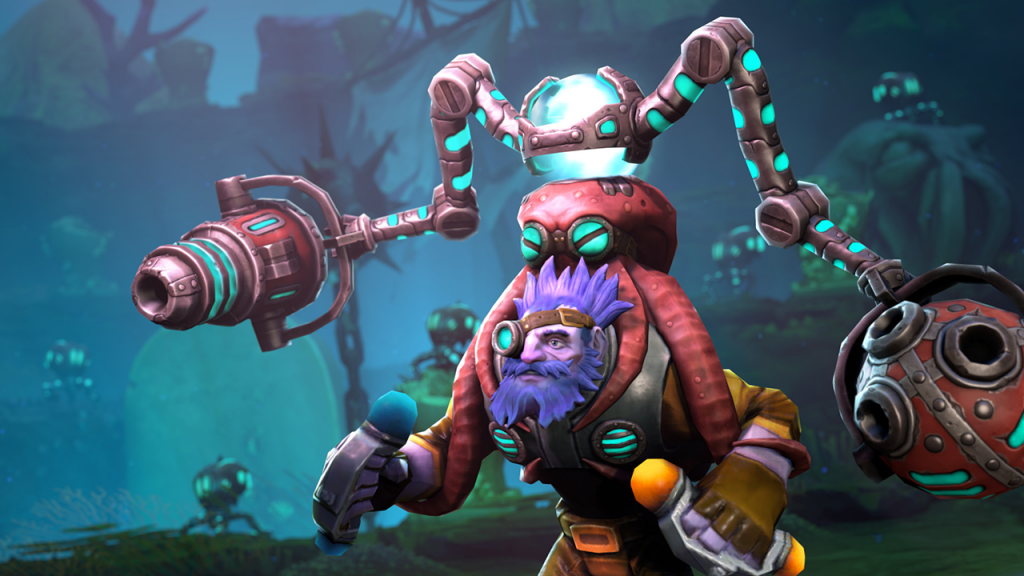 Any tips to artists out there?

As mentioned previously the best tip I could probably give is to try and always do something, even if it’s just an hour or so a day. Let you passion push you further and be prepared for obstacles you’ll face.

Josh took the effort to make a very thorough interview, and it was a fun ready. Hopefully you enjoyed it, have a great day! 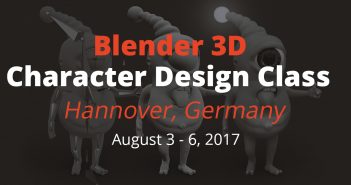 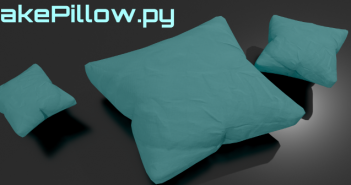