James Crowther shares CrowdRender, the new crowd-sourced render farm that he presented at the Blender Conference last year. It presents an alternative to crowd rendering platforms like Sheep It with some additional options like creating pools with your own hardware.Since 2013 we'd been working on a problem that had kept us, or rather out computers up at night, how to get content rendered. In particular we we're spending a lot of render time doing small tests. The purpose of those tests was to make sure there were no bugs in our work prior to committing our work to completely render, start to finish. We'd been here many times, very long render times and the uncomfortable feeling of whether the work would be finished in a reasonable timeframe.

I'm not going to lie, we're not the worlds greatest artists, but we are very good at solving problems. So we set about building an addon that could use whatever computers we had available. This made sense to us since we did have a few machines lying idle that we couldn't use in rendering the single frames we wanted to do in our tests. But, we couldn't find any software that could use multiple machines to accelerate rendering a single frame, not for blender at least. Another problem we found with the existing network rendering solutions was the fact that the whole file has to be updated each time a change to the scene is made. This wasn't a problem for small files, but for larger files it becomes very bandwidth intensive, especially if a large number of machines is involved.

Many development hours later we built a system that can stream edits to a scene in real time from one computer to another and then stream back the rendered image parts into blender's "Render Result". This makes for fast turn around times when you are testing scenes prior to committing to a full render for production as well as being able to render the complete animation as well. It works with as little as just two machines and we're working on supporting, dare I say it, unlimited!

We presented a demonstration of our early prototype at the 2016 Blender Conference - you can see our presentation here:

Since we presented, we've modified our prototype to make it ready for testing and built a website to support our addon. We've been lucky to have lots of artists become subscribers with many of them requesting to be a part of the alpha testing.

Our alpha testing is perhaps the most important part of our project to date, we've got a lot of ideas of how the beta version should work, but we want artists to lead us, tell us what they need so we can prioritise our work. When our subscribers test the addon, they'll be able to give us very valuable feedback on what matters to them in helping them create and finish their work.

So the future, partly it depends on the response from the artist community as to what they need when it comes to rendering, either for testing new ideas, debugging or final rendering. We also have our own ideas we'd like to try. For example, we're working with the team behind the short film Lukes Escape to help them group their machines together for a final render. The problem they face is, they have no office and the team is spread out across the world. So our solution has to work over the internet. To fix that problem we're working on a solution that will help teams share their physical computers as well as their talents to accelerate rendering.

We're very excited (as you can imagine) as we're releasing our alpha in (hopefully) a few days from the time of posting this article. If you would like to test our alpha release, head to www.crowdrender.com.au where you can register. We'll contact you via e-mail when we release the software.

What makes our platform different from sheepit?

Technically, there are quite a few differences, here are some of the main ones:

Who is behind this project?

At the moment that is my self and Jeremy Folland, you can see us presenting at Blender Conference here. Jeremy is sitting at the computer and I’m standing up. We’ve incorporated a company and we’re using this as the way to bring crowdrender to artists.

What are the current limitations?

All of the above are short term gaps that we have plans to fill. The development timeline is alpha release and testing until April 2017, Beta release by June 2017, MVP by (hopefully) Blender Con 2017 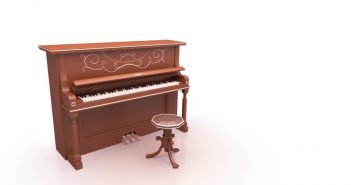 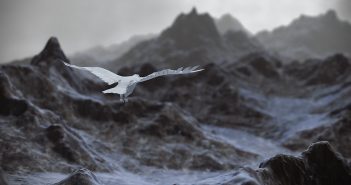 Next Article Illustration for a short story "Le Faucon"