Krupa was hired by Red Bull to prepare a set of videos for their Christmas party!

I have recently delivered a package of graphics for the formula one team Red Bull Racing to use at their '007 / Secret Agent' themed Christmas party. Collaborating with producer Niall Thompson of Dandelion and Burdock in Los Angeles, I worked from my studio in the UK over the latter half of November to produce several loops using Blender for the animation and rendering with a bit of post and editing done in After Effects. We used a model sourced from Hum3d which I worked on to add a driver, animation and change the shaders and some other texturing details with all other artwork being generated in Blender or photoshop.

I used GPU rendering in the main for the first time having taken the plunge with a Founders Edition Nvidia 1070 card just for this project and am finally sold on the concept as it wouldn't have been easy to produce these results in such a short time any other way, I can see another one being purchased soon and maybe a 1080 for the Mac Pro if it can be persuaded to run it...

An edit of the content can be seen here: 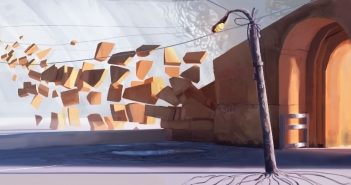 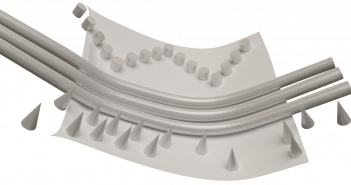