Michael Prostka explains how he uses 'Photosculpt' (first time I've heard of it, but it looks interesting) in his latest project.

I recently discovered Photosculpt and this is the first piece of Blender art we (me and my collaborator, Heidi Lutz) used it in. The background rocks and foreground gravel are all from our back yard. The grass is Bermuda2 from Grassfree. All the rest is hand-built. Much love to Eric Edelo for Stencil Kit Pro!

Photosculpt seems to be fairly obscure despite how useful I have found it. It's "photogrammetry lite" - rather than an all-angles 3D model, it uses two photos approximately 20 degrees apart to generate a bas-relief style of model. Granted, this doesn't work for everything, but what it does work on, it works VERY well!

For the gravel tumbling out of the broken pot, I originally planned to use a particle system. However, the results weren't coming to me, and so I thought to just go out in the yard with an empty yogurt container, pile some dirt on it, and then apply an alpha map inside of Photosculpt to isolate the dirt. This worked out better than I had ever hoped!

Two other features of Photosculpt make me happy - one, it batch exports all the maps it creates; two, it is very light and fast, no superbeast GPU needed.

Its over at www.photosculpt.net (disclaimer: I don't work for them, I just love the program!)

This and other prints are available at our Online Gallery. 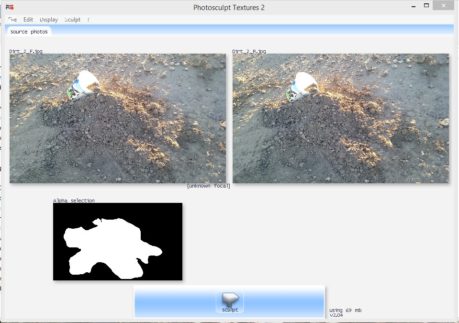 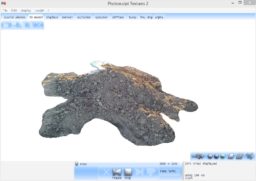 Photosculpt result (approx. 45 seconds to compute on core i5)

Co-founder of Tombstone Tumbleweed Art, LLC and author of the Blender addon Import-ply-as-verts. 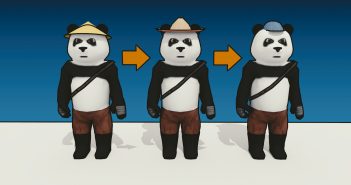 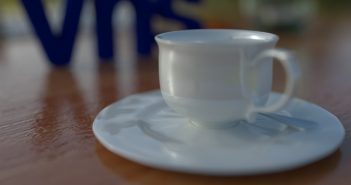