I recently had the pleasure of collaborating with a high-school film-making student on a short animated project using Blender. One of the real challenges with teaching students how to make films is the sheer complexity of the collaboration required. Lighting, set design, acting, makeup, film or video recording, audio recording, editing, special effects, and on and on. A good rule of thumb is that 1 minute of film will require 20 person-hours of labor to produce, and it almost all happens at once, so how can they be expected to focus on any one thing and learn it amid all that chaos?

That's why we took a different approach in our project by choosing to work together on a 3D animated film. Learning the general principles of 3D plus the interface to a particular software system is way beyond the scope of a 4-month high school semester, so I handled the software bit in Blender. But what blew me away about this project was how we were able to take the massively parallelized traditional film-making process and break it down into its component parts and tackle them one at a time.

We began by designing a character and a simple story. (We quite literally started by picking up the coffee cup on my desk and declaring that this would be our character.) Then we built the set and did some rough lighting - just enough to see what was going on while we animated the motion. Finally, when all that was done, I was able to fly around the story scene with my director, allowing her to choose shots, just as though she was a hand-held camera operator at a live event, but with the added benefit of being able to back up, try a different angle, and then roll the action forward again. (Kind of like being a time traveller and a film-maker rolled into one. :-)

The net result was that my director was able to be crucially involved in every step of her film, learning each role deeply, rather than just being the chief wrangler among a confusion of students all wandering around with only a partial clue about what they're supposed to be doing. Sure, making films in the real world requires working with others and dealing with the chaos, but it's nice to see that there's a way to dive deeper too - and let student's focus, iterate, and explore, without having to choreograph an entire circus in the process. 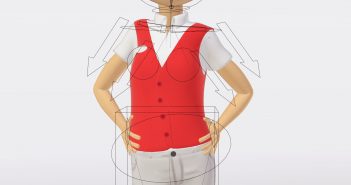 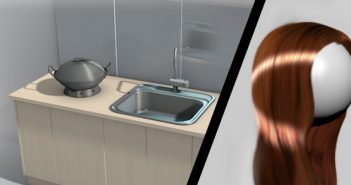