With great joy that I share with you a series of stories published in Inside Edition , a CBS TV show.

These were the first animals of their species that received 3D printed prosthetics, and all of them were modeled in Blender!

Gigi the macaw was the first bird to receive a titanium 3D printed prosthesis in the world. This story was showcased worldwide. In my fanpage I gathered screens captures from news broadcast in 26 languages.

Furthermore, a French news agency traveled to central-western Brazil to closely cover our work with an aracari (a type of toucan, in laymen's terms) and the result will be presented May 21st, in a special story on ARTE, a French-German channel. You can see the preview here.

As we can see, Blender is conquering its place in science and at the same time it is effectively saving lives.

A big hug to everyone! 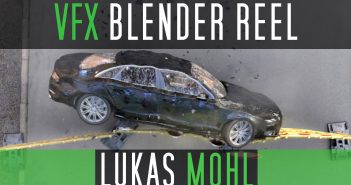