The Blender Foundation has just announced their participation in the production of a feature length commercial movie. They teamed up with Dutch comics writer and cartoonist Martin Lodewijk and Fu Works, one of the leading film production companies in the Netherlands who are known for productions like Iron Sky, Black Book and Winter in Wartime ('Oorlogswinter').

It all begins when a mysterious 17th century document pops up. Do the Dutch really want New York back? Agent 327 gets sent on a dangerous mission that leads him to many places around the world.

I talked to Ton today to learn more about this project

Most people who grew up here in the 70ies have very fond memories of the Agent 327 comics. It was adventurous, and boosting the Dutch (lack of) self-confidence in quite a funny way. The Dutch secret agency is of course a joke! And the character of Agent 327 is just a regular person from that insignificant country of the Netherlands, but... he still manages to make a difference. In later years, the publisher presented Agent 327 as the "Conscience of the Netherlands".

How large will this project be?

This will easily be a 2-3 year project. We're in the very early stage of development still. Story development and getting funding it will take most of 2015. Actual production work could start up in the course of 2016. We aim for a decent budget - I want to get this film realized on a quality level that satisfies an international audience. That means a lot of people would be hired for it. I cannot make any prediction now, but likely 30 people or more.

If your studio and team are tied up for this long, will you still be able to do new open projects?

Certainly! The Blender Institute and the Cloud project will happily continue. It's a real luxury to have such a well established platform for developing and sharing content - this can well live together (and benefit from!) a large scale commercial project.

Can you tell us a bit about your new initiative, the Blender Animation Studios?

For as now, this is just a small department of the Blender Institute. It's a part time project here. After today, everyone here goes back to work on completing the Cosmos Laundromat pilot.

Will you be using the Blender Cloud to finance this project?

The cloud is currently far to small to do this - and I think it's better to use Cloud income for training and independent open films for now. If at some moment in the future an opportunity arises to release parts of the Agent 327 film as Creative Commons, we certainly would involve Blender Cloud.

Gooseberry was meant to be feature-length too but didn't get financed by the crowdfunding campaign. What is your drive for creating a feature-length movie with Blender?

Every film maker will understand this drive I think :)
Aside of that, I just aim at creating options that help shaping the future of Blender. Not just for now, but especially for the coming years. Gooseberry is ongoing and might become huge still, but I wouldn't be a responsible Institute director if I didn't develop alternatives or projects to work on after that.

I'm super excited about this project - not only is Agent 327 a comic I used to read a lot during my youth, but the fact having Fu Works on the project makes this a real 'big time' Blender production.

Dutch users can watch a documentary about Martin Lodewijk and his work on 'Het uur van de Wolf' on 23:00. 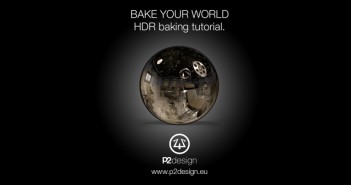 Previous ArticleBaking an HDR map from a 3D scene 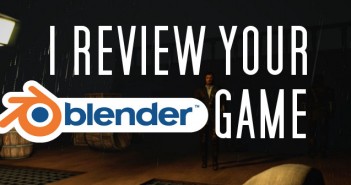