Gary Myers talks about some sequences he made for a documentary on a master watchmaker.

A little while ago I was asked to help out with a documentary film being made by Dam Productions here on the Isle of Man called ‘The Watchmaker’s Apprentice’. It features the last interview with master watchmaker George Daniels before his death in 2011.

Dam needed a couple of transition sequences to segway between shots while the voice-over carried through - expertly voiced by the superbly talented and uber-famous John Rhys Davies. 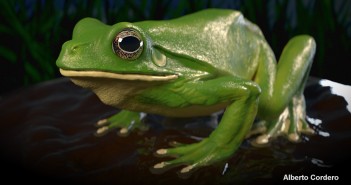 Next Article Blender.org: "Almost half a million downloads per month"