Groumpf is a demo project for SaAM (Shots and Assets Manager), and quite funny little video.

We propose an explanation in this little, unpretentious animated short film, which was created with the aim of demonstrating the online pipeline management software "SaAM" (Shots and Assets Manager"). This short served us to create tutorials, but also to experience the overall functioning of SaAM in production conditions.

As the project progressed, we have realized that we could in the meantime create something beautiful and original, trying to give sense. We went further than what was originally planned, to show what we can do.

"We" are: Paul MAILLARDET (aka. Polosson) sound engineer, web developer unconditional of open-source, 3D animator, and Charles POTTIER (aka. Vincseize) designer from comics and developer, specialized in 3D production pipeline.

We met online, and made the bet to create things remotely, creating the studio"Le Rêve de la Salamandre". So we created a big tool to work remotely in a simple and fluid manner, which soon became indispensable and effective.

On this short film (produced in 3 months) we were only 2, but the studio is expanding gradually and we are now a team of 6 people (core), in France and Belgium. With the rest of the team, we are currently working on another, more ambitious short film project, "Moonlight-snowman".

On this short, we have used open source softwares like "MyPaint" for storyboard, "Blender 2.70" for 3D, editing and compositing ; sound mixing was done with "Ardour 3.5", and part of the render was done through the collaborative render farm "Sheepit renderfarm"​​.

The result of the experience "Groumpf", this scale test of SaAM, is rather conclusive! We were able to define a fluid and functional workflow, while being friendly and "no headlock." We enjoyed working on this short, and it's not excluded that we'll make a sequel... 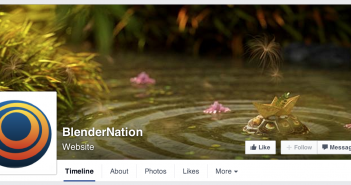 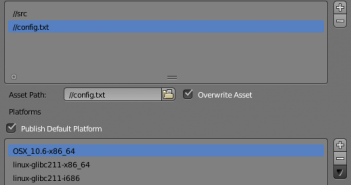