Loica worked together with the Turner creative team for one month to produce this piece that mixes 3D modeling, still photography, and post-production techniques.

The process started with pictures and then scans. In Blender we would used the scans, but in many cases we had to sculpt quite a bit and do a range of tricks with hair, shading, lighting, etc. to make the image look more real and alive. 3D scans alone do not do the trick for realism. We also made a rigged version of Sean Bean with a low poly mesh. From there we simply used the multires modifier on top of the rig and sculpted him so we could easily pose him and adapt him to different pictures in the event the scans weren't enough, or we wanted to make some enhancements to the photographs.

Then there was the process of texturing that Blender handled pretty well with stencils and cloning in addition to lighting and shading. We used lots of passes to make reflection in the eyes, clothes, etc., as well as some fake shadow passes to enchance the feeling of motion in the light, even though the characters were stationary. Without them the characters looked way too "dead." We also used Blender Hair System to simulate some small beard hairs, and even smaller hairs in the nose, eyelashes, etc.

Finally, there was the "Memory loss" effect; we tried post DOF but it wasn't enough for a 3D effect. So, we used a plane that passes through the character with a heavily tweaked glass shader and it really took advantage of the 3D character, dispersing the rays in a very special, cinematographic way. Here Cycles really showed it's strength. It was way faster than any of the other renderers at our disposal, and we could do lots of tricks with the light path node, not to mention the great interactive preview.

Overall, a great experience with Blender. It worked well to model, sculpt, texture, preview the render, and do pretty much everything in the same package accelerating the workflow. 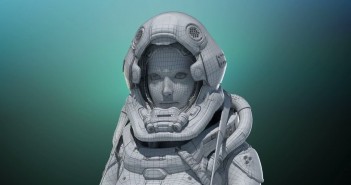 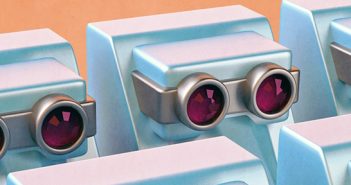