The Blender Foundation announced yesterday that Pixar will release their OpenSubdiv 2.0 library with a Blender compatible license at Siggraph!

What does this mean exactly, and what are the potential advantages for Blender? I asked Ton Roosendaal for some insights.

OpenSubdiv is Pixar's open source project to handle Subdivision Surface generation and drawing. In Blender this is currently handled by 1 thread only, and it needs to generate the subsurfed data first, before it can draw.

Integrating will require a lot of work inside Blender however, so it will take some time before there is an official release with OpenSubdiv support. Especially support for multires and sculpt will be complex. A planning for this work and set of actions still has to be defined.

Nevertheless, Brecht is already on it, and expects to have a first WIP demo of Cycles-OpenSubdiv at Siggraph next week!

Note about the license: OpenSubdivs Apache license is only GPL V3 compatible. Blender is "GPL V2 or later", so that should work fine. However, we do need to check every library we use too, some are still GPL V2 only (like Carve booleans). 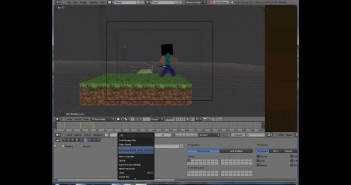 Next Article How to Make 3D Minecraft Animations with Blender