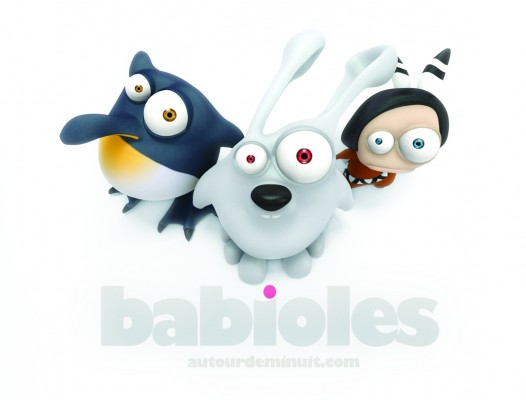 The insanely cute and loveable Babioles have made it to national French television! Matray

Finally, after more than 3 years of hard working, the tv show 'babioles' is on air on Canal+ France.

Every saturday at 12:30 and a few minutes later on canal+'s website, there will be a new 2 minutes episode. So you can watch the first of the 23 episodes here. [Ed. note: not available in all countries - the 'Les Exclus'  cutouts seem to be internationally available though]

All the 3D was entirely made with our beloved Blender ! Rendered at Nozon-paris with the internal renderer and composited with Nuke. We did all the animation and 3D track at Autour de Minuit. And for the last 10th episode we've also tracked some of the shots with Blender, thanks to the mango project !

Also on the website there is and will be some 'webisodes', only released on the internet and those are 100% Blender (track, render, compositing) like this one.

So, once again, we'd like to thanks the Blender foundation, Ton, Blenderartist, Blendernation and everyone who worked or helped us on this project ! Blender is definitively a professional tool and can be used as any other 3D package. We had a lot of fun working with it. The only difficult thing was to find professional artists working with it, or willing to learn...

But we did it and it was a great pleasure ! So happy blending and I hope you'll like our show !