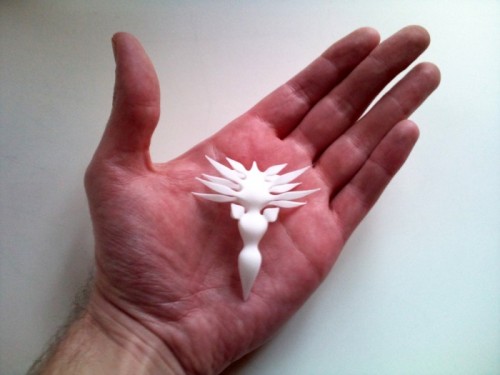 Artist Dolf Veenvliet (of Durian fame and countless other Blender projects) is using Blender to 'grow' a series of creatures using some sort of DNA in Blender. He's printing them with Shapeways so he can turn them into a real entomology-style collection.

Hello everyone. Bart asked me to tell you a little something about this project I've been working on. It started with a strange idea about two months ago. I'm really not entirely sure where exactly the idea came from. It comes down to this. I am creating "Entoforms" in Blender. Entoforms are little creatures that I am "growing". And not randomly... they all have their own "dna string". The name is based on "Entomology" which is the study of insects. I am printing the Entoforms in 3D (with the help of http://www.shapeways.com), and presenting them as Entomologists keep their subjects.

I spent most of January writing Blender 2.5 addons that allow me to grow shapes. The cool thing about blender 2.5's python API is that we can now use python to do things that you'd normally do manually. In the old version we always modified the "data" found in Blender files.. but we couldn't manipulate meshes as if we were modelling. So I ended up with a script that could extrude/translate/scale/rotate multiple times all in one go. Which is very powerfull, you need to know much less about the data structure in Blender to make cool stuff happen. Thanks Campbell for making the API awesome! Even though it needs a bit more work.

About a month ago I was invited to visit Naturalis in Leiden. Most people in the Netherlands know it as a natural museum... but it's actually mostly a research centre. And I was given an incredibly in depth look into the work the biologists are doing there. It's very very rare for artists (or anyone who isn't doing serious biological research) to be invited there, so I am completely honoured to be allowed to have a look (I was seriously surprised they said yes). They showed me exactly how Entomologists "pin" insects, and why. There's lots of details to pay attention to. Without them I would have never known to use "wood free" paper to label my shapes with, or where exactly to pin the Entoforms. Getting details like this right is really crucial to what I'm trying to do. Somehow it's also really cool to know that they use roman numerals for the months when they note the date (because the day/month order is reversed in some parts of the world).

At this point... I've just received my first couple of prints. And well... I'm incredibly pleased. They turned out extremely nice. I struggled quite a bit to actually pin them. The plastic of the print is really hard! This afternoon I finally found drills small enough to finish pinning the first Entoform, and a pen fine enough to write the labels with. 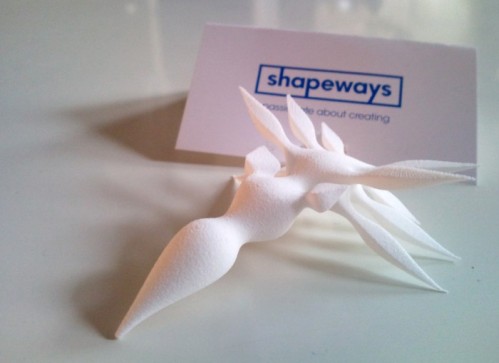 The project is nowhere near finished yet... I have a whole bunch of improvements I want to make to the scripts. Currently I can just about grow a leg with a knee, but I really want to add mouth's, and eyes, and... well... lots of stuff!!! I just have to figure out how to do so in python ;)

Tomorrow I'm going to an art gallery in the Hague to show them the first Entoform. They have some prints of previous works of mine in their collection and I'm curious to hear what they think about this new crazy thing I've been spending all my time on.

Also... yes of course... I will release all the scripts at some point... but right now they're a bit too "unstable", and don't even work with a "current" version of Blender. 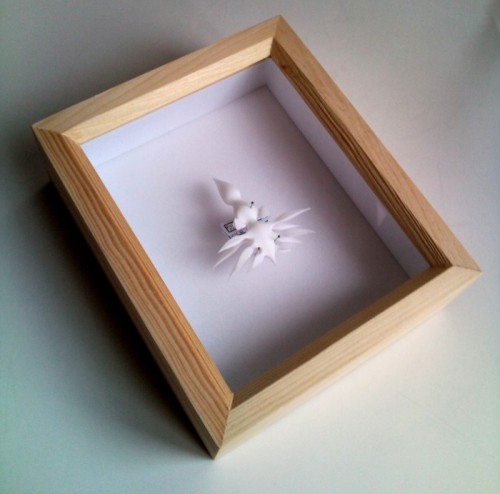