Dropping by BlenderArtists, I noticed some of the featured artwork and decided to check it out.Â  Here are three works by Marcin Wodzynski (Marcin.)Â  I also did an interview with him.Â  Thanks, Marcin!

BlenderNation: How long have you been using Blender?
Marcin: 4 years, (but this is not exactly what I remember.)

BN: What got you interested in Blender?
Marcin: I was looking for such a program which would have a minimum size, would work on weak hardware (I have a laptop), and at the same time be able to do simple 3d games. I found Blender. Over time, the graphics started to interest me more and I became even more interested in 3D animation and game art. 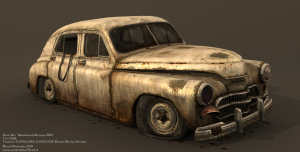 BN: How long did it take you to make Old Fence, Abandoned Warszawa M20, and Diamonds?
Marcin: Abandoned Warszawa M20 - the high poly version was done in about a month. That is to say: modeling, unwrap and texture creation. A low poly took a week and went pretty quickly for modeling, unwrap, bake, and minor changes to the textures.
Modeling in Blender 2.47
Render Blender Internal AO
Textures in Gimp

(See the BlenderArtists page for the Abandoned Warszawa M20) 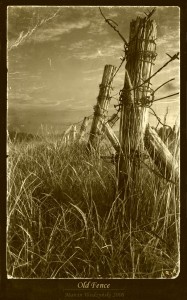 Old Fence - the work took about two and a half weeks. It was the most difficult to model and the grass was pretty realistic. Another post-production project was in the style of old photographs.Â  It was done in a realistic way to reproduce the passage of time and the style of the pictures in those days - in the year of 1919.
Modeling in Blender 2.47
Render Blender Internal AO
Textures and post in the Gimp

(See the BlenderArtists page for the Old Fence) 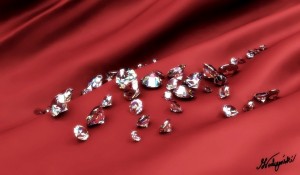 Diamonds was the fastest work I did.Â  I spent three days on it.Â  For the spillage of diamonds I used Blender GE engine.
Modeling in Blender 2.45
Render made in Yafray 0.0.9
Post in the Gimp.