A while ago I had the chance of getting my hands on the ManCandy FAQ DVD, made by Bassam Kurdali. This is the first title of the "Open Movie Workshop" series, produced by Blender Foundation.

After watching about 7 hours of videos I have to say: this is a must have if you are serious about making rigging and animating with Blender.

The videos present some very clever rigging approaches figured by Elephants Dream director. Understanding these concepts will help you not only with humanoid rigs, but about every character rig you may face. 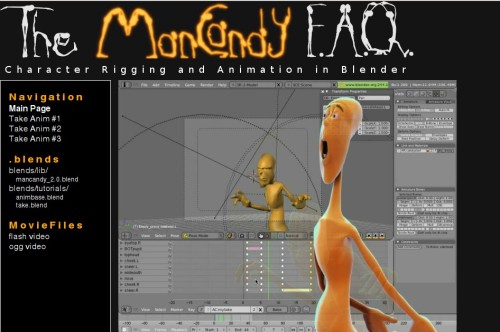 I found particularly good the idea of making a special video covering the 'basics' of what the viewer will face. Bassam took a basic low poly mesh and applied some modifiers, explaining what they do and why they should appear in a particular order in the modifier stack. These basic principles are heavily applied on ManCandy, and should be considered when you have to create your next rig.

The DVD is made to run on computers, not DVD players. Actually I found it to be a good choice, since a lot more footage could be included and - after all - you'll use Blender on a computer, not your DVD player, heh. ;)

Since I'm on Linux, all videos played painlessly, but I think it would be a nice idea to include a player (like VLC) to view the OGG files on other platforms. Maybe the absence of it could be due some legal issues, so I don't think it should be considered a flaw.

The videos have well thought annotations, used to make clear some concepts or even remember the viewer of some extra things involved (like useful keystrokes).

Another cool approach was the use of the 'vitruvian' Mancandy to visually extend the menu: if the user clicks on a leg, you get the video of how to make a leg rig, and so on. 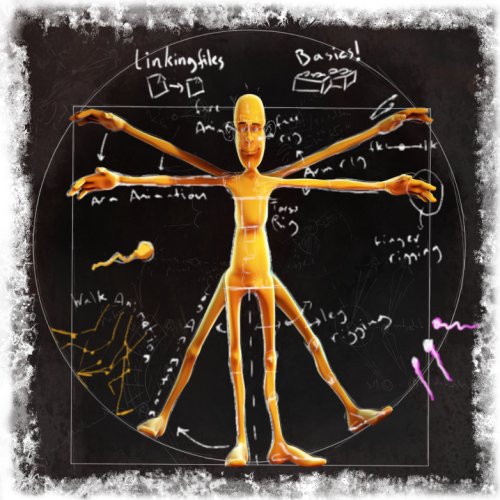 When it comes to animation, the videos do exactly what Bassam stated on his ManCandy FAQ FAQ: they explain the technical side of it (setting keys, posing the character and so on). To get deep into animation, I make his words mine and say: go also get Animator's Survival Kit, by Richard Williams (read a nice review of it) and the Preston Blair book.

Kudos for Bassam and Blender Foundation for making this great resource for all users around. As I stated earlier, it's definitely a must have! =)

Brazilian animator who uses Blender since 2003. Professor of 3D (with Blender, of course) and Digital 2D animation at UFMG (Federal University, Minas Gerais' state), Brazil. Writer of Blender 2.5 Character Animation Cookbook, from Packt Publishing. Has a MFA degree with a research involving tools for free character deformation in 3D and is now performing a PhD research on distributed creation of media and animation.