Robert Schober has directed/created a music video using Blender for all modeling and animation. The video, "Dear Valentine" is the first animated video for The Burning Tree Projekt for their debut on MTV CHI and Asia.

Rendered at 12fps to give it a more stop motion feel, the video is ushering in an age of Blender being used for professional music videos. The official release of this video is currently on hold so live performance footage can be added. Once the performance footage has finished filming and edited into the animation the final version will be released. I asked Robert several questions, and he was kind enough to tell me more about the project.

How long did it take to do (preproduction, actual production, rendering, etc.)?

This video took about 4 weeks - one for preproduction and 3 for production. Because of the tight time schedule, I did renders at the end of each day and added them into my timeline in final cut so I could see how it was progressing. 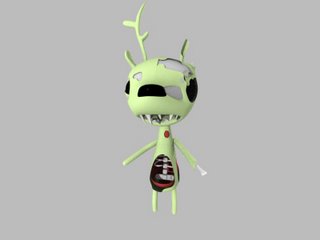 Were there any others that helped with the project?

I worked with my partner Warren Woodward (the valley arena) on the concept and he shot my green screens. The animation and design is all myself though.

Did you use the Blender Internal renderer?

Yes I did. This is my first project dealing with 3d. In my videos I work extensively with After Effects. I do mostly 2d motion design and animation. I just started working with Blender in December when I downloaded 2.4. Needless to say, I haven't figured out pov-ray or yafray yet, nor did I think a mac mini and a powerbook would be able to handle the renders for a 3 and a half minute video in three weeks when both were also being used for other aspects of the production simultaneously.

My render settings were default ambient occlusion and an oversample of 5. The dream sequence is just shadeless with edges and then was multiplied over a scanned piece of old paper from a pulp novel. 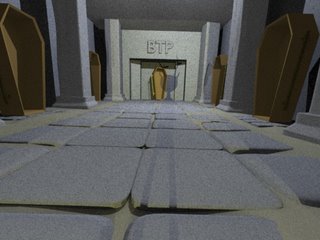 Why did you choose Blender to do this project?

I chose Bender because I wanted to try my hand at 3d rather than contracting the work out to a studio. A seat on maya looked a little too pricey for me at the moment (im a 25 year old starving director) so free seemed like a good price for trying 3d out.

Beyond the amazing results of this powerful tool, I was really taken with the open source community and wanted to use as much publically developed and shared artwork as possible. The medical chart in the x-ray room in the video was done with Gimp.

Compositing and editing were done in After Effects and Final Cut Pro. The freeware alternatives for a mac aren't here yet, but when they are, I'll make the switch to a fully open-source workflow.

Were you doing this under Revolver?

I'm a director signed with Revolver Films (I'm listed with the directors on the site under the name Roboshobo). I have directed videos for Capitol, Warner Bros, Subpop and astromagnetics as well as many indies.

This particular video was very low budget so I produced it with my side project ROBOWAR, a collaborative directing project between myself Robert Schober (Roboshobo) and director/rock musician Warren Woodward. 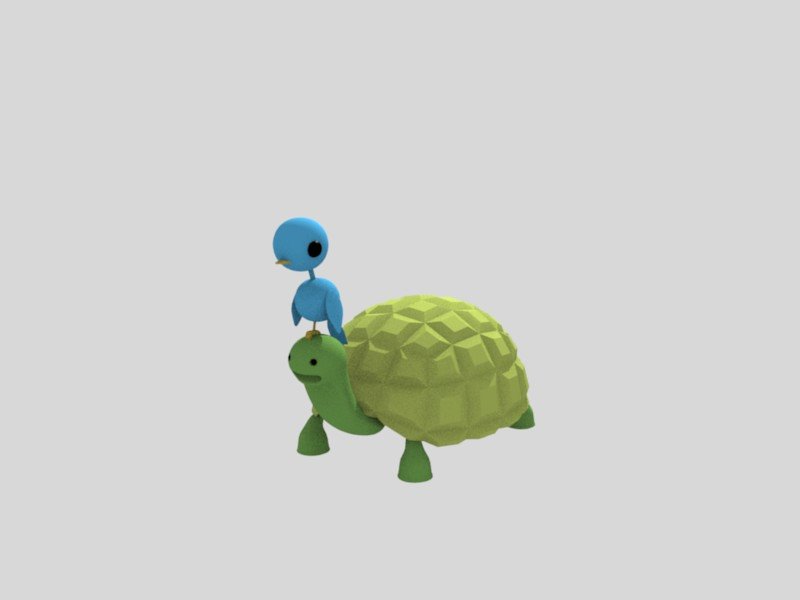 Robert also had a production blog that documented the project with some great images found there (which are the images above). So take time the time to watch the video and enjoy!