My first delve into complex simulations. I made this after being inspired by Gabe Alexandrov’s image, I used 300,000 particles on each of the two splatters that were tied to a smoke simulation using the Smoke Flow forcefield And were stimulated using a Turbulence forcefield. The mesh was generated by using Metaballs on particles.
The materials are basic materials created by using Principled BSDF and multiple MixRGB nodes in series with Fresnel nodes. The pinkish look to the white paint and was done by using the Subsurface Scattering inputs on the Principled BSDF node.
Compositional interest was lacking thus the addition of the golden frame. Which is nothing but a an Icosphere with the Wireframe and Solidify modifiers. The focus of the composition is on the two objects in the center. Created by using a UV Sphere and a Displace modifier with a Clouds Texture. 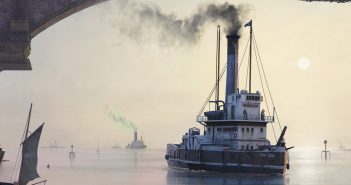 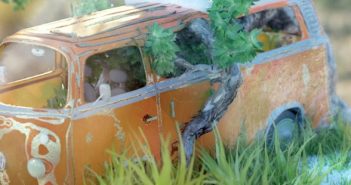