I started learning 3D in August 2018. Before that, I made digital paintings. I'm still very new to 3D art.

When I met 3D, my mind exploded. I was very surprised at what it was possible to achieve with 3D. The first 3D software I learned was Maya.

And so I looked for 3D tutorials.

I found a tutorial from Revolution, a channel in Brazil that publishes many free things for those who want to learn and cannot afford a course, and it was a great help to me.

Since then, I have been looking for tutorials in this area to learn more. I have no formal training in this area.

One day I want to go to college so that I can learn more.

My inspiration for creating Listening was a very old sketch that I found in my house while I was tidying my room lol.

And I really wanted to learn how to do hair.

So I thought I would try to make this character. 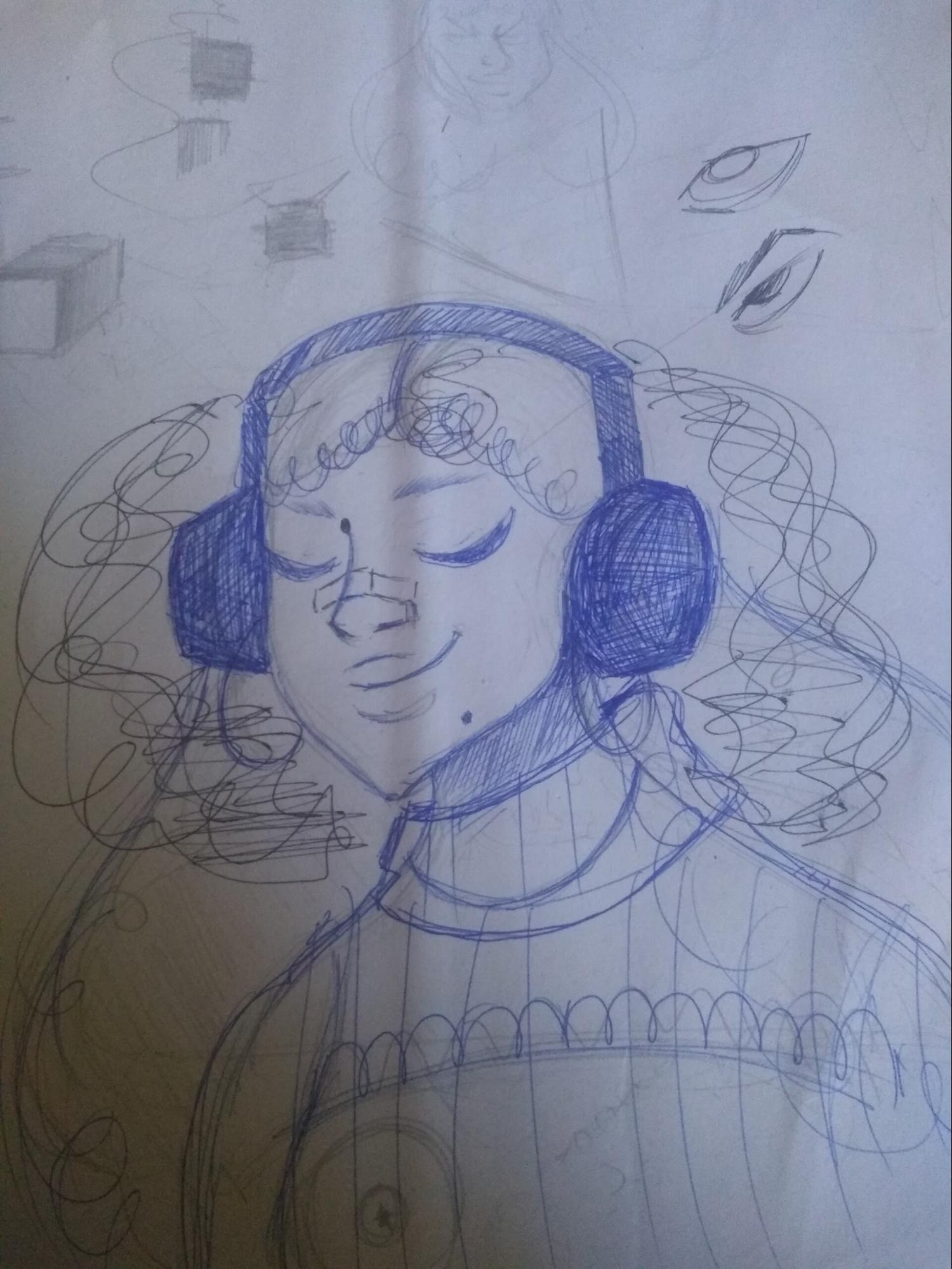 For the first step, I made a mood board to get an idea of ​​what I wanted the girl to look like. I searched for references on Google and joined them in Photoshop. 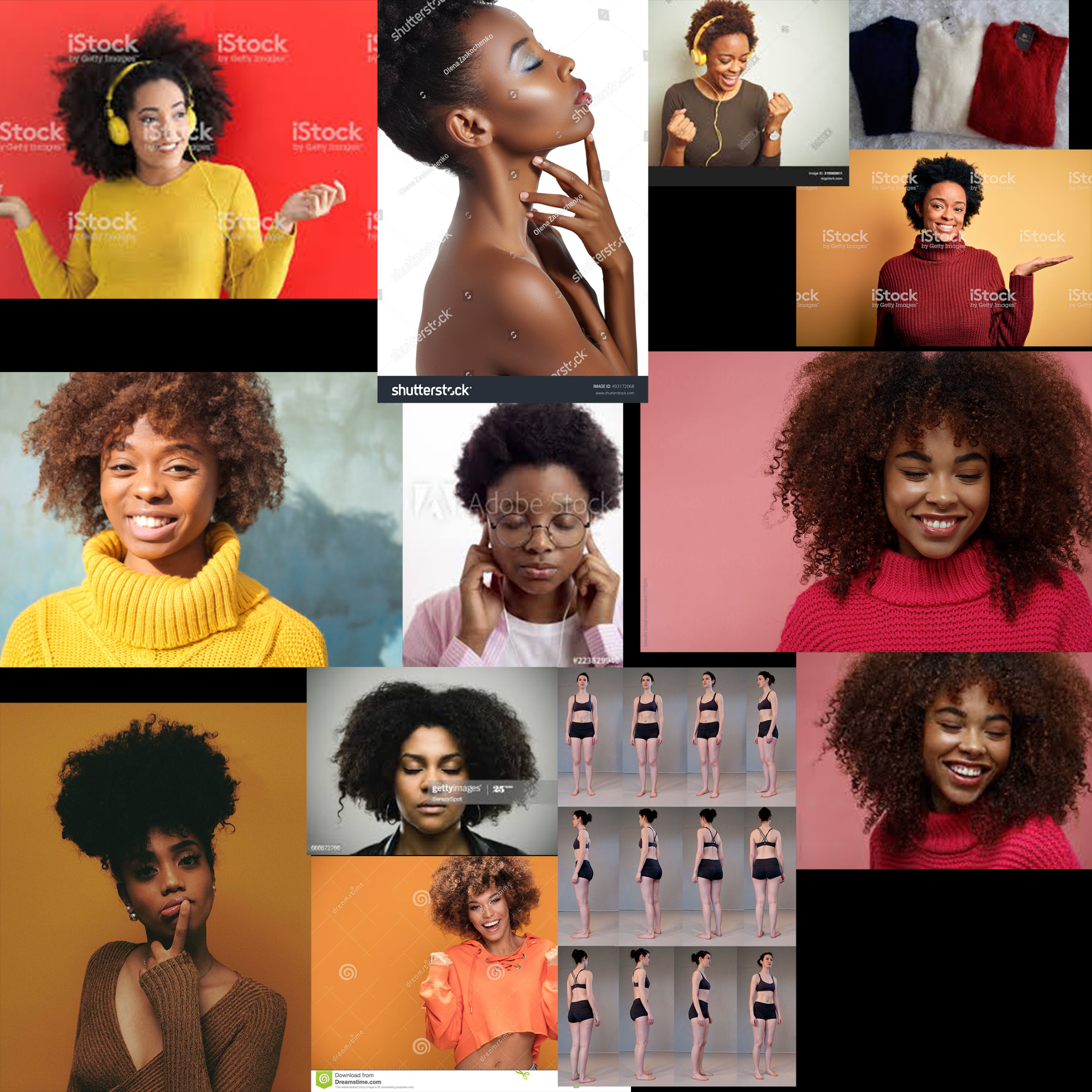 After separating my references, I went straight to ZBrush and started modeling the character using dynamesh. When I achieved a result that I liked, I decided to use ZRemesher and unwrap the UVs in the ZBrush. This project was not for animation, just for a small study. 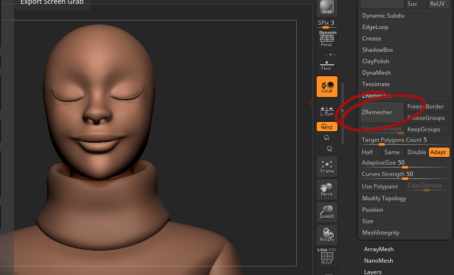 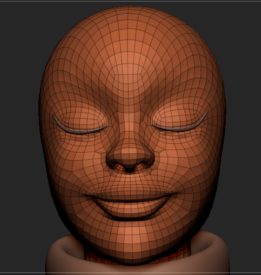 To make the headset, I used Maya. I had been using it for a long time and wanted to warm up to practice a little.

For the headphones, I didn't unwrap the UVs—I used a procedural shader in Blender Cycles. 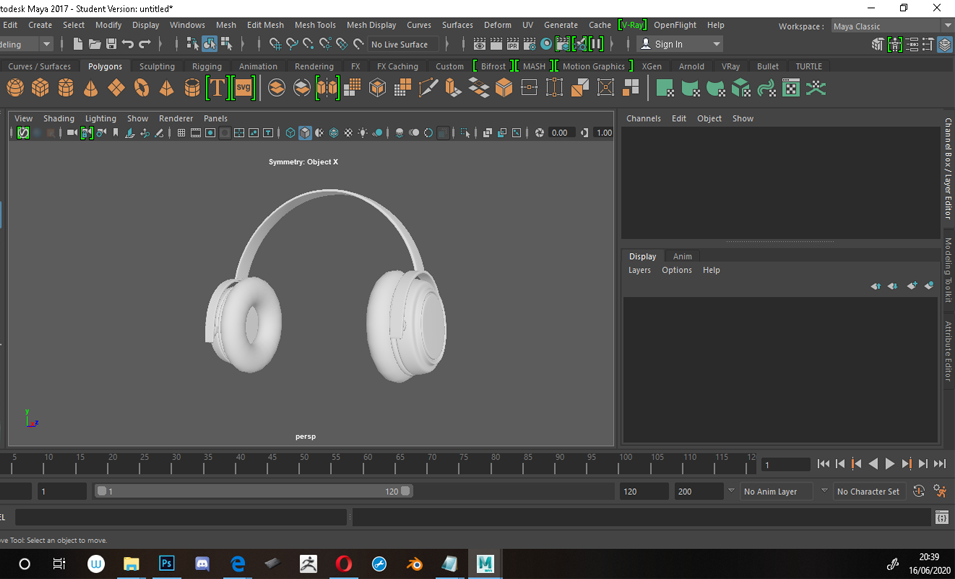 After completing these steps and unwrapping the UVS, I went to Substance Painter to texture the clothes and the head.

With the textures ready, I went to Blender and put my texture maps in; I used a procedural shader for the headphones. 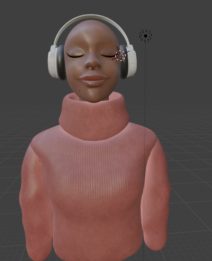 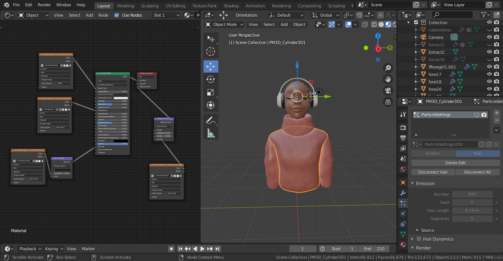 I had no idea how to do the hair, so I did some research and found an incredible tutorial that helped me a lot:

So I created a base and adjusted the hair according to my preference.

I separated these pieces of mesh from the head to make the hair and the eyebrows. 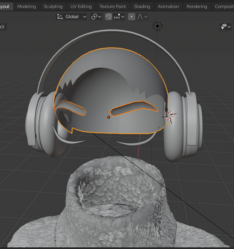 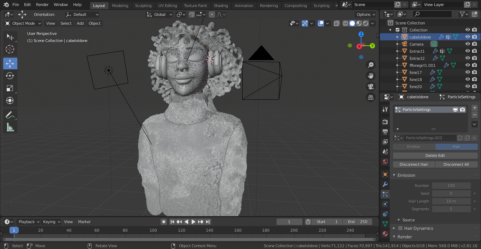 I also used the Blender hair editing tools to control the hair on my face and eyebrows.

And I used weight paint in the vertex group, which also helped with hair control. 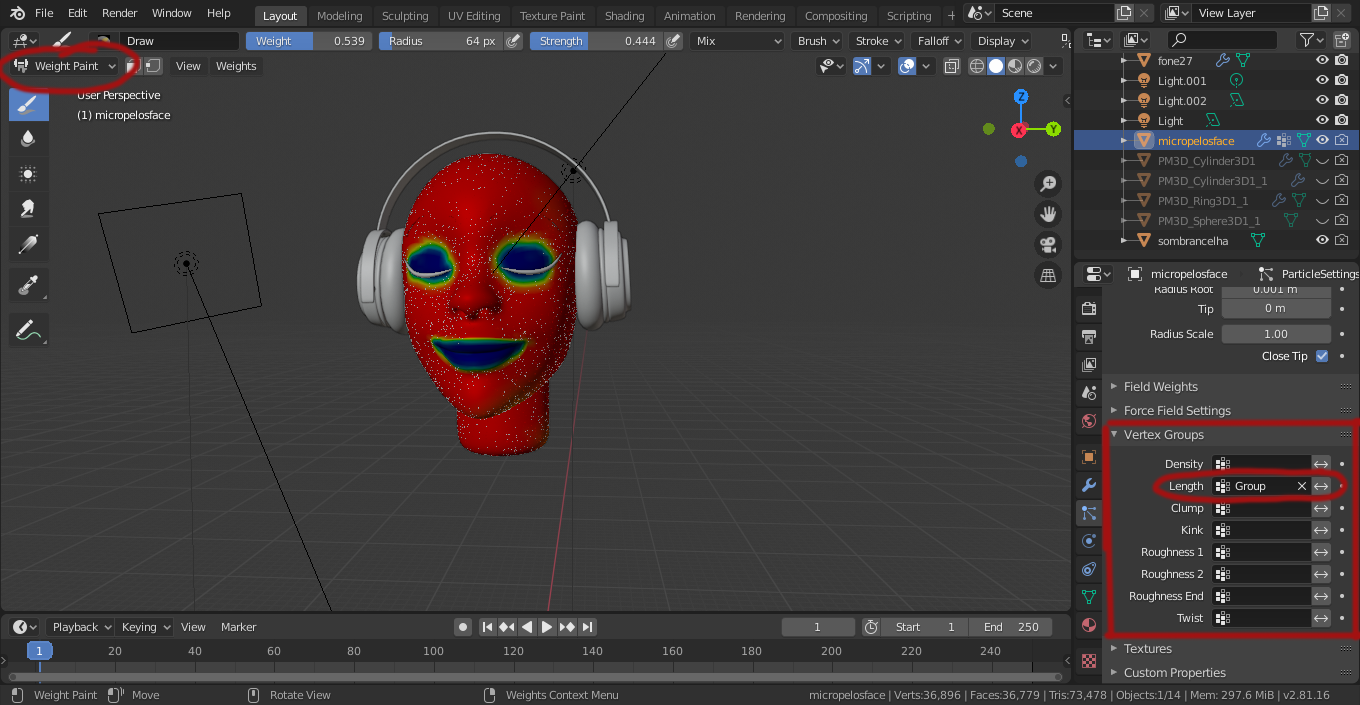 And finally, I went to render it. It was at this point that I went to test the lights and see how the scene looked.

I made several renders until I reached the one that I liked.

I also did many renders to see how the hair looks, because what is in the viewport is not always what will come out in the final render. 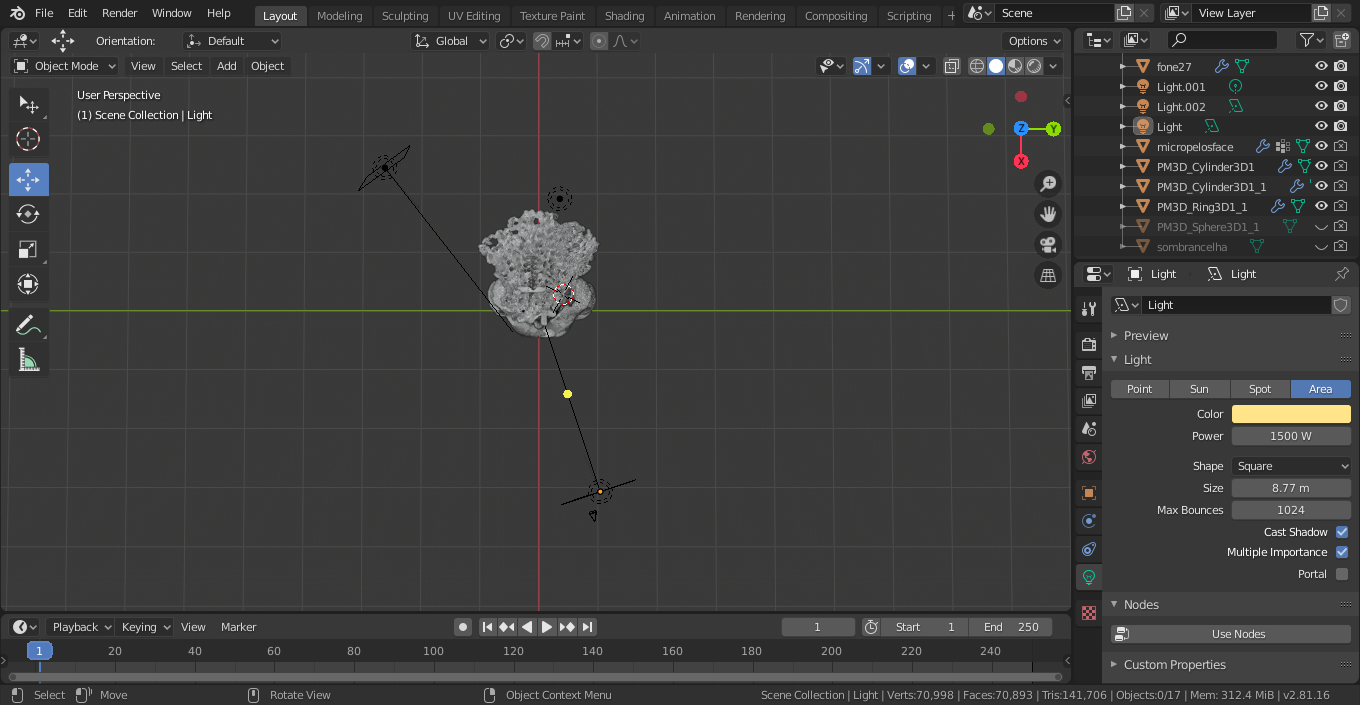 As I didn't have a defined concept, I changed many things in the modeling and rendering process. Since it was just a very free sketch, I also created and changed things in the image many times.

Here's a gif of the process.

Thank you so much for reading so far—I hope I have helped in some way. Thank you very much also for this invitation to participate in a Behind the Scenes. 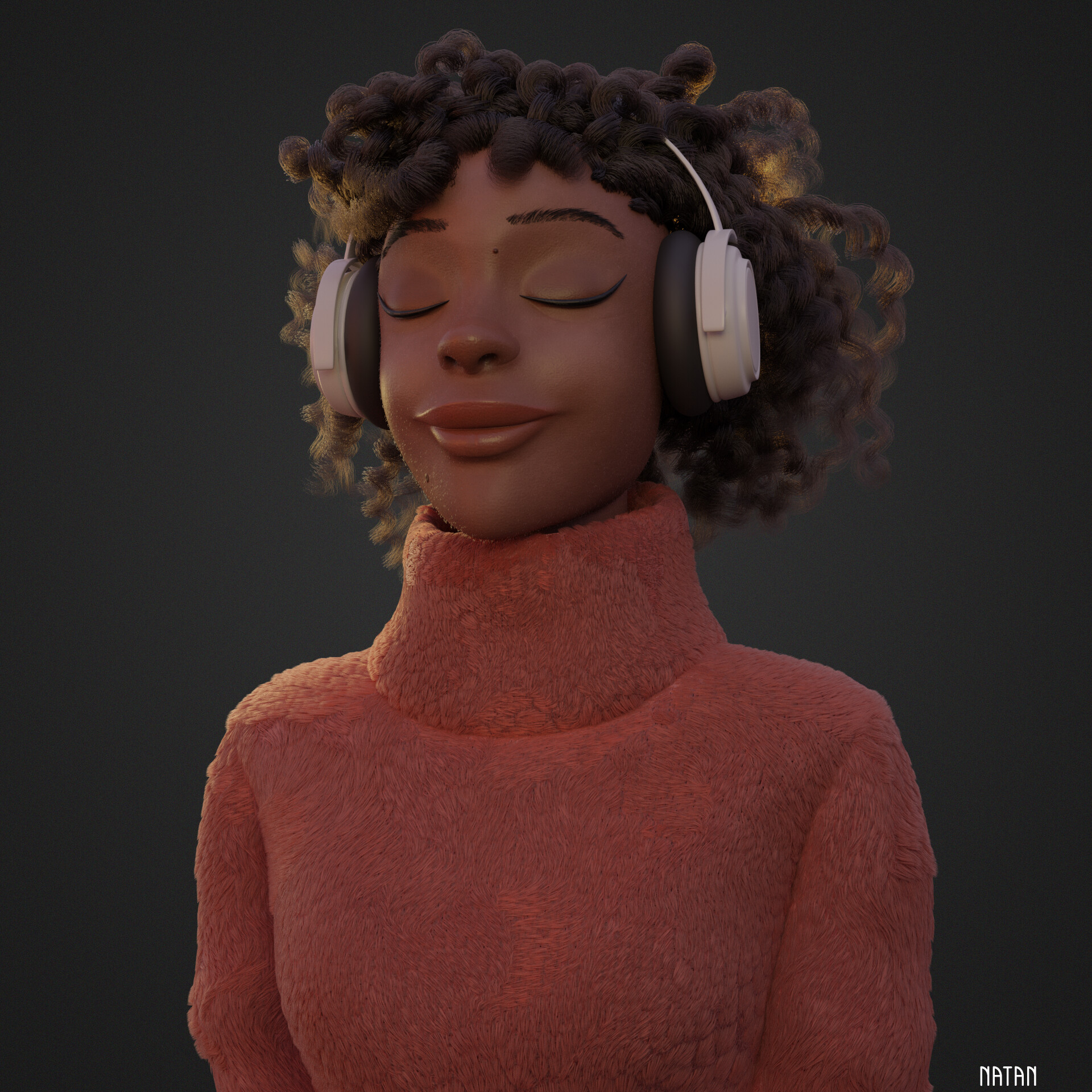 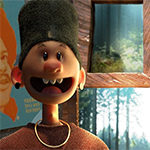 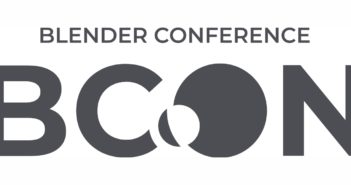 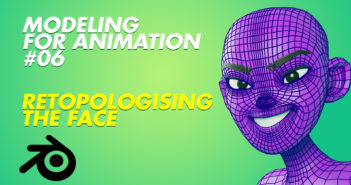 Next Article Modeling for Animation 06 - Retopologising the Face!