My name is Daniel Bystedt and I’m working as head of modeling and lead creature artist at Goodbye Kansas Studios in Stockholm, Sweden. I have been in contact with the developers of Blender for a bit and helped out with some demos for Blender 2.8 and EEVEE.

I studied CG here in Stockholm back in 2007-2009 and after that I was working a lot with commercial related CG for a lot of years until I ended up at Goodbye Kansas Studios. I have also been helping Pixologic with beta testing of new ZBrush releases since ZBrush4R5, doing a bit of tutorial work for 3D World, 3D Artist and some other publishers. After working a lot with Maya I started learning Blender since the render engine Cycles looked very easy to work with. I ended up falling in love with Blender and now I use it a lot both at work and when doing personal art.

I have been testing the new render engine EEVEE a lot since the development of Blender 2.8 started so I wanted to do a new EEVEE related project. I initially just wanted to do a simple character, but then I thought it would be fun to put the character in an environment, rig the character, do some animation… well the project just bloated basically. But that’s the fun with doing personal projects. You can explore and you don’t have to have a set deadline, unlike when doing professional work.

I mostly get inspired by other people's artwork. I really enjoy 2D artwork, since there are usually so many storytelling elements in there. I also find it very inspiring to look at art photography and get inspiration from outside of the CG community.

I’m always interested in creating faster workflows when it comes to detailing, which can take quite some time when it’s done manually in ZBrush. I put together a skin material for the detailed wrinkles in Substance Designer that I mapped onto the character in Substance Painter using triplanar projection mostly. 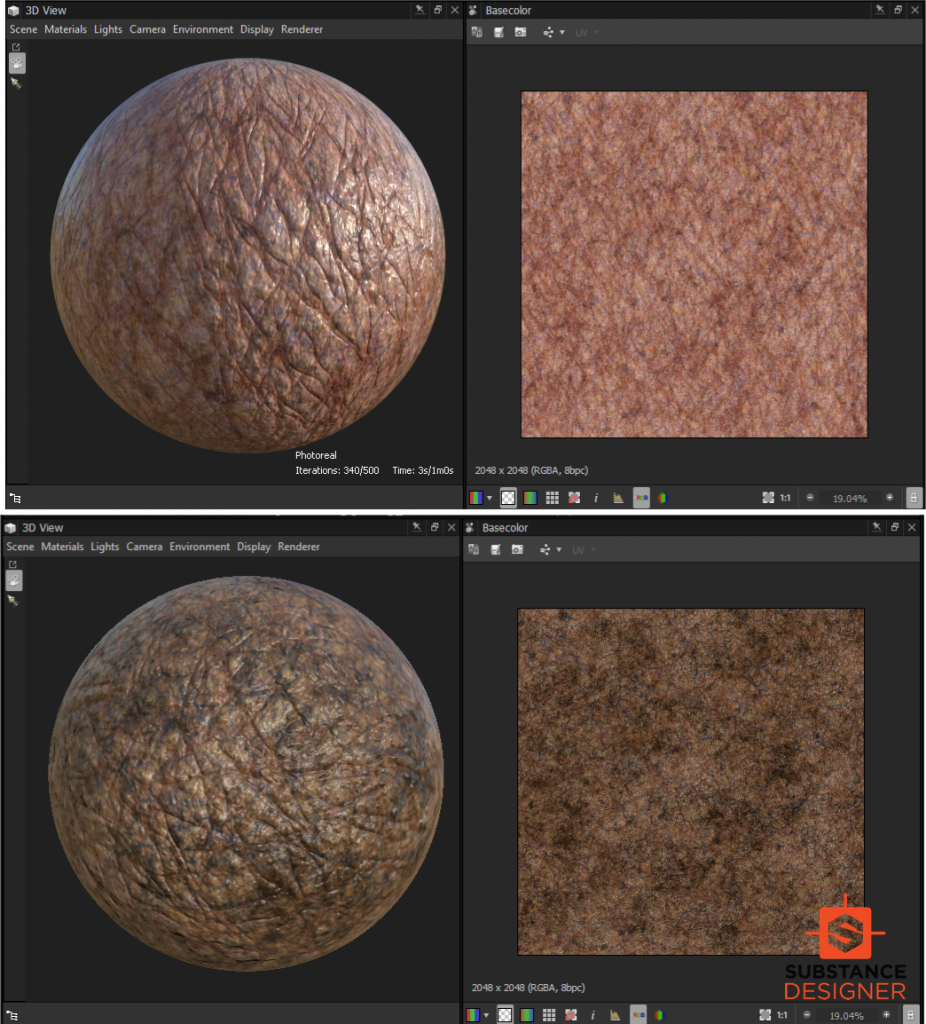 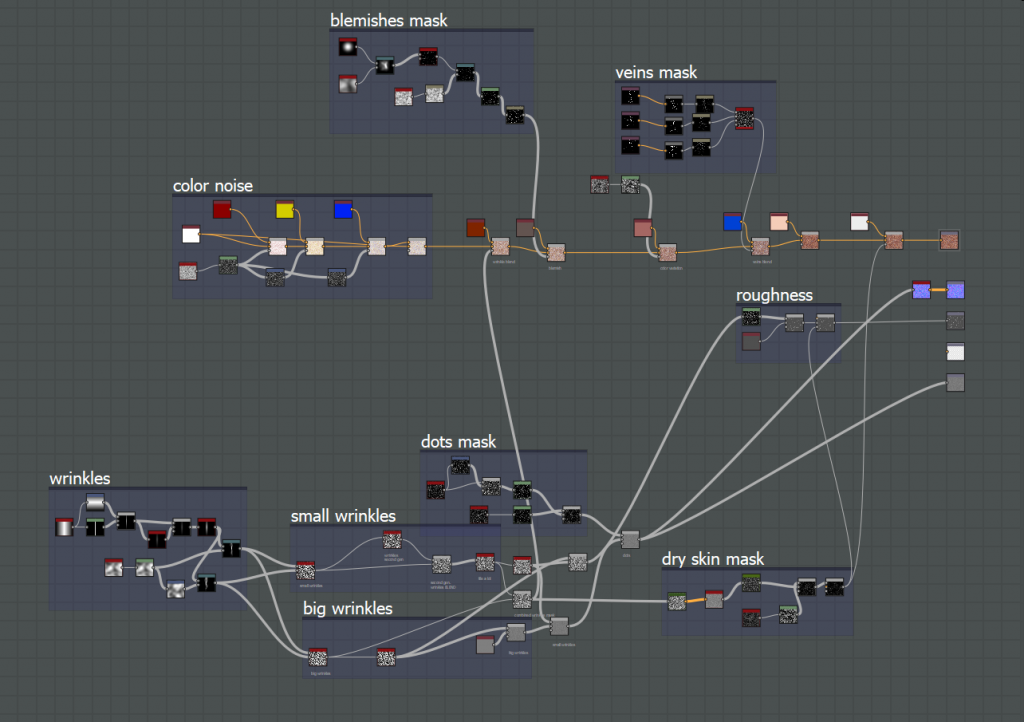 Here is an overview of the node graph in Substance Designer. It is not very complex, but it’s a great workflow to start naming the separate parts of your graphs with frames in order to not get lost the next time you open up the file. 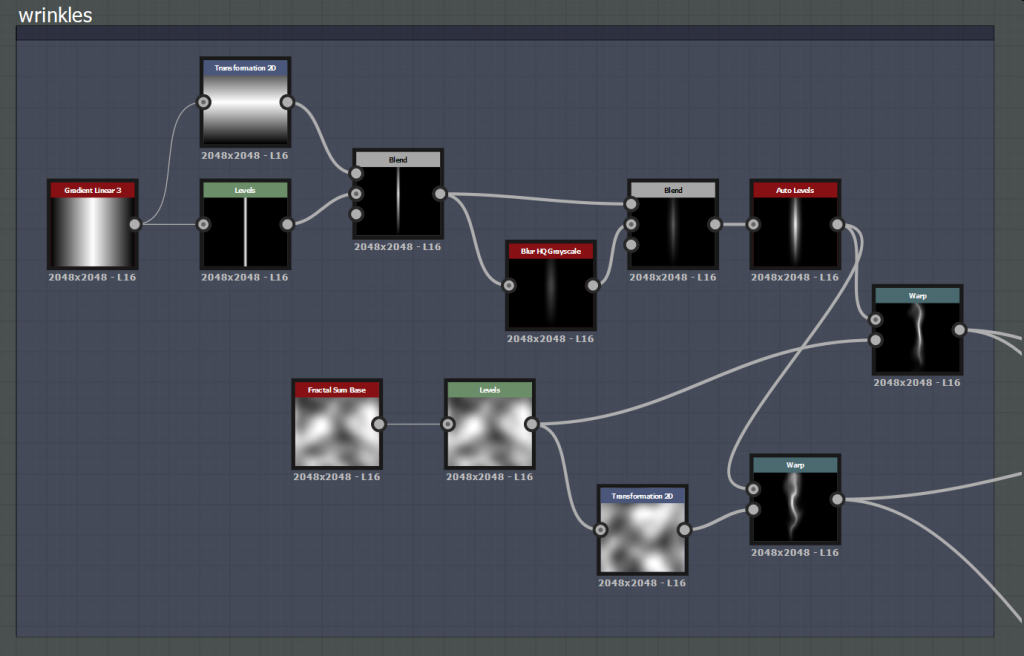 Here is a closer look at the two basic shapes of the wrinkles. It is just a line that is warped, basically. This basic shape is fully procedural. 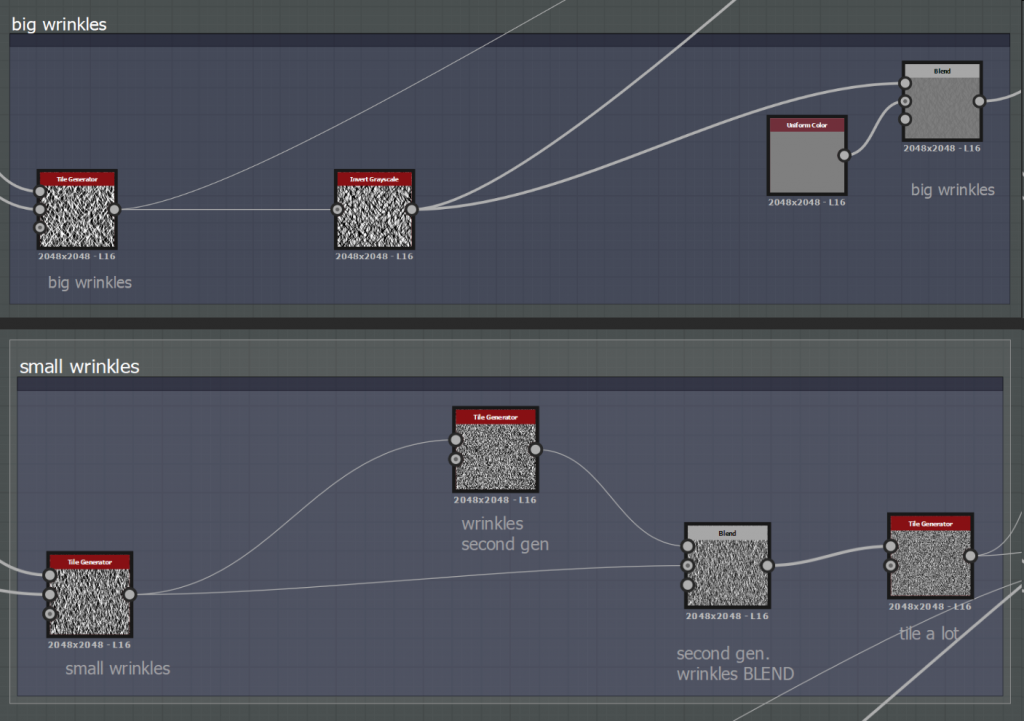 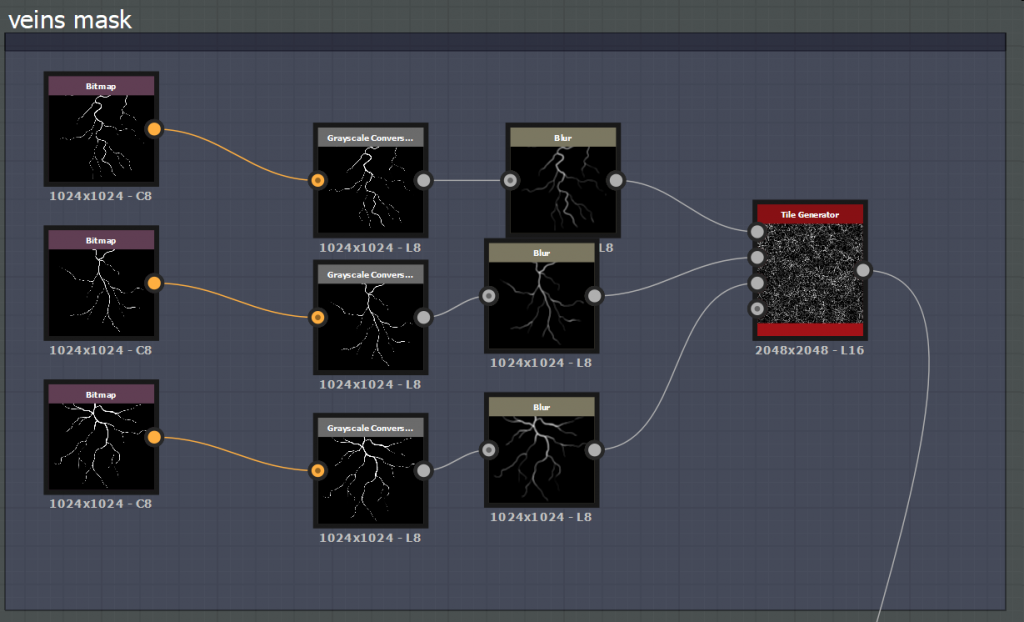 Here is a closer look at my veins mask setup. These are just affecting the color of the material. It is important to note that I have chosen to use painted bitmaps here instead of a procedural setup for the basic vein shapes. For me personally, I think it’s important to understand when you can just use bitmaps instead of setting up a complex procedural network. Painting some simple shapes can be done in no time at all, but creating a procedural node setup for creating the same shape in Substance Designer can take a lot of time. I usually approach things by thinking “simple and fast is good in the long run” and that usually helps me with finishing things in a reasonable timeframe.

When creating the environment, it was Blender all the way. Since Blender was still in development I used some bits of Blender 2.79 and some 2.8. Most of the hard surface assets were modeled using the amazing addons Box Cutter, Hard Ops and MESHmachine (they can all be found on Blender Market) in Blender 2.79, since all addons are not yet updated for Blender 2.8.

In my Goodnight Claire breakdown video I use realtime ambient occlusion to achieve some dirt and rust depending on the object’s shape. Let’s have a closer look and see how I achieved that. 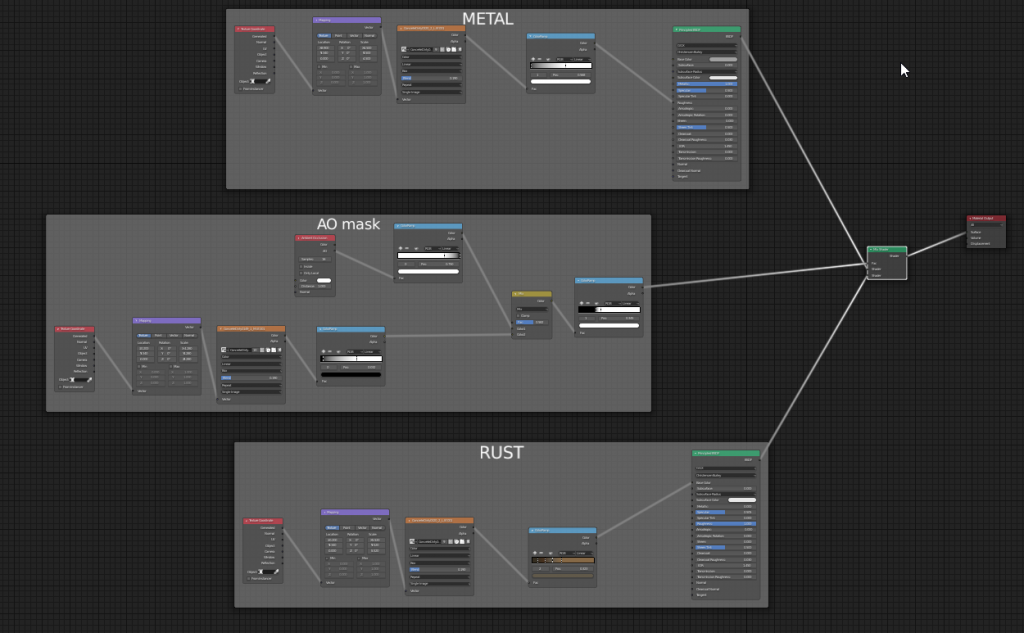 Here is an overview of the material setup. The AO mask blends the METAL and RUST material together in a MIX SHADER that is piped into the MATERIAL OUTPUT. Every texture is mapped with triplanar (or box projection as it is called in Blender) and no hand painting has been done whatsoever. 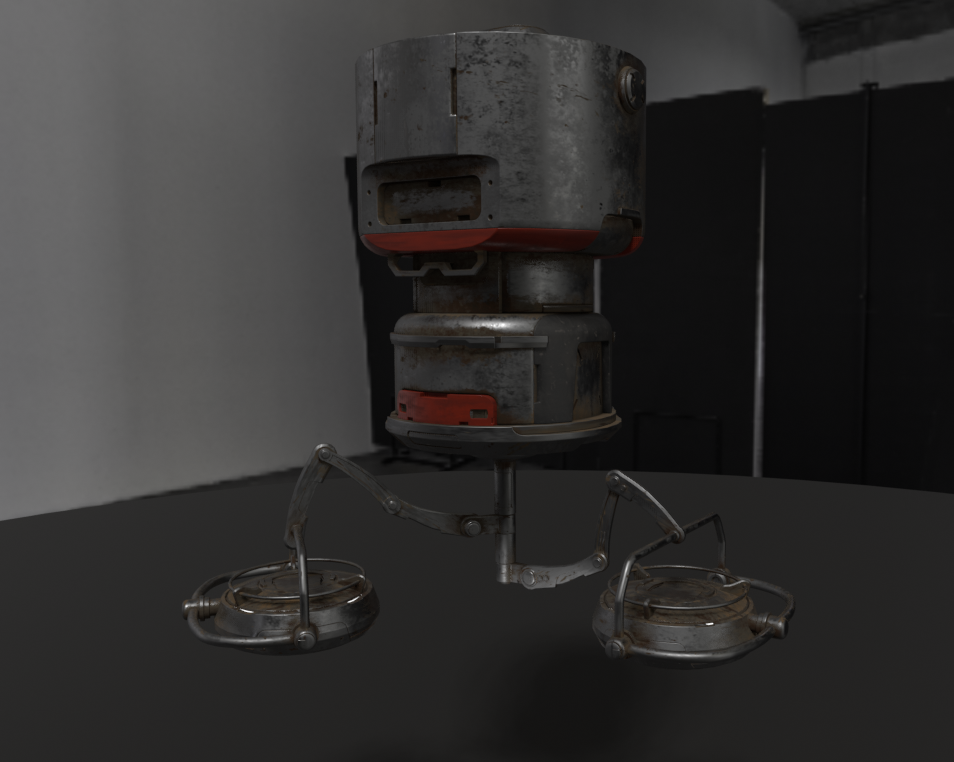 Here is the final shading in the breakdown video. 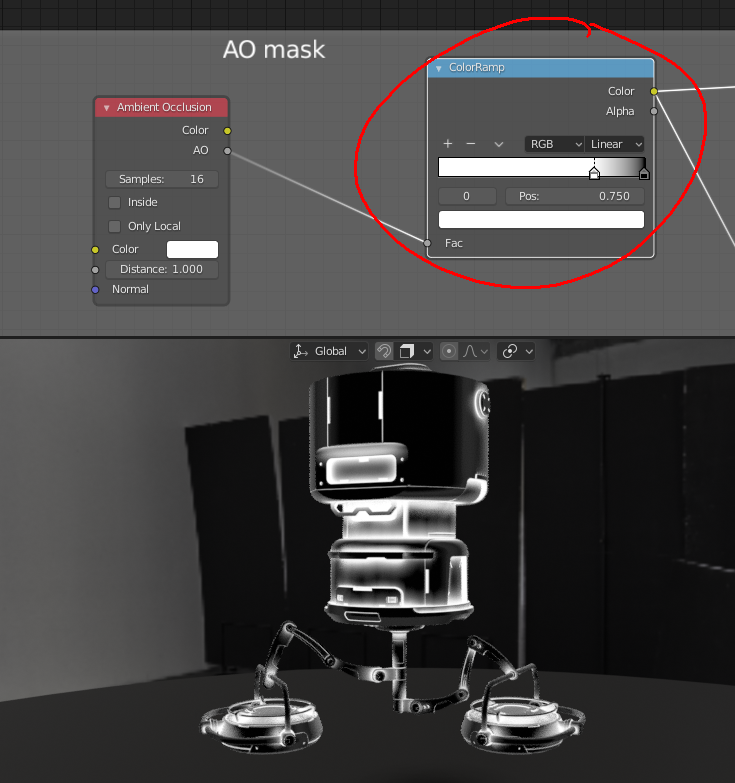 This part of the AO mask is the most fundamental. The ambient occlusion node works properly in cycles, but EEVEE can currently not use the full functionality of it (inside, only local, etc.), since EEVEE is relying on real time rendering. This basic setup needs to be broken up a bit in order to get a natural look. 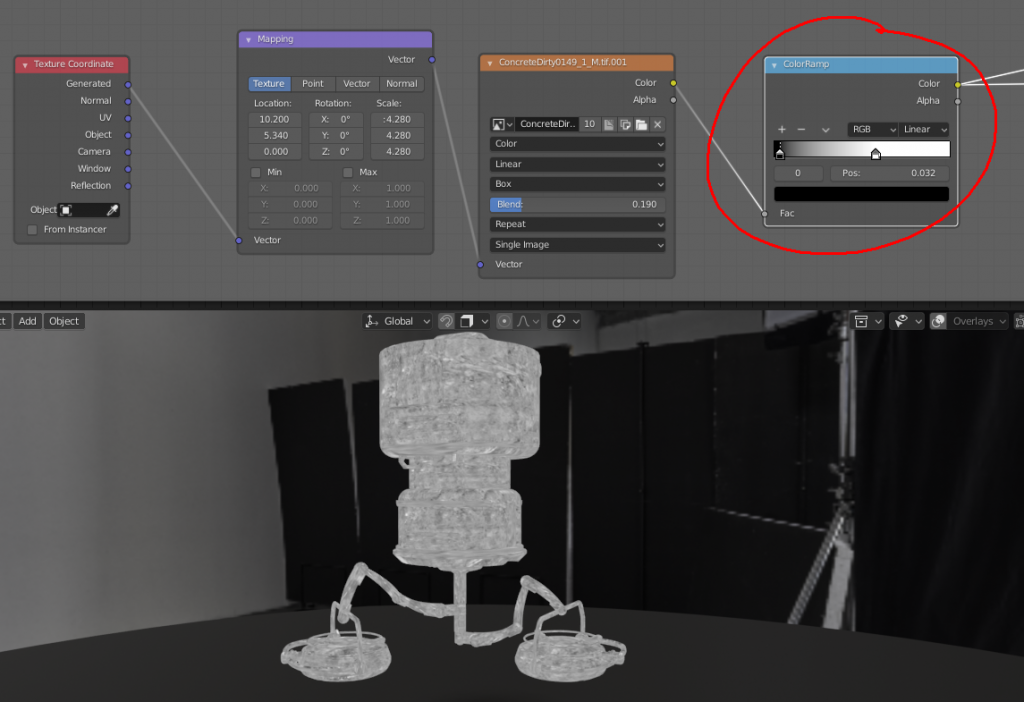 This part of the AO mask is just mapping on a texture with box projection and changing the black and white values with a color ramp. We will blend this texture with the ambient occlusion in order to break it up a bit. 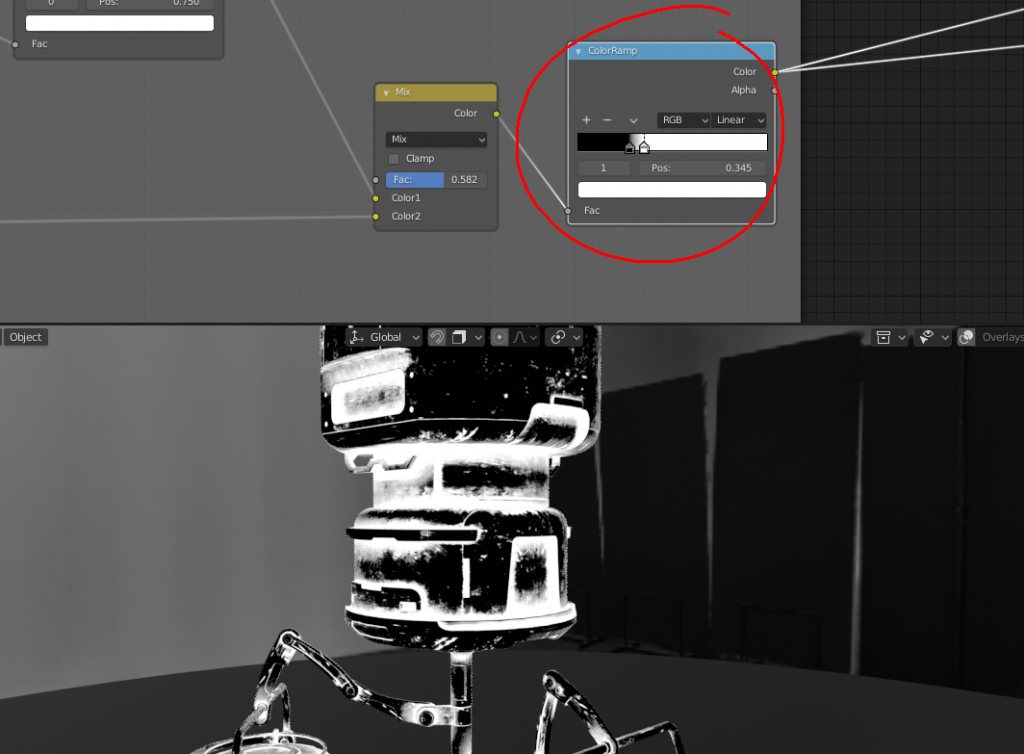 In this part I have blended together the ambient occlusion with the texture in order to break it up more and also give the final mask some more contrast. This is the final output of the AO mask.

I did some simulation on the tongues of the character using a low poly mesh that was driving the render mesh with a mesh deform modifier.

Here is a diagnostic scene whose purpose is to clearly describe the workflow of creating this simulation setup. 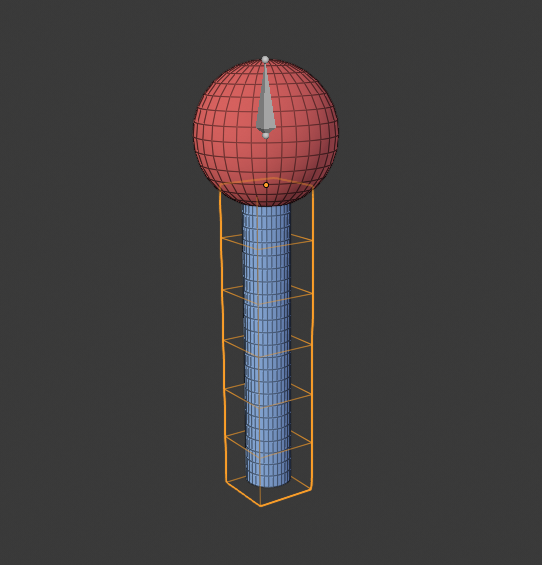 Skin objects to the armature

Animate the armatures bone and set up simulation

It is hard to cover each and every step of the creative process, but I hope that this tutorial article has been helpful in some way to get a better understanding of Blender 2.8 and parts of the creation of “Goodnight Claire”. It’s a very exciting time to be using Blender and the new realtime renderer EEVEE really opens up a lot of creative possibilities for us artists. 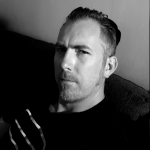 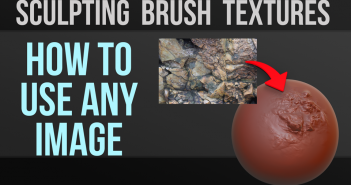 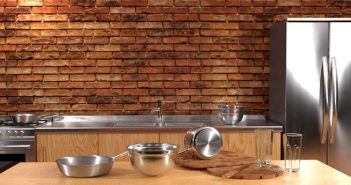