Kampoong Monster Studio from Indonesia presents the trailer of their upcoming production.

Our studio is called Kampoong Monster Studio. We got funded by telkom indonesia to continue our previous animation. The target of this animation is a short movie. For now, we got permission to release the trailer only while the animation is in progress.

The story is a about an adventure of a young girl named Vienetta with her pet Nagi traveling through mysterious island in Indonesia. We use Blender to model and rig characters, animations, texturing, shading and rendering. For the background we use Photoshop. The effect are manually drawn using Toon Boom. As the compositing software we uses both Blender and After Effects. 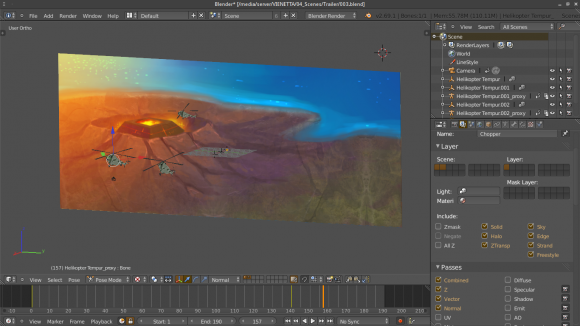