Hello fellow humans, my name is Cosmik Madness. No matter how many rumors you hear, I'm not an alien spy trying to destroy the world. I'm an Argentinian freelance digital artist, animator, and musician.

I started using Blender almost 13 years ago. I remember going back to my cave, exhausted from a hard day of hunting mammoths and playing with Blender 2.49b, those were the good days!!!

"Picture of caveman moving vertex on a screen, Pangea 2010, colorized.”

I usually do a lot of doodles of my characters using a 1:1 aspect ratio to practice composition.

For this illustration, I used one of my drawings because it seemed fun to recreate it in 3D.

"The pepperoni pizza is the answer you sheeple.”

I made some changes to the model that differed from the final and initial sketch, especially in the fluidity of the tentacles and the arrangement of the little stars, I also added some blurry abstract shapes in the background to finish framing the piece.

The modeling is very simple, my fellow human. The characters are made with basic shapes. The simplicity of shapes and the position of the faces is essential to produce Kawaii characters.

For the illumination, we can separate it into 3 steps:

Backlight is the most important step in this piece, since the characters are separated into 3 planes. The star in the background is part of the initial design but in 3D, it is separated at a greater distance than the rest of the characters to help with the bounce light to separate the characters. The tentacles are more reflective for the same reason.

The front light is composed of sunlight and point lights arranged to produce corneal reflections.

These lights are specifically arranged to remove a bit of the depth of the characters, making the planes not so marked without removing too much of the three-dimensionality. The camera is orthographic for the same reason.

And lastly, an HDRI to add a more realistic light and mood to the piece. 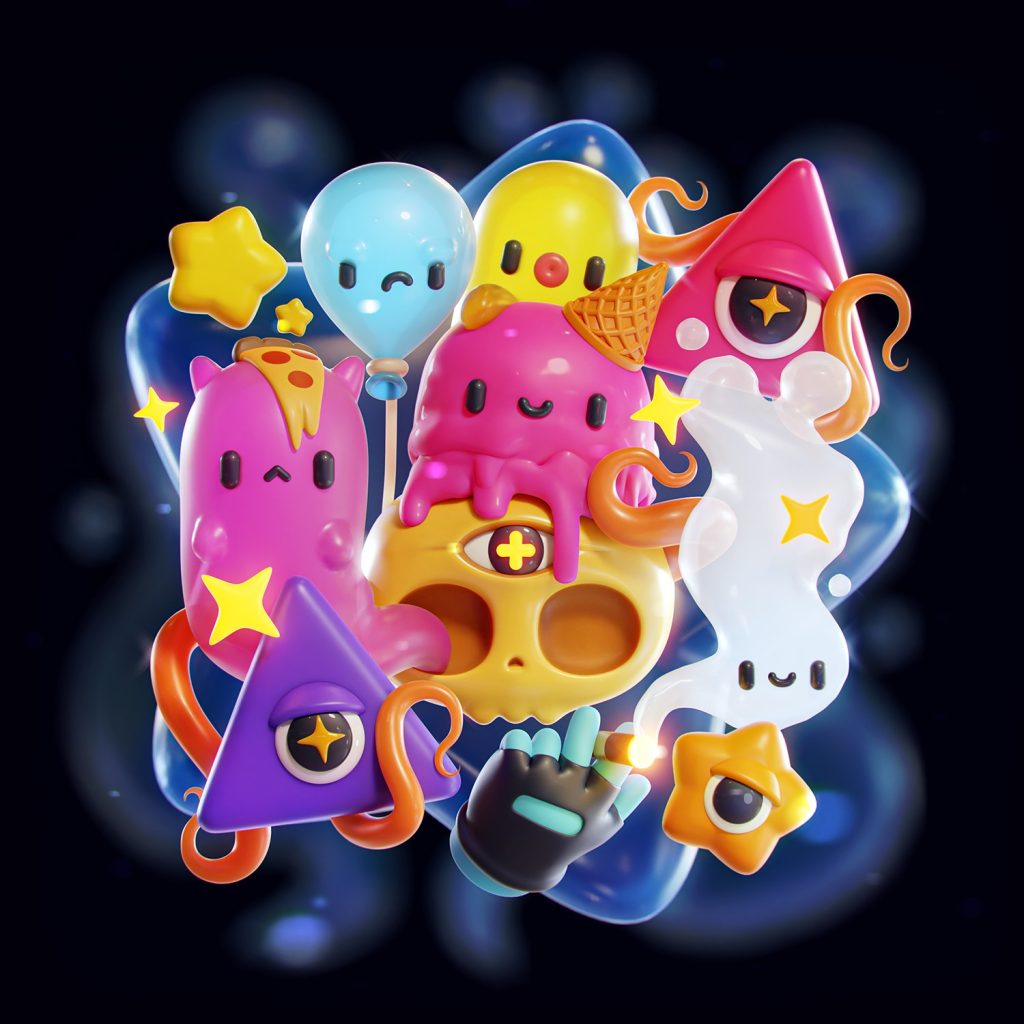 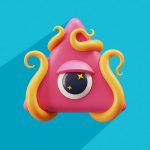 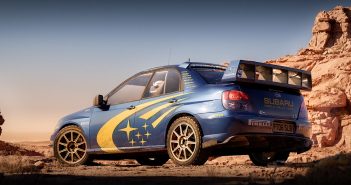 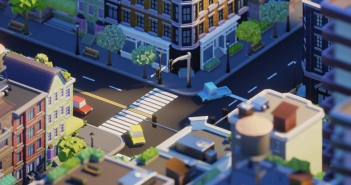