Here's a simple commercial I did for a local performance of La boheme. It was made mostly with Blender, but I also used After effects to do the 2D animation of the writing and the displacement and bump maps.

Since it was a very basic idea to begin with I tried my best to give it as much depth and texture as I could. The writing was made with several animated black and white maps to control the color, roughness, displacement and bump. With all that it was pretty easy to give it the look of the ink pooling on the paper and then being absorbed and drying.The initial stitching was made in geometry nodes, but my limited experience with it made me revert to using a Build modifier to animate it. I originally thought I could use dynamic paint to create the dips in the paper for each stitch, but I wasn't getting the look I wanted and I was a little short on time, so I used an animated displacement map for that as well.

I'm sure with a little more time I could have finessed it a lot bit more - I was planning hair particles on the stitching to make it look a little fuzzier for starters.

My client is The Greensboro Opera in North Carolina, and I've been doing their promos for the last several years.

Dolph is the owner of ZFT Studio which specializes in MoGraph and Animation, but also offers other design and art direction services. 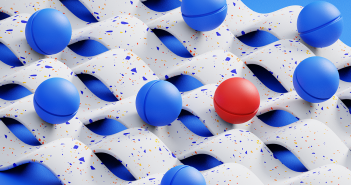 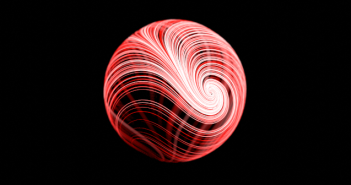